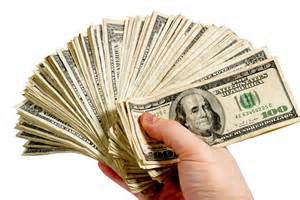 When I lived in my rectory on a lovely boulevard in downtown Augusta with a nice tree line center divide, I woke up one morning to read in the local newspaper that there had been a "sting" on my street and in fact in front of my rectory!

Decoy "prostitutes" lured unsuspecting Johns to approach them and once the Johns offered money for services they were quickly arrested.

Johns and prostitutes support each others needs. And thus we see this at work in the entertainment industry and in particular with the horrible reality shows that afflict our nation and our nation so gladly allows to afflict us.

It is all about money. The Johns are the top brass from the big entertainment network conglomerates. The prostitutes are the families and individuals who allow themselves to be bought for exploitation and in the case of children victimization and ultimately psychological abuse.

We already know about the horror that so many actual child actors went through especially in 1950's television. The actress of the youngest daughter, Kathy (Erin Grey) on"Father Knows Best" was sexually abused during the course of this show and her life cascaded into abject immorality although she later recovered.

Dennis the Menace star, Jay North, was physically abused and threatened by his aunt and uncle and on the set  of the show but behind the scenes.

Rusty Hammer of Make Room for Daddy eventually committed suicide as an adult.

And the list goes on and there have been some recent revelations about later child actors to include the suicide of one of the twins from "Everybody Loves Raymond."

The networks will gladly exploit the pathologies of their reality stars. Bruce Jenner is hailed as a hero and for his bravery in claiming he is something he isn't but has tried to make himself so through the mutilation of his face and body and through drug therapy.  All the publicity surrounding this is but a prelude to his reality show which will garner him millions of dollars from his John the network producing it. To call it narcissism would be an understatement. It is just plain corrupt capitalism at work in the most hideous way.

And that brings me to the Duggar family. I suspect a family with 19 children and counting needs money to make ends meet. What better way to make it and to make big bucks by prostituting their family life and their children on a reality show that became wildly popular? I have never watched it by the way.

The oldest child, now an adult, is revealed to have been a serial molester of several girls to include the incestuous molestation of two of his sisters when he was but a mere and very young teenager.

There are two culprits in all of this, the Johns of the television network that produced this reality show and paid the prostitutes, the Duggar mother and father, to exploit themselves and their children for mega bucks.

The same can be said about the mother of Honey Boo Boo who lives about 70 miles south of me in Georgia.

My sixth grade Latin and mathematics teacher overheard us discussing Hollywood and some film we had recently seen. She stopped, locked us in her gaze, "they have morals of alley cats", smiled sweetly and went about her business. I deeply admire classily trained actors, but entertainment is usually only a shadow of the personality of the person portraying the part. We have now skipped the facade and dived into a Weimar Golden Era style entertainment atmosphere that is a pornographic exploitation of the person as a product.

Some would say your teacher unfairly maligns alley cats

I think we have one more person to blame - those who watch these "reality" TV shows, which don't really reflect reality at all. If people didn't watch, no one would sponsor them. If men, and sometimes women, didn't seek out prostitutes, there would be no market for them. I don't absolve the "reality" TV "stars" of blame, nor do I absolve the Johns of blame. I just think we all need to take a look at ourselves and ask ourselves if we're contributing to the problem by watching morally reprehensible movies and TV programs ourselves, and if we're continuing to patronize those who sponsor such shows. I know I cut my TV watching down to almost zero, and I feel much better for it.