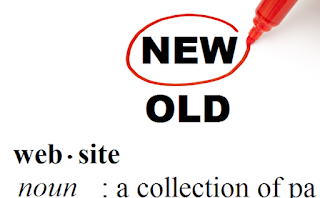 The Supreme Court as changed the definition of marriage as a state or civil institution. It is a new definition! In doing so it has polarized the civil realm and the religious realm in a area that once had common agreement about the nature of marriage between one man and one woman. The USA as well as other countries though have allowed for divorce and remarriage after divorce something the Catholic Church does not recognize for those heterosexual couples no matter their religion. Their first marriage if valid is for a lifetime. We have coped well with this polarization between the civil and religious and we have ministered to couples in irregular marriages as well as their children. We are not prevent these children from being baptized and receiving a Catholic education or CCD.

The same will be for same sex couples who have children. The Church can minister to the couple, who like heterosexuals in irregular civil marriages, should not receive Holy Communion. However, they may attend Mass for the graces and in fact if Catholic they are obliged to attend Mass under the pain of mortal sin. Their children should be baptized and given a Catholic education or CCD classes and the other sacraments of the Church.

I have had a couple of children in my parish who have parents who are gay and in committed partnerships. I did not stand in the way of these children to be baptized if I could ascertain that their parents or grandparents would be sure to rear the children in the faith and prepare them for subsequent sacraments.

While the Church would have preferred the Supreme Court to give same sex couples in "legal civil partnerships" a legal civil platform named "civil union" and not marriage, we should not interfere as the institutional Church from allowing those in civil unions from receiving the same civil benefits as heterosexual civil or religious marriage. The Church should not support discrimination of homosexuals unless their lifestyle and ideologies oppose the philosophy and teaching of other institutions, secular or religious.

At the end of the day love wins not only for the gay community, if love is properly understood, but also for the Church.

However if the Supreme Court's decision presages a persecution, marginalization and suppression of the Church to the point the Church forms its own circle the wagons community out of fear of being stigmatized and restricted from jobs, housing and the rest of it, we have to fight tooth and nail with the spiritual and legal resources we have to the end. Civil disobedience will be a part of that. Martyrdom even in a symbolic way also.

To keep Catholics from succumbing to the corrupt culture of sexuality and civil marriage, heterosexual or homosexual or whatever combinations, we must make strong the Catholic teaching on the Sacrament of Holy Matrimony and what is expected of Catholics as it concerns marriage and sex and mortal sin:

1. Catholics must be married in the Catholic Church by a bishop, priest or deacon (I believe the permission given after Vatican II to Catholics to be married in other ceremonies is/was a major, major mistake. That must be rescinded! Catholics must receive the blessing of the Church through the Nuptial Blessing offered by a bishop, priest or deacon to have a valid sacramental marriage--this is a shift in theology to bring us to the theology of marriage of the Eastern Rite in union with Rome. No longer can we or should we say that the couple is the "officiant" of the Sacrament of Marriage of which the bishop, priest and deacon are simply official witnesses. The official witnesses are the best man and maid of honor or any two people of whatever combination. The bishop, priest and deacon provide the validity of the Sacrament! Change this now!!!!!

2. Those Catholics who enter into any kind of civil marriage are considered to be living in sin and may not receive Holy Communion unless they renounce sex within their relationship.

Finally, Pope Francis has reassured us in his homily for the Paliums of the new Archbishops today the following:

Everything passes, only God remains.  Indeed, kingdoms, peoples, cultures, nations, ideologies, powers have passed, but the Church, founded on Christ, notwithstanding the many storms and our many sins, remains ever faithful to the deposit of faith shown in service; for the Church does not belong to Popes, bishops, priests, nor the lay faithful; the Church in every moment belongs solely to Christ.  Only the one who lives in Christ promotes and defends the Church by holiness of life, after the example of Peter and Paul.
Posted by Fr. Allan J. McDonald at Monday, June 29, 2015

The children have to understand and believe that their so-called "gay parents" are doing something wrong and that they must pray for their parents. This is only likely to occur if the the "gay parents" tell their child that they are doing something wrong. Otherwise, the child becomes a "witness" for the so-called "gay marriage" crowd and will tell their friends that everything is OK.

If there is a battle to be won, it has to be won beginning at the earliest stages of schooling.

Get the homosexual teachers out of Catholic schools -- "out" or not.

Usually, church weddings are held at the church of the bridge. So what do you do if the bride is not Catholic (whether Protestant, Eastern Orthodox, Jewish or whatever) and the groom is Catholic? Can pretty much forget about an ecumenical wedding if we insist on the Catholic route for every wedding....

AS for Paul's recommendation to get the homosexual teachers out of Catholic schools---"out" or not---what are you going to do? Ask if an applicant for a teaching position is gay? Assume the applicant is such if he or she is not married by a certain age? I thought the Church's view is that being homosexual is not a sin, but acting as such is (just as heterosexual relations out of marriage are a sin),

In most dioceses, including my own, lay teachers, no matter if Catholic or not, sign a moral's clause.

I had to let go of a Catholic teacher who had planned to be married in the parish to a Methodist, but she decided to marry in his church and become a Methodist.

Was she let go because she was leaving the Church? Do teachers at your parish school have to be Catholic?

I don't have any issue with a morals clause---I mean, why would anyone want to teach for someone or something with opposite views? Any more than the national Democratic party would hire a Republican, or vice versa.

Anonymous, is a homosexual teacher prepared to condemn homosexual actions in all cases? How about if the subject is brought up by the student? How will "love", "hate" and "bigotry" or sexuality in general be taught or characterized by the teacher? If teachers are sacked I have no doubt there will be legal challenges, accusations of "witch hunt", "discrimination" and all the media and social fallout Do we weather the storm now or do weather the storm later? Or does the storm ever end?

As recent supreme court opinions show it doesn't take a bunch of cases or an amendment to have sweeping changes, it only takes one case. No doubt there are those who are willing to challenge religious rights and criminalize Catholic teaching and policies -- just for the "fame" -- if for no other reason.

These days, it seems that Catholicism's worst enemies are Catholics who have strayed from church teaching and their Catholic enablers some who are raising children who become acclimated to the climate. Those people skirt by be being people of power or have a schizophrenic position: "I do not support evil BELIEFS but will not stand in the way of others who do support evil BELIEFS." They hide behind the word BELIEFS while others do the ACTIONS.