THIS IS SAD AND SICKENING ON MANY DIFFERENT LEVELS 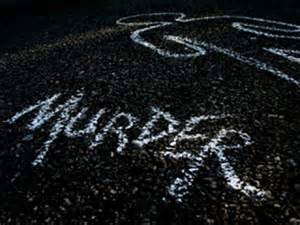 I was stationed in Albany, Georgia as my first priestly assignment from 1980 to 1985. This arrest and the charge of murder will certainly be tested by pro-choice groups. Should this mother be charged with murder when in so many other states on can murder a child in the womb almost to the 9th month?

Associated Press
ALBANY, Ga. — A south Georgia woman has been charged with malice murder in the death of a 5 1/2-month-old fetus she delivered after taking an abortion pill.

WALB-TV reports 23-year-old Kenlissa Jones took a Cytotec abortion pill she purchased on the Internet and delivered the fetus Saturday night. A neighbor drove Jones to the hospital, but she delivered the baby boy in the car.

Officials said the boy died after about half an hour at the hospital. Jones was arrested and taken to the Dougherty County Jail.

Dougherty County District Attorney Greg Edwards said the case will likely go before a grand jury. He said Georgia and federal laws will need to be explored. Under Georgia law, no abortions are authorized after the first trimester except in medical facilities.

Well, my sinful self wants to say, "natural selection." Christ have mercy…

What punishment can be greater than the loss of a child?

We should punish the doctors and Pharma companies. The moms... they are their own punisher.

A good can come out of it the case increases public awareness of the schizophrenic laws.
Enforcing a this law can save many future babies.
It's less about punishing her perse, than about deterring others..and standing up for what's right..and Georgia not caving in by the inaction of not enforcing this law. As they say, Satan only needs good people willing to do nothing.

The woman needs help, and the public needs clarity.


Anon who lost a child and knows her pain.

Anon, I doubt this woman is grieving over the loss of a child she aborted herself.

We cannot kill our way out of our problems and all attempts (under various names) have utterly failed.

None of the above have created freedom, ended poverty, eradicated violence, reduced perversions and lessened crime.

We have been sold a bill of goods by The Liar who sells nothing but Lies.