I'M AFRAID THIS MESS OF AN EXCOMMUNICATED CATHOLIC HOSPITAL IS NOW GOING TO GET EVEN MESSIER! DAUGHTER OF CHARITY ENTERS THE FRAY! 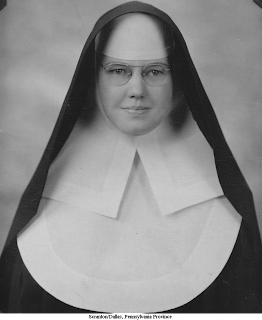 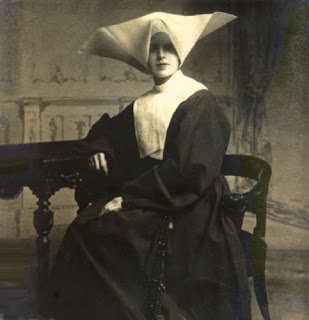 The National Catholic Reporter has a story on the latest breaking news. READ ALL ABOUT IT BY PRESSING THIS TO THE NATIONAL CATHOLIC REPORTER LINK.

An excerpt from the NCR article:

Daughter of Charity Sr. Carol Keehan, CHA president and CEO, said, “St. Joseph’s Hospital and Medical Center in Phoenix has many programs that reach out to protect life. They had been confronted with a heartbreaking situation. They carefully evaluated the patient’s situation and correctly applied the ‘Ethical and Religious Directives for Catholic Health Care Services’ to it, saving the only life that was possible to save.”

NCR received Keehan’s statement in an e-mail late Dec. 21. At the time it was not yet posted on the CHA Web site.

St. Joseph’s is run by the Sisters of Mercy and is part of San Francisco-based Catholic Healthcare West, a system of 41 hospitals, mainly Catholic, in Arizona, California and Nevada.

“Catholic Healthcare West and its system of hospitals are valued members of the Catholic Health Association,” Keehan said. “Their long and stellar history in the protection of life at all stages is well known.”

In a Web page responding to frequently asked questions about Olmsted’s Dec. 21 announcement that the hospital could no longer call itself Catholic, St. Joseph’s said, “At issue is whether St. Joseph’s acted correctly in terminating a pregnancy to save the mother’s life. St. Joseph’s and its parent company, Catholic Healthcare West, continue to stand by the decision, which was made in collaboration with the patient, her family, her caregivers and the hospital’s ethics committee.”

SISTERS OF MERCY OF THE AMERICAS WEBSITE
Posted by Fr. Allan J. McDonald at Wednesday, December 22, 2010

I would consider it a mercy if you would stop providing us links to the NCR, as the comments boxes there always want to make me smash my monitor.

Sister needed to be roped in and publicly corrected after the Obamacare debacle. The fact that she wasn't has been interpreted by here as a license to continue.

Show the lot the door. They obviously don't want to be Catholic, so don't let the thurible hit ya in the butt on your way out, I say. Continuing to coddle them just creates scandal and confusion.

Below is an excerpt from the CNA article: "Ultimately, the negotiations failed and Bishop Olmstead said he had concluded that St. Joseph “is not committed to following the teaching of the Catholic Church [and] therefore, this hospital cannot be considered Catholic.”

He said that in the process of the negotiations he had discovered a pattern of serious ethical violations at both St. Joseph’s and in the wider Catholic Healthcare West system in Arizona.

He said the abuses had been going on “throughout my seven years as bishop of Phoenix and far longer.”

He faulted the institutions’ participation in the so-called “Mercy Health Plan,” through which it receives federal and state monies to provide health care services to the poor — including abortion, birth control, and sterilization.

I would consider it a mercy if you'd stop reminding us of these screwed up sisters.