AMAZING GRACE, HOW SWEET THE SOUND THAT SAVED A "WRETCH" LIKE ME, OR "SAVED AND SET ME FREE?" 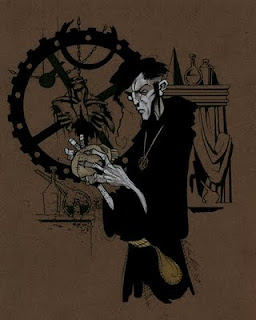 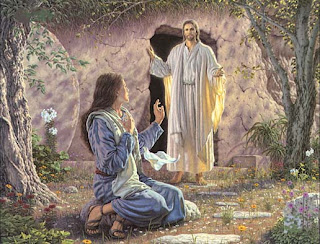 We don't normally hear the pope speak of the Church in such frank, negative terms, but that's precisely what Pope Benedict XVI said in his book long interview, "Light of the World."

When I teach RCIA classes, I highlight for them the fact that the Catholic Church's teachings on humanity are much more positive than classical Protestant teachings such as Martin Luther and John Calvin. More so with Calvin, humans are viewed as wretched worms, miserable sinners, so much so, they cannot merit salvation on their own accord nor do their good works even merit grace. In the salvation event and the wretch's acceptance of Christ, what saves the wretch is not anything good within himself but rather that Christ covers the miserable sinner. God the father looks then not to the person, but rather His perfect Son, hiding the sinner and sees only the goodness of the Son. In effect, Jesus saves the wretch by hiding the true reality of the person out of love for that person.

The Catholic position is that Christ's saving death and our baptism into it and our subsequent reception of the other Sacraments, especially the Most Holy Eucharist opens us to God's grace and sanctifies the sinner. Our good works are meritorious of actual grace that assists us in conforming our lives to Christ. In other words, God through Christ sees us, loves us and offers us the grace to help us on our way to perfection which will be fully realized after death and through the purification process that is life, death, judgment, purgatory if needed and eternal life in heaven.

For those who reject God's love, God sees the wanton malice involved and death and judgment leads to eternal damnation.

This is what the Holy Father said about the wretchedness of the Church in his interview as reported by Catholic News Service, John Thavis:

An entire chapter and parts of others were dedicated to the clerical sex abuse scandal. The pope called it "a great crisis" that left him "stunned by how wretched the Church is, by how much her members fail to follow Christ."

"It was really almost like the crater of a volcano, out of which suddenly a tremendous cloud of filth came, darkening and soiling everything, so that above all the priesthood suddenly seemed to be a place of shame," he said.

I think the Extraordinary Form of the Mass captures better the Augustinian approach to the sinner's unworthiness before God than does the Ordinary Form Mass. Keep in mind that Martin Luther was an Augustinian Monk and therefore his "negative" theology about the wretchedness of the sinner comes from Saint Augustine.

Maybe we need to revisit Vatican II's overly optimistic view of salvation and of humanity and go back to Saint Augustine and find balance. It might also serve ecumenism. Pope Benedict is leading the way.
Posted by Fr. Allan J. McDonald at Wednesday, December 01, 2010

When people in elevated/leadership positions allow their very human side to come out, like the Pope did here, then one gains deeper respect from those whose intentions are genuine. I'm sure he's gotten lots of criticism from 'clerical' catholics and the like for openly cticizing his own church.
Those who really have their minds and hearts centered on the church doing God's work appreciate him granting this book interview and saying what he has said.
I bet our Holy Father actually bit his tongue quite a lot.

Now, I must say that this blog author had tied this book quote to the two forms of the Mass and how differently the two forms view our stance before God. Perhaps it's humbleness of the EF that has drawn me to it.

I think it's terrific, and I mean that in the classical sense. We aways stand before God, knowing that He already knows our sins, and must find it in ourselves to act accordingly, good acts in true contrition. As the Priest, Pope Benedict, stands before us the earthly father. We know from his previous duties and these statements quoted here that he knows full well what went on, what is going on, and why. Many in the congregation feel the fear and rage that builds in a child summoned before a parent, knowing that he already knows what was done. And there but one way out: confession, truth, change. This is epic, for the ages. This man knows what he is doing as a leader, as a Priest.

The Reformers did get some things right. It is interesting that both Luther and Calvin find in Augustine the basis for their views on sin, free will, and justification by faith ( which views on Justification by Faith the Church has recently re-affirmed). Augustine places strong emphasis on man's sin, unworthiness, and absolute need for God's assisting Grace in choosing to do good. For him, the will is hopelessly in bondage to sin and, he says, "we are not free until we become slaves to His will." This is echoed in some of the Church Fathers, but it is also weakened or diminished in others. The Reformers, in particular Calvin, were not comfortable with this apparent ambiguity regarding human initiative and man's ability to know the will of God through reason or other means besides the Grace of Christ. This led Calvin to his extreme positions of Total Depravity and Irresistable Grace, and to the "absolutist Christology" which Fr. MacDonald rightly criticizes.

If we view Christian theology (including the Reformers) from Augustine to Calvin and forward to Karl Barth and Pope Benedict (the two greatest modern theologians, Protestant and Catholic) as a tapestry, or perhaps a symphony, rather than as a battle between opposing forces, we find nuances of tone and varying counterpoint which provide correctives each for the other. We need to listen, particularly, to the concerns for man's pride and initiative.
For, what is this post VatII business of moving the Tabernacle from the High Altar, taking up altar rails, receiving in the hand, de-emphasizing the Tridentine Mass,and introducing man-centered travesties of the Liturgy into the celebration of the Mass but the work of those who see something glorious and praiseworthy in man's initiative and power?