APPARITION OF OUR LADY APPROVED! 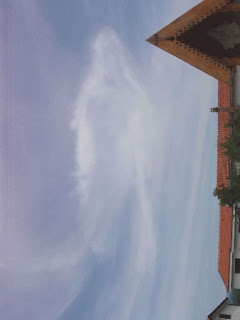 The Catholic Church has always allowed for the possibility of "private revelations" being true when these in no way contradict the teachings of the Catholic faith. One such apparition has just been approved "worthy of belief" and you can read all about it HERE, APPARITION OF OUR LADY APPROVED.

As Catholics, though, we are not required to believe in any private revelations, even those approved by the Church, like even the most famous of these, Fatima and Lourdes. Of course, if these teach the truth, we are not free to disregard the truth taught!

But all of this reminds me of a humorous story about Our Blessed Mother's appearing at the Shrine of the Immaculate Conception in Washington, DC. While I love this particular Shrine and all of its excesses, there are others who think that it is "gaudy." This was especially true when I was in the seminary in the 1970's, that horrid period that was into iconoclasm as it concerns our Church, her teachings and her traditional architecture. So this is from the 1970's and its filters: 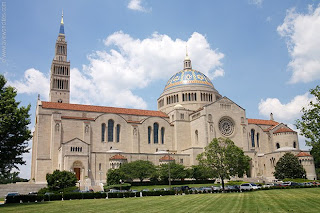 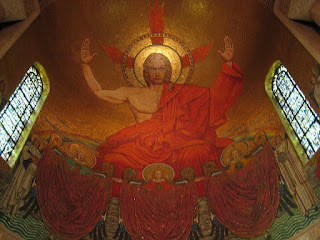 The Blessed Mother it is said has appeared on numerous occasions at the Shrine of the Immaculate Conception. Numerous people have witnessed her miraculous apparitions. She is weeping each time she appears in this Shrine. Her message has been consistent and all those who have seen Our Blessed Mother and have seen her crying and have heard her comments have corroborated the authenticity of her message at this Shrine. Her message is: "BUILD ME A BEAUTIFUL SHRINE ON THIS SPOT!"
Posted by Fr. Allan J. McDonald at Thursday, December 09, 2010

I believe it is a part of the power and truth of the Holy Catholic Church that we believe God continues to speak to us through the Church,the Pope,her Sacraments,and the devout lives of here Priests and laity. Protestantism pays lip service to the notion, but it generally only manifests itself in emotional displays, sentimentalism, and random enthusiasm. The Church believes that God still speaks to us through here structures, her theology, and her worship...in an integral and consistent manner.

Although many view some or all of these private manifestations with scepticism, there is just too much anecdotal evidence for all of them to be dismissed. I am probably not devout enough to receive such visions or communications; I have too many sharp edges and I prefer seeking understanding through theological study and discussion. However, I thank God for those among us whose spirits are so attuned to Christ's Presence that He favors them with such visions. Perhaps, as we contemplate these events, they may humble the rest of us so that we may be more open to Christ's Presence.

I was teasing with a friend of mine who is of Mexican descent. I was arguing that the Irish are just as devout Catholics as the Mexicans. He replied, "Oh yeah? You ever heard of an Our Lady of Dublin?"