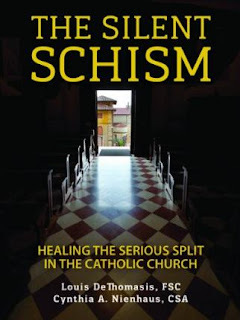 1. A pastor ought to know precisely who are to be excluded from Christian burial according to Church law, lest any such ever be admitted thereto contrary to the decrees of the sacred canons.

2. Persons who depart this life without baptism are not be be allowed Christian burial. Yet catechumens who die without baptism through no fault of their own are to be treated the same as the baptized.

3. The following are to be denied Christian burial, unless before death they manifested some sign of repentance:

a. Persons reckoned as notorious apostates from the Christian faith and person who are notorious for belonging to a heretical or schismatical sect, or to the Masonic sect, or to other societies of the same kind.

b. Persons excommunicated or interdicted after a declaratory or condemnatory sentence

e. those who order their body to be cremated

f. Other public and over sinners

4. Those who are deprived of ecclesiastical burial must also be denied the funeral Mass and even the Mass of anniversary, as well as other public obsequies.
Posted by Fr. Allan J. McDonald at Wednesday, August 01, 2018

By these standards, Ted Kennedy, Nancy Pelosi, Dick Durbin, Joe Biden, John Kerry, and a host of fake catholic politicians would not receive burial from the Church

Is there a reason you posted this, Father?

Yes there is a reason for this post! In the pre-Vatican II Church there were consequences for failure to follow Catholic Canon Law, something completely lost today in the enabling of mortal sin of the spirit of Vatican Ii’s ethos of mercy and inclusiveness which Pope Francis has placed on steroids.

The judgment of a cleric to deny a Catholic funeral, based on the canon law I Copy from the 1950’s Roman Ritual is a symbol of what occurs at the unrepentant sinner,s personal judgement, denial of heaven, eternal damnation in hell.

Today, I don't think anyone who claims to be Catholic is denied a Catholic burial liturgy of some kind. I don't think it was wise in the 1950 and pre-Vatican II Church to punish a guilty party by also punishing a grieving family and friends who could have taken solace in some kind of funeral liturgy and the ministry of the Church. So as it concerns suicide, (although I think legal suicide is another question where a person is actually euthanized)I am glad the Church is more pastoral in this situation.

We now allow cremation which has caused considerable problems when it come to Christian burial in a blessed cemetery (columbarium). Should Catholic funeral rites be denied to those who have no intention to offer Christian burial or inurnment in a blessed burial plot? I think so. But his has to be backed up by Canon Law and the local bishop.

"Should Catholic funeral rites be denied to those who have no intention to offer Christian burial or inurnment in a blessed burial plot?"

The time of death of a loved one is about the worst time to pull out the rule book, page through to the applicable section, and say to the grieving family, "Since you are not going to bury your loved on in a blessed burial plot you cannot have a Catholic funeral."

Laws that prescribe a penalty, restrict the free exercise of rights, or contain an exception to the law are to be interpreted strictly (CIC 18). Within this context, the word strictly does not connote rigidity or inflexibility. Rather, it means that the application of the law should be restricted to as few cases as possible without distorting the law’s meaning. (Catholic Answers, Apologetics and Canon Law, Pete Vere, April 01, 2006)

Lastly, allowing cremation has not "caused considerable problems." What causes problems is not cremation, but the family's decision not to dispose of the cremains in a Church-sanctioned way.

Good thing I survived that duel.

Agree with TJM at the top---nor should those persons be able to receive any of the sacraments, unless they repent, including a public repudiation of their past support for abortion and same-sex marriage. But I won't hold my breath..........