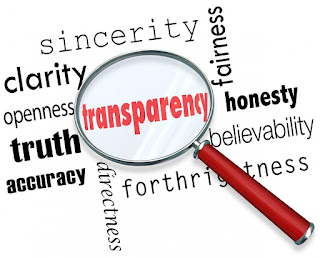 As if to answer my questions below this new post about Vigano, they are answered by Aldo Maria Vali! Does he read my most humble blog?

I might add, at this point, wouldn't it be wise for Pope Francis to call Archbishop Vigano to Rome and to have a public meeting with the Archbishop before reporters of Pope Francis' choosing, like perhaps the ones on the plane back to Rome, and simply have a pow vow for the world to see and hear? How would that be for transparency?????????

I copy and paste this from 1Peter5's translation of Aldo Maria Vali's defense of Archbishop Vigano:


Addressing the ‘Proofs’ against Viganò: Noise without Substance

1P5 Staff August 30, 2018
Editor’s note: Aldo Maria Valli, the author of the following article, is the reporter with whom Archbishop Carlo Maria Viganò originally planned the publication of his allegations against Pope Francis and several high-ranking Vatican cardinals. For the adventure of how Archbishop Viganò’s report came to be, click here. For Viganò’s response to the initial wave of criticism against him, click here.

Recent comments by various journalists on the controversy surrounding Archbishop Carlo Maria Viganò after the publication of his memoir attempt to discredit the former nuncio to the United States. In particular, it is noted that, in May 2012, at a gala dinner in New York, Viganò spoke words of kindness and esteem for Cardinal Theodore McCarrick, even though he already knew that the cardinal had been sanctioned by Pope Benedict XVI, who had asked McCarrick not to attend public ceremonies and not to travel.

A video from that event, which took place at a Manhattan hotel, the World Mission Dinner of the Pontifical Mission Societies, shows Nuncio Viganò open his remarks by greeting Cardinal McCarrick first of all, saying: “Distinguished guests, bishops who are present, and guests who are being honored this evening as ‘Pontifical Ambassadors of the Missions’ – what a beautiful title – first of all, His Eminence Cardinal McCarrick, already an ambassador for some time, as priest, bishop, archbishop, cardinal, and all of us wish him well…”

According to some people, these words are the proof that Viganò is lying. In his memoir, Viganò accuses McCarrick of not having respected the sanctions imposed on him by Pope Benedict XVI, but during that same period of time[, the video shows that] Viganò publicly praised McCarrick.

In my opinion, the video proves no such thing. Let’s think about the circumstances. In May 2012, Viganò has been nuncio to the United States for only a few months (since November 2011). He attends one of his first public high-profile events as the ambassador of the Holy See. The occasion is very prestigious. When a cardinal is present at such an event, from the point of view of the hierarchy, the nuncio [who is only an archbishop] ranks below him and is bound by protocol to greet the cardinal first in his remarks and to speak some words in his honor. Now, in that situation, what should Nuncio Viganò have done? Ignore McCarrick? Or say publicly in his remarks: “Your Eminence, I ought to greet you but I will not, because you are a scoundrel”? Or expose him to public ridicule and say, “Here tonight is Cardinal McCarrick, who takes seminarians to bed with him and has been sanctioned by the pope. I greet him!”?

It is obvious that on such an occasion, the nuncio, the representative of the pope, plays the role of the diplomat he is supposed to be – that is, he does not state publicly either what he knows or what he personally feels about it. Ambassadors often have to hide their personal emotions in order to save appearances. It is simply a part of their job, often unappreciated.

Thus, Viganò makes his greeting. He does so at arm’s length, without any particular emphasis, and God alone can know what was going on inside the soul of the nuncio at that particular moment. But then he is expected to say some word of praise. Viganò says with regard to McCarrick that “we all wish him well.” Isn’t this what a Christian should do? To wish well for the sinner, despite his sin? It seems to me that by using that expression, Viganò did quite well. Although he was only at the beginning of his assignment and thus still not very experienced as nuncio, he held his feelings at bay and respected the exigencies of protocol. I repeat: in these situations, an ambassador is bound to act in this way, to act as if he knows nothing, without letting anything leak out. If Viganò had not acted in this way, he would have given scandal and betrayed the trust of the pope.

You will ask: but why did McCarrick not respect the orders of Pope Benedict XVI and instead go around in public freely? That’s a good question. It’s the same question Viganò asked, which led him to conclude that McCarrick was protected by somebody very high up who intended to make a fool of Pope Benedict himself. (Haven't I, this humble blogger asked the same question????)


But now we come to a second video that is circulating, which, according to some commentators, once again shows that Viganò is a liar. This is a video related to the first one, showing a brief encounter between Archbishop Viganò and Pope Francis, at the end of the official meeting of nuncios with the Holy Father in June 2013.

In his memoir, Viganò recalls that the pope, without any preface, barked an order to him in a tone of rebuke, saying, “The bishops of the United States must not be ideologized! They must be pastors!”

Those who are contesting Viganò’s version of events and calling him a liar are now claiming that this video shows a pope who is initially smiling, in no way aggressive, who, upon learning that he has the nuncio to the United States in front of him, begins a discourse. Well, we can prove nothing about this discourse, because the [official Vatican] video, as often happens in these cases, has been cut in such a way that it does not show the private content of the conversation. But it seems to me completely understandable that Viganò, in his recollection of that moment, held in his memory not so much the initial smile of the pope (who in these situations smiles equally at everybody in the same way), but rather the content of the brief conversation that followed. This is why, in his memoir, Viganò says the pope, without any preceding remarks, gave him an order in a reproving tone. In reality, this is probably exactly what happened. After the initial smile, the pope immediately began to speak with Viganò, but we don’t know what followed because the video doesn’t show it.

At this point I would like to emphasize that, if I reply to critical observations and accusations against Viganò, I am not doing so in order to save Archbishop Viganò, but rather out of respect for the truth, and because it seems unjust that such heavy accusations, such as being a liar, are being so freely circulated.

And finally, a response to those who are maintaining that Viganò has also committed perjury, because, by publishing his memoir, he has violated the pontifical secret that he was sworn to uphold as nuncio.

On this point we can observe that the “secret” of which we are speaking is not of a sacramental nature. It is not – just to be clear – like the “seal” that binds a confessor [in the Sacrament of Penance]. The secret that binds a nuncio functions in the service of the Church and her action in the world. But if this secret comes to be used not for the good of the Church, but rather against her – that is, if it becomes a conspiracy of silence [omertà] to cover up a lobby, whoever becomes aware of this perversion not only can, but should violate the secret. It is his duty for the good of the Church, in the name of the truth.

I repeat one more time that if I have wanted to respond to the accusations against Viganò, I do so not to enter into conflict with other observers and commentators. I believe rather that in this whole affair, we must scrupulously avoid descending down to the level of personal attacks. What is needed instead is to keep our eyes fixed on the key question: the moral corruption denounced by Viganò – a corruption that, according to the former nuncio, has now reached the highest levels of the Church, so much so that an action of force is necessary, such as the publication of his memoir, in order to bring about the beginning of a purification.

This article was translated by Giuseppe Pellegrino. The original Italian can be found at Aldo Maria Valli’s website.
Posted by Fr. Allan J. McDonald at Thursday, August 30, 2018

Courtesy is not hypocrisy. And if Vigano was not correct about his actions could he still be correct about McCarrck? Of course. And McCarrick himself provides the answer to the question as to why he didn’t follow the directives of the Pope (ANY pope) by his obvious disrespect for law and morals in general.

Verification of at least some of Archbishop Vigano's "testimony" is coming in from various sources.