This article captures my sentiments completely and also captures the "Know nothing" attitude of some who comment here whose names will go unmentioned to protect the guilty. It is the year of mercy after all! 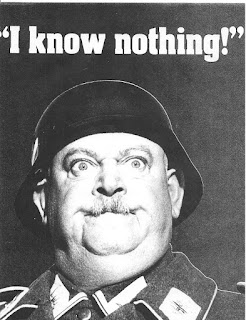 Another “Oops” Moment For Liturgical Press

EARCHING GOOGLE, I stumbled across a book published by the Collegeville Liturgical Press. According to the author, “the purpose of the book is to show the excellence and superiority of the reformed liturgy over the previous one … the ordinary form over the extraordinary one.”
Like so many Collegeville books, this book is riddled with false statements, such as: False! When the subdeacon chants the Epistle in the Extraordinary Form, the priest does notread it in a quiet voice. Likewise, when the deacon chants the Gospel according to the 1962 Missal, the priest does not read it in a low voice.
Msgr. Kevin W. Irwin of CUA says this book “reflects the best of liturgical scholarship and wisdom gleaned from the liturgy.” Julia Upton of St. John’s in New York says, “For those of us who were shaped by the 1962 Missal, this analysis enables us to see how richer our lives and spirituality are following the Vatican II reforms.” The book’s author, Fr. Patrick Regan, claims it was proofread by Fr. Jeremy Driscoll.
Are all these people comfortable with blatant errors such as the one cited above? The author references Catholics attached to the EF, who are “unaware of the deficiencies of the 1962 Missal.” Yet, shouldn’t Fr. Regan have taken the time to become familiar with the EF before writing his book? 1 Moreover, shouldn’t someone at Liturgical Press have proofread the book before publication?

COLLEGEVILLE LITURGICAL PRESS seems “unhinged” since the publication of Summorum Pontificum. One of their blogs recently published an article by Paul Inwood claiming that excessive dynamic equivalence was more “accurate” than formal equivalence. Yet, that same author admitted elsewhere that the 1970s version (“dynamic equivalence”) CONCEALED the true meaning of the prayers. Here are Inwood’s exact words:

Seventh-century theology, spirituality, and culture are very far from where most of the Church is now. The 1973 translation concealed this fact from us. If we had known what the prayers really said, we would not have wanted to pray them any longer. Now we are faced with that question 40 years later, and it is not any easier.

Not long before that, a Liturgical Press blog published an article attacking the “ad populum conversus” rubric—even claiming this phrase never occurs in postconciliar legislation—but we published screen shots proving this assertion to be false.
Those who write about the “deficiencies” (Fr. Regan’s word) of the Extraordinary Form have an obligation to learn something about it first. My pet peeve is haughty liturgical “experts” telling everyone how horrible the 1962 Missal was, and I’ll never forget reading a comment by the man who ran the Bishops’ Liturgy Committee during the 1990s. This person is an outspoken critic of the old liturgy, yet doesn’t realize the Prayers of the Foot of the Altar were not sung!
Posted by Fr. Allan J. McDonald at Thursday, December 31, 2015

EH? I know nothing is there, no?

The hatred of the Extraordinary Form abroad in some quarters is just ridiculous, and I am one who likes both forms and thinks both should be available. Recently, one of the four auxiliary bishops in my diocese, when invited by our EF congregation organizers to participate in a pontifical EF mass, berated the individuals and said that he did not agree with the EF group's liturgical choices and that none of the auxiliary bishops would again participate in any EF congregational mass. Regardless of what the bishop thinks about the EF, that little rant was just plain rude. He could have just politely declined rather than berate the individuals, who were very upset. Has he ever heard of Summorum Pontificum? How is this approach pastoral? How is it merciful in this year of mercy? And the EF is the liturgical tradition in the Latin rite -- how does it harm anyone for those who have an attraction to it for it to be available? Honestly, the path to hell is paved with the skulls of bishops...

I am sure you know that what is being hated is what the EF liturgy conveys: reverence and holiness in worship when addressing the Almighty God. They beg to differ. For them the Mass is not the offering of the unbloody sacrifice of Jesus on the cross but rather a congenial get together and where the priest might sing you a happy tunewhile floating around on a hover board. Your auxiliary bishops just cannot lower their clerical ego that far, to wit, to offer adoration to our Creator God as millions have done, including many martyrs and saints for many centuries.

What has this to do with the South?

I predict the Liturgical Press-types will get angrier and more vicious as the years ensue, seeing that all their euphoric satisfaction with their own participation in creating the "hermeneutic of rupture" has come to naught.

(And I say this as someone who greatly appreciates the Ordinary Form liturgy when celebrated properly! I wish I was one of Fr. MacDonald's parishioners.)

It has produced no growth, no renewal, no greater spiritual fervor, and certainly no explosion of priestly, diaconal, or religious vocations, but rather the opposite.

They rather remind me of the character played by Lee J. Cobb in the film version of "Twelve Angry Men"...ranting and raving at the other eleven jurors who have come to realize that their blithe assumption of the defendant's guilt has been wrong and now stand ready to acquit. Cobb's character, until the very last minute continues to convince himself he is right until reality finally forces him to concede to the others.

Time is not on their side. Let us pray they will resist the temptation to anger and bitterness.

Everything has to do with the South!

Well, everything of significance.

JBS, I couldn't agree more. It is about time for me to read "Gone With The Wind" again. I just finished re-reading "Lee's Lieutenants" by Freeman. Now, for some Flannery O'Connor.

I like to compare the Novus Ordo to New Coke? Remember New Coke? Coca Cola rolled it out with much hoopla--and their customers hated it! After some months the big-wigs realised they were haemorrhaging market share and did an about face. If they hadn't, Coca Cola would have gone bust.

The difference, of course, is that our hierarchy refuses to admit that they are capable of making mistakes. They stubbornly press on with the NO and ignore the fact that most Catholics have long ago stopped coming to the new Mass.

Thanks to a link from our friends from Collegeville, I came across this video (https://www.youtube.com/watch?v=X8CofbPXFAs) , in which Fr Mark Francis (Stanford) disparages the EF and makes the extraordinary claim (at 14:36) that before 1877 vernacular translations of the Mass were not permitted in missals for the laity! (Apparently this canard is often passed around in anti-traditional circles.) Our friends at Collegeville did not see fit to print my comment on their blog, in which I questioned Fr Francis’s assertion and linked to digitalised missals from before that date which contained vernacular translations. Here’s a German translation from 1729: http://reader.digitale-sammlungen.de/de/fs1/object/display/bsb10590967_00041.html) and another from 1844 (https://archive.org/details/daskleineromisch00unse) . Here’s an English-language one from 1861 (https://archive.org/details/romanmissaltran00churgoog) ….you get the point. I recall that I also emailed Fr Mark Francis to ask him where he got his information, furnishing him with links to pre-1877 vernacular missals, but never got a reply.

It’s quite possible Pius IX had something to say about vernacular translations. But so far, no one’s been able to direct me to the primary sources. Anybody here know?

listening to the loons at Collegeville on Liturgy is like listening to Europeans of the 1930s discussing the promotion of world peace. Neither, has a clue, but are equally arrogant.

Please note another ignorant error in the very first sentence: “In the Tridentine Mass there are only two biblical readings for each Sunday...”

I have read similar bloopers from other Novus Ordo enthusiasts, actually saying that the Tridentine Mass does not have readings from the Old Testament!
But in today’s Mass, for example, we sang Isaiah 9, Psalm 97 and Psalm 88.
In Christian charity we must assume good intentions of these authors and attribute these slip ups to ignorance, rather than to the malice they appear to be. But it is a pity that the ignorant find publishers, but not proofreaders."To instruct the ignorant" is a spiritual work of mercy in this Year of Mercy.

In the traditional Mass, the 'epistle' in all the ferial Masses of Lent and Passiontide is from the Old Testament. Many of these are lengthy; the reading for the Saturday of the third week, the story of Susanna and the Elders, requires the recitation of most of the 13th Chapter of Daniel. Then there are the OT lessons on Ember Days (abolished by the reformers) and the twelve Prophecies at the Easter Vigil (reduced to four in 1955 by Bugnini, raised to seven in the Novus Ordo on the understanding that only three need be used and the longer ones can be shortened).

Forty years ago I would defend the Novus Ordo and thought that those who criticized it exaggerated their case. No longer. I now know far more about its genesis and cannot find anything in it which improves on the older Rite and find much in it that is deplorable. This is apart from its inherent propensity to generate abuses. My hardening of attitude is also due to the revival of the older Rite in the wake of Summorum Pontificum.

In a Solemn or Sung Mass the removal of the obligation of the priest to recite the Propers where they are sung, plus the Kyrie, Gloria and Credo could be justified. Not so the Sanctus, which is part of the Preface, nor the Agnus Dei, which accompanies the Fraction. However, most of the 1965 alterations add nothing of value and omit too much.