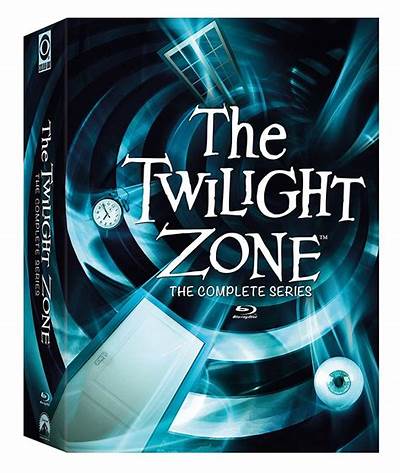 What happens when Ukraine’s ambassador to the Holy See denounces Pope Francis as not being able to tell the moral difference between a rapist and the rape victim? The ambassador prevails.

Reminds me of when someone tries to reuse a tea bag to make another cup, or when my local eatery cuts corners with the coffee and serves me a cup reminiscent of muddy creek water.

For some, it's going to be difficult to generate enthusiasm for Peter's Pence the next time that comes around.

This is what happens when you elect an empty cassock. Basta!

It strikes me reading this and reflecting on previous ambiguous and confusing statements emanating from Francis, that at issue here is his "Jesuit inability" to reckon with the notion that moral relevancy is a urgent problem standing in the way of unequivocal truth. Give me a Dominican any day. Jesuits are too far gone as a whole, debating for debate sake, vs standing firm on truth.

The Holy Father seems to operate with less than complete information. In this case he heard that the child of someone was killed. Somehow he missed that it was Grendel’s sister who had passed. A Christian should mourn the death of all children in war, especially those who die in the service of evil. But Pope Francis seems to habitually misinformed on important issues.

It is Jesuitical arrogance to the nth degree coupled with an authoritarian personality and perhaps some pathology and dementia.

NCRegister says: "Moreover, Ukraine does not regard her an innocent child killed in war, but rather a staunch defender of Russia’s aggression against Ukraine."

Why does the NCRegister not point out that Ukraine is wrong in its belief that it is in some way defensible to kill non-combatants? Why the silence from the NCRegister?

NCRegister writes: "Pope Francis has paid a heavy price for giving priority to Kirill and the Russian Orthodox, despite his frequent, urgent and sincere statements of solidarity with Ukraine."

But, the pope has been SILENT on Ukraine, hasn't he?! Unless you count frequent, urgent, and sincere statements...

NCRegister writes: "It was a surprise to no one outside the papal household that Kirill, after waiting for the Holy Father to commit himself, announced that he would not go, leaving the Holy Father to make a trip with no great purpose."

I, for one, am glad that Pope Francis doesn't play dimplomatic one-upmanship and skullduggery as it seem Krirl may be doing. And the notion that, with that meeting, the trip has "no great purpose" is more than a slap in the face of those attending.

Tend to your parish. The empty cassock does not need your support. Figure out why so few of the Novus Ordo attendees believe in the Real Presence. Why not conduct a “synod” at your parish on the topic while you touch upon why abortion is “healthcare?”

Father Kavanaugh, thank you for the excellent points contained within your post...September 6, 2022 at 3:29 PM.


Cardinal Ottaviani, in 1947 A.D, declared that “modern wars can never fulfil those conditions which govern — theoretically — a just and lawful war.”

-- Condemned war...ban the arms race...follow the path to peace that Popes Saint Paul VI, and Saint John Paul II, presented during their respectives addresses to the United Nations.

"Thus, humanity succumbs to the temptations of the Evil One and wages war against itself."

"War, with its aftermath of bereavement and destruction, has always been deemed a disaster in opposition to the plan of God, who created all things for existence and particularly wants to make the human race one family."

"This was the same structure to which the Servants of God Paul VI and John Paul II adhered in their memorable Discourses to the United Nations Assembly, repeating on the Church's behalf: "War never again!".

"From this place of peace, where one is even more vividly aware of how unacceptable the horrors of "senseless slaughters" are, I renew my appeal to adhere tenaciously to the path of law, to consistently ban the arms race and, more generally, to reject the temptation to tackle new situations with old systems."

I see Father K has a new cheerleader. They do have a lot in common

He went beyond that when he declared:

"Given the new weapons that make possible destructions that go beyond the combatant groups, today we should be asking ourselves if it is still licit to admit the very existence of a ‘just war.’"

Tied to the insanity of warfare...the horror of violence...as Pope Benedict XVI, he also rejected the use of the death penalty.

"Together with the Synod members, I draw the attention of society's leaders to the need to make every effort to eliminate the death penalty and to reform the penal system in a way that ensures respect for the prisoners' human dignity."

On November 30, 2011 A.D., reiterated his call to eliminate the death penalty:

"I greet the distinguished delegations from various countries taking part in the meeting promoted by the Community of Sant’Egidio on the theme: No Justice without Life. I express my hope that your deliberations will encourage the political and legislative initiatives being promoted in a growing number of countries to eliminate the death penalty and to continue the substantive progress made in conforming penal law both to the human dignity of prisoners and the effective maintenance of public order."

Pope John Paul II actually began the reconsideration of the death penalty. He stated that it was no longer needed today as our facilities to incarcerate someone for a lifetime are secure and a violent murderer could be kept away from the general population.

But of course that is not actually true. There are many poorer countries who can't house violent criminals without them escaping and killing again.

But today, with social media, terrorists can still order killings and lead their armies.

Life without parole sounds humane, but when you think about how horrible prison is, the rapes and other perversity, one wonders if the death penalty is more merciful to the criminal.

How to end war:

Pope Venerable Pius XII, via his 1956 A.D. Christmas Message, exhorted each country to surrender its armaments to the United Nations:

"We desire to see the authority of the United Nations strengthened, especially for affecting the general disarmament which we have so much at heart.

"Only the United Nations is at present in a position to exact the observance of this obligation by assuming effective control of the armaments of all nations without exception."

"This organization ought also to have the right and power of forestalling all military Intervention of one state in another, whatever be the pretext under which it is effected, and also the right and power of assuming, by means of a sufficient police force, the safeguarding of order in the state which is threatened."

"It is necessary to make the decisions of established international organs - such as the International Court of Justice in The Hague [Netherlands] and the United Nations - more binding in order to resolve international controversies."

"In order to do away with the cause of war, the remedies synthesized in five points by Pius XII in his 1941 Christmas Radio-message should be adopted."

"Finally, war could become a simple memory of the past if the words spoken by Paul VI in New York and afterward, in this Assembly, would be implanted in the hearts of peoples and the youth."

"The Council should express the desire that all the nations of the world participate in a single Universal Republic, which transcends the individual characteristics of nations, so that the peace of Christ in the reign of Christ will become a reality."

Pope Saint Nicholas I, in 866 A.D., declared that "…without hesitation and in every possible circumstance, save the life of the body and soul of each individual.

"You should save from death not only the innocent but also criminals, because Christ has saved you from the death of the soul."

#26: "God wants life, not death. He forbids all killing, even of those who kill."

And who is to say he is wrong to do so? War is a hell in which noncombatants can suffer terribly. Rarely, if ever, does one side or the other have entirely clean hands, albeit the hands of one side may be much dirtier than the hands of the other side:

War is never a desired alternative and all efforts should be made, and all means of diplomacy should be exhausted, to avoid it.
If war does come about though, every effort should be made to avoid the killing of non-combatants.

Thank you for the link. Despite its investigation and reporting of multiple Russian atrocities and violations of international humanitarian law (IHL), it is unsurprising that_any_accusation by Amnesty International of an IHL violation by Ukraine would be met with a firestorm of outrage, protest, and pushback in the current political climate. Unfortunately, that goes with the territory given the type of work Amnesty International engages in. The following legal analysis by a scholar at West Point seems to provide a balanced approach:

“Amnesty International is a respected human rights organization that deserves praise for advancing respect for international human rights globally. And with respect to this conflict, any suggestion that the organization is biased is simply wrong. Moreover, assertions that the organization erred in pointing to possible Ukrainian IHL violations when Russia is a habitual violator of the jus ad bellum and IHL are badly misguided. After all, the principle of equal application is what gives IHL credibility on the battlefield.

That said, Amnesty International’s allegation of unlawful conduct by Ukraine is unconvincing. IHL is a nuanced body of law because it must carefully balance two sometimes competing interests – military necessity and humanitarian considerations. Even if the facts in the report are accurate, and there is no reason to believe they are not, it lacks the detail necessary to support the charge.

In my estimation, Amnesty International has acted irresponsibly by making the claim without providing supporting evidence, citing the specific rules that it believes have been violated, or laying out its legal analysis. These failures have deprived Ukraine of a meaningful opportunity to respond and the international community of an ability to properly assess it.

I urge the organization to immediately remedy the situation by releasing its evidence and explaining the legal basis for its conclusion that the conduct violates IHL. As the entity leveling a charge of unlawful conduct, some of which could qualify as a grave breach of IHL, Amnesty International bears the burdens of persuasion and proof. It has not met that burden.”

It is my understanding that Amnesty International has launched an internal investigation into the accuracy of the allegations. In sum, the jury is still out, and we will have to wait and see. But the point that troubles Pope Francis is still valid: war is hell, and in Pope Francis’s words, it is “a sacrilege.” And in any conflict, each side can be expected to commit some wrongdoing, although by no means does this suggest a moral equivalence between the sides—as indeed Amnesty International itself makes clear even when making these allegations against the Ukrainian military.