MIDNIGHT MASS: IT ISN’T WHAT YOU THINK!!! 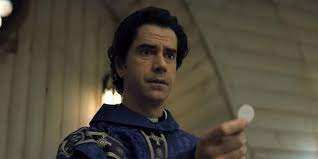 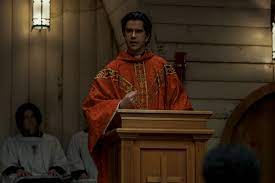 Now that I am in active retirement, I have rediscovered television and watching TV shows and movies on TV thanks to a free subscription to Netflix and Apple-TV which comes with my cell phone subscription.

I’ve gotten hooked on several series, shows and movies and watched them diligently. For the last several decades, I had no favorite TV shows, never went to the movies and only watched TCM but because I went to bed early, I seldom watched full shows.

I never recorded shows to watch later as there wasn’t anything I wanted to watch now or later.

That has changed with Netflix and the ability to watch what I want and when I want.

Right now I am watching the series “Manifest” which is science fiction and fun to watch, exciting.

I just starting watching a limited series of seven shows on show 3 now, of Midnight Mass.

This is what Wikipedia says about it:

It was released on Netflix on September 24, 2021,[2] and received positive reviews

My comments on Midnight Mass: I have to say, that whoever produced this, has had help from a priest or someone quite knowledgeable about Catholic theology and post-Vatican II liturgy and parish life. The actor who plays the priest does a great job and he’s preached a couple of great homilies that were meaningful, theologically accurate and inspiring as well as short! That is thanks to the writers and his acting ability and can certainly be applied to any good Catholic preacher too who needs to write good, short homilies and act it out well!

In one scene in Ordinary Time, he wears a green chasuble which is exactly as one I have worn for years, exactly.

This is a horror film but very Catholic in theme, but not anti-Catholic, but Catholicism figures greatly into like the Exorcist movie did. Who knows what will happen in subsequent episodes, only 7 all total. But I recommend it highly, from the Catholic point of view as well as from the entertainment and horror point of view especially as we enter the season of Halloween 🎃!