BOMBSHELL! CANADA’S SYNOD ON THE SYNOD REVEALS NOTHING THAT WE DON’T ALREADY KNOW—WHO WILL LEAD THE WAY INTO THE UNKNOWN? 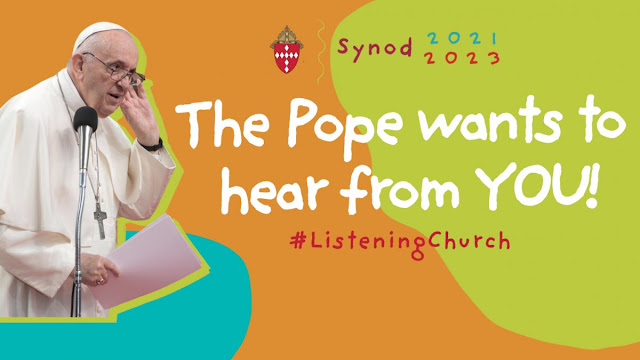 The Canadian “synod on the synod” (I still can’t believe I belong to a Church that has a program called this) has produced its synthesis on all the talking that has gone on in the country’s Catholic Church involving about 1% of their Catholics. Thus it is really, really important.

You can read the whole thing by pressing:  national synthesis,

But this is the synthesis on their talking points on the liturgy. Does anything strike you as anything that hasn’t been talked about ad nauseum for the past 60 years, nine less than my entire life????

Here you go: (My cynical comments, which must be listened to, by the way, in red):

13. The synodal consultations revealed a general concern for, and awareness of, the importance of liturgical celebrations in the life of the baptized. Indeed, the liturgy is seen as at the heart of the celebration of our faith and therefore must be meaningful and nourishing for the faithful. Certainly, the place of the Word of God and prayer is seen as important in the spiritual engagement of the faithful because liturgy gathers the faithful around Christ as brothers and sisters. The role of the priest within the community was also seen as important in creating and encouraging a liturgical culture where clergy and laity “walk together” in celebration. (DUH? What about being on the same page, in sync, a people of pilgrimage on the narrow highway that leads to heaven rather than the wide highway that leads to hell????)

14. There was significant focus given to the place of the homily within the liturgical celebration. Comments were often heard that homilies are inadequate, uninspiring and disconnected from real life concerns and the challenges of today. It was noted that Scripture is often not well explained or portrayed in a way that is relevant. In addition to these concerns, some comments centered on the use of what was perceived as overly-theological language which is unfamiliar to people. Although the presence of clergy from different parts of the world is a great blessing for the Church in Canada and welcomed by the faithful, in some cases these priests may not be well understood because of language accent or cultural differences. Some respondents suggested that allowing the laity to give homilies could improve this situation. (Oh, I get it, if a priest comes from another part of the world and isn’t understood, rather than finding out why there is a decline in vocations from local families in the diocese, let’s do away with Holy Orders and have lay preachers. I get it. I think we need lay priests with no seminary training whatsoever to celebrate Mass—don’t laugh, that was the future Church talked about in the 1970’s but only those who are my age and older who attending the sessions on the synod on synod still remember with gusto).

15. The style in which the liturgy is celebrated was also of concern. Some comments criticized what is seen as a passiveness and non-participation on the part of the faithful. There were also differences between some who prefer a more traditional liturgy and others who desire greater liturgical freedom and even reform. Concern was also expressed regarding music and hymns, which should be carefully chosen and performed in order to give greater nourishment to the celebrations. (So the 1% of those who attended these sessions is criticizing the 9% of other Catholics who bother to attend Mass by saying they are passive and non-participant at Mass. What about the 9% not there telling the 1% who criticized them to mind their own business and personal salvation? And why isn’t there any concern about the 90% or so who no longer identify as Catholic?)

16. It was recognized that there is a need for an enhanced catechesis on the Eucharist and its meaning within the Christian community. Indeed, there is often a lack of knowledge of the sacramental life of the Church in general and this relates directly to how the Church celebrates its faith. (Yes, let’s criticize those who aren’t there as the biggest problem, rather than those who are at these sessions who continually b—ch about this, that and the other, like I do?)

17. In addition, some expressed concern about how certain groups may be excluded from the Eucharist (divorced and remarried, people who identify as LGBTQ, etc.) and therefore may not feel welcomed in the Church. Finally, many dioceses have numerous communities where no priest is regularly present, and Mass is only celebrated occasionally. In some cases this has contributed to the creation of an attitude that Mass participation is unnecessary, or even that watching online is equally valid. (Now, when they say “Eucharist” do they mean the Liturgy also known as the Mass or specifically to receiving Holy Communion? I think all these groups they say feel excluded from the “Eucharist” are obligated to attend Mass under the penalty of mortal sin if they don’t, unless, of course, that Holy Day falls on a Saturday or a Monday, or if the weather is inclement or a pandemic is in progress, where, if it is a pandemic, no one, even the well, are welcomed to attend  as they will be locked out of the church! But, if a Catholic, who is obligated to be welcoming of going to Mass is in a state of mortal sin, from which he is not repentant and flaunts it as a good and in a public way, he should not receive Holy Communion as this would be another mortal sin that he flaunts. Is the 1% saying the Church should do away with mortal sin?)

18. In general, many comments centered on the need for better liturgical catechesis and a more effective pastoral attitude and approach when celebrating the Church’s liturgical life. (Again, the 1% criticizing the 99% who did not attend one of these sessions. WOW!)

Instead of Synods, maybe Pope Francis should start doing his job and talk to "Catholic" Joe Biden about this:

An internal memo from Secretary of State Antony Blinken distributed amongst his staff claimed that the federal government was going to use American embassies in Sweden, Finland, and the UK to push these foreign countries into banning "conversion therapy" of youth who identify as transgender.
According to the City Journal, the directive would transform American embassies and consulates into "global 'gender-affirming' spies that would collect data on the host country and "submit robust information on the so-called 'conversion therapy' practices" back to Jessica Stern, who serves as Special Envoy to Advance the Human Rights of LGBTQI+ Persons.

Yet we have "Catholic" bishops and priests that support this evil administration. Reasons.