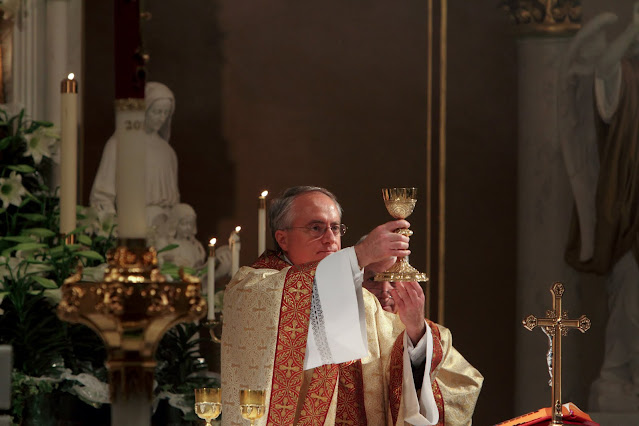 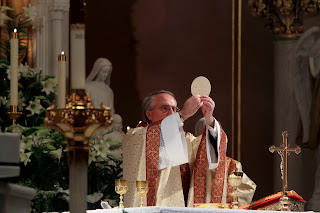 The Multiple Religions Coexisting Within the Catholic Church

Once the Vatican II worshippers are gone, the Church will recover. The TLM will be the primary Latin Rite and the ineffective Novus Ordo with its confusing myriad of options which undercut “unity” will be tossed on the ash-bin of history!

TJM, I am in favor of allowing the TLM as Pope Benedict allowed it, with liberal generosity. But the laity did not flock to it as much as younger clergy did. Yes, those who like it and desire it tend to be younger Catholics, but not all. The number of TLMers in our diocese is a young demographic but small nonetheless.

But when those with Pope Francis’ mentality are gone and that is definitely an older demographic, I truly believe we will revisit Pope Benedict’s papacy and his desire for reform in continuity. That still means a reform of the Mass, but a third missal with the best of both forms of the Mass. That’s the way forward. You cannot negate in a 100% way what an ecumenical council taught.

You are describing the last Catholics standing. Ignore the demographic sinkhole at your peril. The Council Fathers did not call for the Novus Ordo and you know it. Any honest reading of Sacrosanctum Concilium verifies that.

Please read an article posted today at Rorate telling the story of a young woman in Scotland who spoke in favor of the TLM at one of the Synods and see the reaction she received. After 60 years of failure I think the Church should admit the liturgical reform was bungled and largely unnecessary. They bungled that through arrogance, the same arrogance that bungled the handling of the clerical sexual abuse scandals. I see a common thread.

Father, I'll admit, I was a bit put off by your previous post in which you sought to define Catholics by putting four prominent groups into a box and define them. Then again, the human mind has a natural tendency to categorize.

And so it goes. I will not hold back. I will be completely honest. As a Catholic in the pews who has watched this uncivil war play out since the Second Vatican Council, I see four categories of bishops:

1. Company Men (one of the two dominant groups): Often newer bishops, but also many veterans. They are primarily concerned with "running the store" and keeping it financially viable and keeping things OK for the folks in the pews. They are generally polite, but don't have any room for your problems. Either solve it yourself, or get transferred. They accept the Status Quo. I won't name names out of the hope that some of these guys will grow a pair (no disrespect intended).

2. The Loyal Opposition (the smallest group): These bishops vary a bit on some theological items, but they are committed to truth and they don't care if it gets them in hot water. Think Strickland and Burke.

3. The Quiet Opposition: Again, some theological variance, but they will only make a public noise when they have no other choice. They are still functioning as solid bishops, and trying to stay under the radar: Think Aquila, Vasa, Morlino (RIP), until recently, Cordileone.

4. The Embarrassment Alliance (the other dominant group): Many of these guys are in Rome, a few in the states. They tend to be older, obsese, effeminate, homosexual, prissy, self-indulgent, and manipulatively dishonest when they speak. They don't care about tradition, honesty or, apparently, their eternal destiny. They are ecclesial ladder-climbers. Many of them occupy major Archdiocesan chairs or coveted places in the Curia. They are a major reason so many Catholics have left the Church.

Excellent categories. I think the last group has done the most damage and will continue to do so. They are time-servers and lackeys for whomever is in charge. They blow with the wind and the current wind is "Vichy."