IF THE 1962 ROMAN MISSAL IS TO REMAIN IN A DARK DANK VATICAN MUSEUM'S BASEMENT; HOW CAN THE MODERN ROMAN MISSAL BE BROUGHT INTO LINE WITH WHAT VATICAN II ASKED? 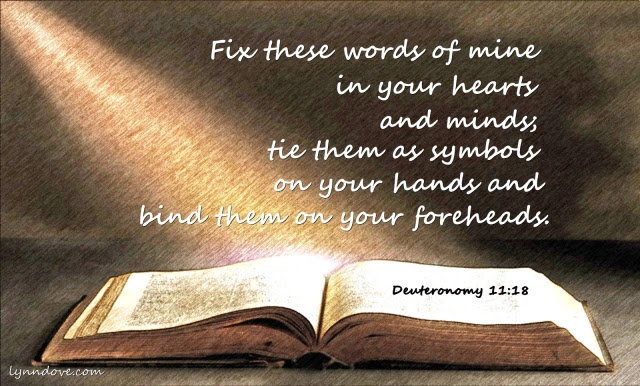 There is a case to be made that Pope St. Paul VI's  committee of elite liturgists with an ideological agenda did not implement the vision of Vatican II for the Mass but rather their own agenda and duped Pope St. Paul VI to believe they accomplished what the Fathers of Vatican II mandated.

One of the more important aspects Vatican II asked of the people of God was their active (actual) and conscious participation in the Mass. I remember well, as a child, that many of the laity were praying the Holy Rosary during Mass, although I was taught by the Sisters of Saint Joseph and my parents in the late 50's, how to use my personal St. Joseph Missal to follow the actual Mass and pray it.

But the people in the pews usually did not sing or say the parts of the Mass that were meant for them. That needed and needs to be addressed. That could have been addressed, as it was, beginning in the late 50's with the Dialogue Mass and with the 1965 Roman Missal that included some vernacular while maintaining Latin for the Roman Canon and the quiet personal prayers of the priest.

But what I would like to address is how the elite liturgical committee to manufacture a new Mass failed what Vatican II asked when the Fathers of Vatican II requested a more lavish use of Scripture.

In fact and instead,  they reduced the Scriptures of the Mass!

Keep in mind, the Fathers of Vatican II did not foresee what Scripture there was in the Mass being eliminated and thus impoverishing the new Mass when it came to the Scriptures that were embedded in the Mass.

What Scriptures are these, that the Modern Missal has eliminated and thus impoverished the Mass with a truncation of Scripture rather than a lavish use of them?

Gone from the Modern Roman Missal:

1. Psalm 42 at the Prayers at the foot of the altar

2. The prayer Aufer a nobis evokes Old Testament sacrifice with its reference to the Holy of Holies which the High Priest entered to offer the blood of the sacrificial victim.

3. The Introit which is from Sacred Scripture is made optional and is usually substituted with a non Scriptural metrical hymn and in a spoken Mass eliminated altogether.

4. The Modern Missal does expand the lectionary with a three year Sunday cycle and a two year daily Mass cycle and adds a reading in addition to the Epistle. However the tract, when prescribed in the TLM, is eliminated.

5. The Psalm reference in the prayer of the priest before chanting the Gospel completely eliminated: "Cleanse my heart and my lips, O Almighty God, Who did cleanse with a burning coal the lips of the prophet Isaiah; and keep in your loving kindness so to purify me that I may be enabled worthily to announce your Holy Gospel. through Christ our Lord. Amen."

6. The Offertory Antiphon made completely optional, either eliminated or some other hymn or anthem sung, but never said in a spoken Mass.

8. The Communion antiphon becomes optional, either substituted by a metrical hymn or anthem or eliminated

As a disclaimer, I do love the new lectionary and it has expanded my knowledge and love of both the Old and New Testament. However, many have commented that the Sunday cycle with the added Old Testament Reading, often rather long, is too much to digest and that the daily Mass cycle is better and should have been used for Sunday too as it is in the TLM.

Please take a deep breath. The vast majority of the world’s bishops have ignored TC , you were just unlucky in your diocese. When this papacy ends it will likely be dead letter. The geriatrics who hate tradition will be out of power in the next several years. Pope Francis is doing his level best to create a schism but traditionalists won’t be the cause. I thought with “liberals” diversity is our strenghth? Guess just more meaningless buzzwords like charity and accompinament

Maybe your good bishop has learned and important lesson: never ask a question if you may not like the answer.

Father McDonald said..."There is a case to be made that Pope St. Paul VI's committee of elite liturgists with an ideological agenda did not implement the vision of Vatican II for the Mass but rather their own agenda and duped Pope St. Paul VI to believe they accomplished what the Fathers of Vatican II mandated."

Pope Saint Paul VI instituted the "committee of elite liturgists" in question. He had the final say in liturgical matters.

Time and again, he declared that the Mass was in line with Vatican II.

From Pope Saint Paul VI, to Pope Francis, our Popes have insisted that the Missal is in line with Vatican II.

"THE ROMAN MISSAL RENEWED BY DECREE OF THE MOST HOLY SECOND ECUMENICAL COUNCIL OF THE VATICAN PROMULGATED BY AUTHORITY OF POPE PAUL VI AND REVISED AT THE DIRECTION OF POPE JOHN PAUL II."

You missed one out - the prayer said by the celebrant as he incenses the altar (Dirigatur ...) is taken from Ps.140

The prayer at the washing of the hands in the Novus Ordo is taken from the Miserere (Ps 50): [Amplius] lava me ab iniquitate mea, et a peccato meo munda me. Short, direct and easily memorized.

Father McDonald said..."There is a case to be made that Pope St. Paul VI's committee of elite liturgists with an ideological agenda did not implement the vision of Vatican II for the Mass but rather their own agenda and duped Pope St. Paul VI to believe they accomplished what the Fathers of Vatican II mandated."

-- "The reform of the rites and the liturgical books was undertaken immediately after the promulgation of the Constitution Sacrosanctum Concilium and was brought to an effective conclusion in a few years thanks to the considerable and selfless work of a large number of experts and bishops from all parts of the world."

-- This work was undertaken in accordance with the conciliar principles of fidelity to tradition and openness to legitimate development; and so it is possible to say that the reform of the Liturgy is strictly traditional and in accordance with “the ancient usage of the holy Fathers”.

-- "For this we should give thanks to God for that movement of the Holy Spirit in the Church which the liturgical renewal represents;"

-- “...the liturgical renewal is the most visible fruit of the whole work of the Council”.

-- "Pope Paul VI instituted a Consilium later the Sacred Congregation for Divine Worship and they carried out the task entrusted to them with generosity, competence and promptness."

In regard to Sacrosanctum Concilium:

Peter Kwasniewski: "The conclusion: Sacrosanctum Concilium is not only not a safe document, it was the greatest Trojan Horse ever introduced into the Church. I know that it’s painful for many good Catholics to admit that it is a corrupt and corrosive document, but we must judge the tree by its fruits."

Pope Saint John Paul II: "The Constitution Sacrosanctum Concilium is the expression of the unanimous voice of the College of Bishops gathered around the Successor of Peter and with the help of the Spirit of Truth promised by the Lord Jesus.

"The Constitution continues to sustain the Church along the paths of renewal and of holiness by fostering genuine liturgical life."

Rereading you initial post, Fr McDonald, i think to ask, did Vatican II ask for any changes to the Mass? I am taking my tiny mind through the de Mattei book. I may need to read it a couple of times to incorporate it all. But we may be trying to answer a question that wasn’t asked.

"But what I would like to address is how the elite liturgical committee to manufacture a new Mass failed what Vatican II asked when the Fathers of Vatican II requested a more lavish use of Scripture."

Based upon what was documented, couldn't we argue that they succeeded beyond what any of them probably had hoped for? Those charged with implementing the "reforms" got what they wanted, and leveled 500 years of continuity at a minimum.

Like a fad, the trickle down effect was embraced as a bit of a "who can out VII the other" with a very healthy, devoted percentage being left to deal, mostly by themselves, with their own shock and awe and what happened seemingly overnight.