BUT DR. MORRILL, THE CURRENT VATICAN AND THOSE PROGRESSIVES WHO ADVISE POPE FRANCIS AND THOSE OVERJOYED BY IT, ESPECIALLY AT PRAYTELL, HAVE ERASED THE PAPACIES OF POPES JOHN PAUL II AND BENEDICT XVI AND THUS THEY HAVE IT RIGHT IN THAT CONTEXT 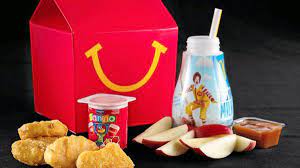 There has been a good discussion in the comments section of Praytell, which Praytell seems to have reformed, allowing for more diverse opinions without shutting down or deleting common sense comments that are orthodox and not progressive. Some posts are going back to the 1960’s with the Mass as a convivial meal and not about adoring or worshiping the Lord, especially in the Sacrament of the Altar, the Most Holy Eucharist. The other thread is on receiving again from the Common Chalice.

It’s all very interesting to say the least given the dysfunctional situation of the Church today and under the current pontificate that is incoherent, confusing and baffling, a far cry from the clarity of the previous two pontificates.

The “Alan” of this comment from Dr. Merrill is not me but the author of the Praytell Post which you can read HERE and another HERE.

Alan (and all), the narrowing of the reference of “source and summit” (SC, no. 10) from the liturgy to the Eucharist may be found already in the Introduction of John Paul II’s encyclical, Ecclesia de Eucharistia (2003). Moreover, in that opening paragraph (no. 1), the pontiff focuses on the “unique intensity” of Christ’s presence in the Eucharist on the bread and wine changed into “the body and blood of the Lord.” That opening article elaborates on this in terms of the Holy Eucharist containing (I consider the verb significant) Christ’s own flesh (footnoting Vat II’s Decree on the Priesthood, not SC), to conclude: “Consequently the gaze of the Church is constantly turned to her Lord, present in the Sacrament of the Altar, in which she discovers the full manifestation of his boundless love.“ No mention is made of the activity of the assembly (in prayer and song), nor the proclamation of the word of God. Throughout the encyclical the pope extols the “profound” affect proper to eucharistic worship as gratitude and amazement experienced in adoration of Christ in the sacred species.

So, my point: There we have it. Some two decades ago a eucharistic encyclical centered on the mutuality of the sacrament on the altar and the ontology of the priest (yes, I acknowledge John Paul issued it as the annual Holy Thursday papal address to all priests). Then came the disciplinary follow-up, Redemptionis Sacramentum (2004), ordering cessation of several dozen widespread abuses, grave delicts, and irregularities against the sacrament, the rite, and the ontological nature of the priest. I would imagine the US bishops very much consider their current project’s objective and strategies a reasonable deployment of the Roman Catholic hierarchy’s contemporary teaching on and discipline for the Eucharist.

I think this says it all. These "progressives" are evil and mentally ill:


Even as the demographic sinkhole opens up under the Church many “spiritual shepherds” would rather see a smoking crater than a sheepfold full of happy Tradition oriented Catholics.

“I despair of young priests. I’d rather we had nothing.”

The statement of an aged, loser, Irish Catholic priest. Springtime!