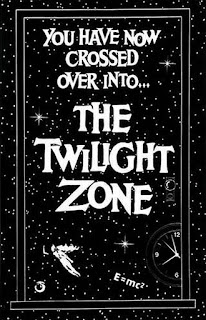 50,000 Syro-Malabar Christians Protest in Favor of Versus Populum

"But, all things being equal, I would still propose that the celebration of the Eucharist versus populum is the best manner to celebrate the Eucharist today. However, there are probably many factors that I am unaware of."

Conjecture regarding "best manner". Does not consider what is best for that particular liturgical patrimony, or, what should have been inherited.

"Today". This is not the Church of what's happening now. "All time belongs to him, throughout the ages".

Yes, there are many factors within the Christian East of which you are unaware.

"The history of contact between the native Saint Thomas Christians of India and the Roman Church has been marked by problems and serious misunderstandings since the early sixteenth century culminating in the 1599 Synod of Diamper and the resulting cleaving of the Church into at least seven smaller Churches."

Admittedly, I have little knowledge regarding the Thomasine Churches. The aforementioned paragraph is eerily familiar to what happened in the ensuing years following treaties of a similar vintage that brought my ancestors into the Catholic Communion. The Roman Church is almost incapable of understanding and leaving be churches brought into its communion. With swiftness, all have to be onboarded, almost corporately, subjected to governance and order perceived as superior and necessary by the west and little by little homogenization creeps in.

If they were to do VP, that would be a disaster. It was bad enough when there were all the Latinizations in the Byzantine East, I pray God that the Thomas Christians in Communion with Rome keep the traditional patrimony, I would make the argument, once it is broken, it is extremely difficult to gain back...as the West is presently finding out.

The Twilight Zone aspect of this and my point for the post is that it IS THE VATICAN AND POPE FRANCIS INSISTING THAT THIS LITURGY BE AD ORIENTEM! That’s the news not that some or many in that community want VP.

This is a good time to remember that Juan Peron often "played both sides against the middle" to confuse his opposition.

That lesson was not lost on his younger students.