AN INCREDIBLY STUPID ANSWER TO A SMART QUESTION… 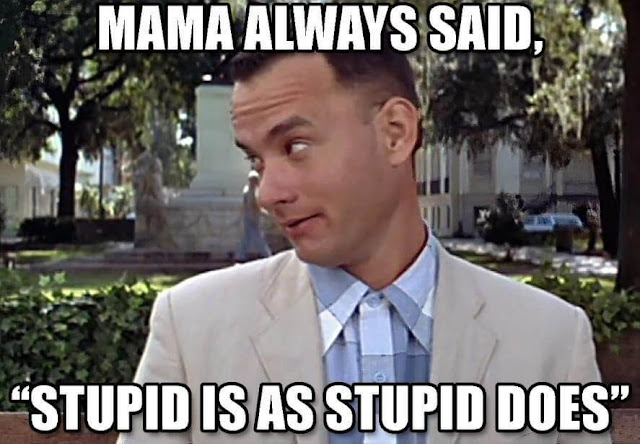 Crux interviewed Cardinal Roche and His new Eminence gives a stupid answer to a smart question. I am glad that Ms. Allen asked this question, because of all the papal talk about dialogue and bridge building really rings hollow when it comes to a small minority of lay and clerical Catholics who want the ability to have what two great popes allowed, the 1962 Roman Missal and other sacramental celebrations associated with that era of the Church.

Two popes graciously allowed these celebrations and bishops, clergy and laity ran with the ball given to them only to have a curmudgeon cancel that culture and permission and without dialogue.

So, Miss Allen, a very good question, a smart one, at that, only to receive a bad answer from the new Cardinal, a stupid answer at that!

Who has polarized the traditional Mass community? Who is polarizing the Church? The one doing it and those who support him, blame the victims rather than the catalyst for it. This is typical in the abuse history of the Church.

Pope Francis could have easily modulated the celebration of the older liturgical books in various minority communities challenging them to accept Vatican II as it is written and encouraging them to be less strident in expecting the older books to eclipse the new Tradition of the modern liturgical “traditions” which definitely need to be reformed too as Pope Emeritus Benedict indicated.

Canceling Pope Saint John Paul II’s and Benedict’s liturgical directions is a scandal, pure and simple and causes the disunity we now see as well as anger:

I have a question that might be a little uncomfortable, but it should be asked. You mentioned unity and bridge-building. How does this bridge-building apply to those who are perhaps wounded by the restrictions of the Traditional Latin Mass?

Well, there isn’t too much of a restriction. The Latin Tridentine Mass, or the Mass from the 1962 missal, is still available. But you know, you touch this area, and everyone starts screaming. That should tell us something straight away. What is this, that’s almost becoming hysterical? Because the Church has decreed at its highest level of legislation, which is a council, an ecumenical council, it has decreed that the liturgy should be reformed, reformed for the present day so that it actually speaks as a vehicle of evangelization, as well as being, most importantly, the center of our worship of God, as a community, in charity.

It’s important to get the fundamental things right first, before they’re politicized, and I think there’s a lot of politicizing of this issue, which is unworthy, really.

Is it possible to build-bridges with this element of politicization at play, or is it too difficult, in your view?

All I can say is that my dicastery is very open to talking to people, and that during the course of this past year, since the publication of Traditionis Custodis, I have received so-called ‘traditionalist’ groups, but we’ve got to be very careful, because the Church passes on the tradition, and it’s the Church that makes the tradition, it’s not people in lobbies that create the tradition, but it’s the Church in faithfulness to that.

If you take that seriously, then it raises for all of us an examination of conscience with regard to how we view that: Is that really something that we view seriously, or are we trying to create another Church? Are we trying to be Protestant instead of Catholic?

There is a certain amount of truth in all bigotry so it isn’t entirely unfair for people to ask these questions when meeting a person from a certain group. The maddening aspect of the attitude expressed by his new Imminence (I like that term and am stealing it) is that everyone who professes an affection for the Old Form must explain the behaviour of all other adherents before the hierarchy will engage in civil conversation.

The Roche was for the Latin Mass before he was against it - typical careerist type. In 50 years the Latin Mass attendees may be the only Catholics left

The Cardinal not only has flip-flopped on the issue; now he is lying and obfuscating. The worst part though is his rank clericalism. He clearly thinks "the Church" = the bishops. If he was at all familiar with what Vatican II taught, he would know that "the Church" is all the baptized - not just him and his pals.

In some respects I don't disagree with him. Mostly, however, I find this to be a crock.