THE BIZARRO WORLD THAT IS THE VATICAN TODAY…

CRUX, this morning, complained about Pope Francis not saying a word about the situation in Nicaragua. I am sure Vatican News reads CRUX. Hours later, Vatican News publishes a story about the UN Secretary General calling attention to the serious situation there undermining democracy!

What is going on? Is Pope Francis so South American when it comes to dictators and political chaos that he may not oppose what is happening in Nicaragua? That’s what is implied in the Crux article by the way! 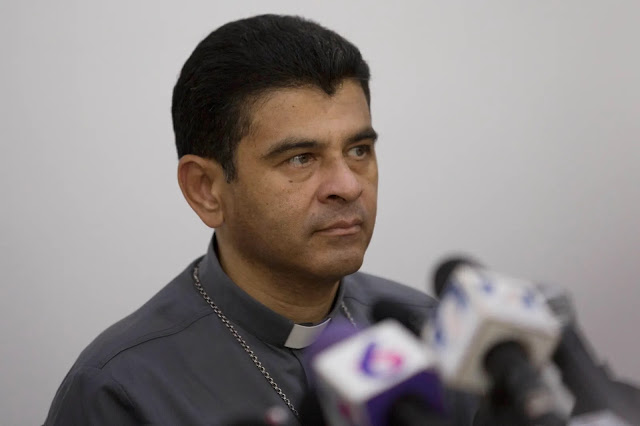 This morning Crux has a lead article which you can read below by pressing the title:

The same "He is silent!" cries rang out against Venerable Pope Pius XII.

Hmm! Let me think…the jury is still out on that?

Regarding Pope Pius, no, the jury is not still out on that.

Something this serious may be best handled with quiet diplomacy rather than in press conferences.

But, RCG, Vatican News posts what the UN is saying; could not the pope at least say something similar?

Father Kavanaugh, thank you for the above. That is the first thing that had occurred to me.

I am leery about claims that have pertained to Pope Francis', or any Pope's, supposed "silence" in regard to this, or that, matter.

"Silence" in what regard?

I recall claims that Pope Francis had been "silent" in regard to his supposed lack of support for Cardinal Pell (during the Cardinal's trial, as well as imprisonment).

Conversely, Cardinal Pell, following his release from prison, praised Pope Francis for his (Pope Francis) having been "very supportive" throughout the Cardinal's ordeal in question.

I am fine with Pope Francis handling the matter in question.

I am inclined to agree with Fr Kavanaugh and (heaven forfend!) Mark Thomas. We should be grateful that PF has resisted the temptation to open his mouth and immediately put his foot in it. The Holy See has centuries of experience in diplomacy and the overall responsibility for relations with states rests with the Cardinal Secretary of State, Pietro Parolin.

Not that he inspires much confidence, witness the China policy. But I am old enough to remember Paul VI's and Casaroli's disastrous Ostpolitik, which did nothing for beleaguered Catholics in the Soviet bloc, but conveniently encouraged communist infiltration of the Vatican.

Worshipers at the TLM are reduced supposedly to mere "silent spectator" status.

However, those who assist at the TLM reject the notion that they are "silent" at said Mass.

In that sense, it does not follow that a Pope has maintained silence despite his not having issued a public statement in regard to situation "X."

"I am following closely, with concern and sorrow, the situation created in Nicaragua that involves persons and institutions.

"I would like to express my conviction and my hope that, through an open and sincere dialogue, the basis for a respectful and peaceful co-existence might still be found.

"Let us ask the Lord, through the intercession of the Purísima, to inspire everyone’s heart with this concrete will."