IRELAND’S YOUNG AND BELIEVING AND PRACTICING CATHOLICS CALL OUT THE SYNODAL PROCESS AND THANKS BE TO GOD FOR HIS SURPRISES! 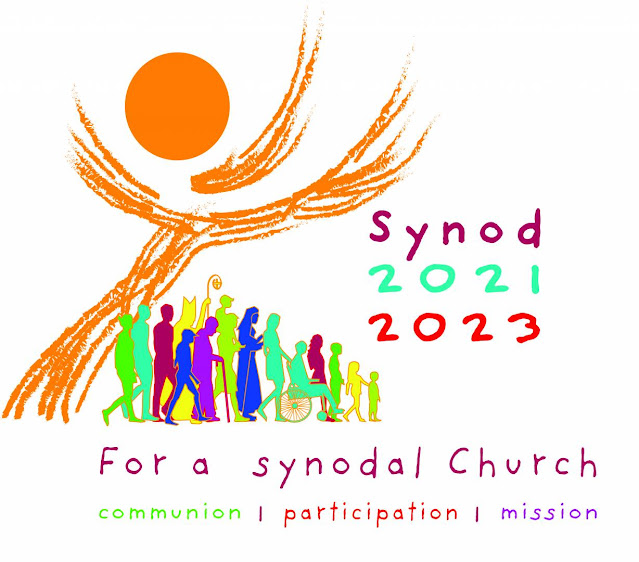 The synodal process as subterfuge to achieve a pre-determined change in the church to make it a different church, with less Catholics than ever and those to whom the Church is appeasing will never be appeased or rediscover their Catholic faith, whatever version of liberal Catholicism there is!

One of the things I learned as a young priest mentored by an older priest as it concerns pastoral and finance councils is that you have to make these councils think that what they say is important but the pastor, ultimately, gets his way but through subterfuge, making people think that consultation actually produced a result that wasn’t pre-determined.

Evidently the young Catholics in Ireland who actually practice their Catholic Faith know this and are calling out the synodal process!

A group of 500 young Catholics in Ireland have signed a letter saying they love the Church’s teaching, but that their voices had not been heard in the process leading up to the Synod on Synodality in Rome.

They express concern that the synodal process underway might falsely give the impression that all Catholics in Ireland would like to see changes made.

The letter is addressed to the Synod Steering Committee, responsible for gathering and summarizing responses to the questions posed in recent questionnaires for the Irish Synodal Pathway.

A copy was also sent to the bishops of Ireland.

Speaking to the Irish Catholic, Peadar Hand, one of the letter’s organizers, said, “among people who are actually practicing and trying their best to live their faith, there’s no desire for [a change in Church teaching].”

“The duty of the Church is not to change with the world, but to change the world,” he continued.The letter reads: “As young practicing Catholics, we would like you to hear our voices regarding developments with the Synodal Synthesis.”

“We have concerns that following the presentations at the Pre-Synodal National Gathering in June, the emerging synthesis risks presenting a false conclusion, namely that the Sensus Fidei is in conflict with current church teaching and practice. This relates in particular to human sexuality, marriage and ordained ministry.”

The sensus fidei, or sensus fidelium, is defined in the Catechism of the Catholic Church as "the supernatural appreciation of faith on the part of the whole people, when, from the bishops to the last of the faithful, they manifest a universal consent in matters of faith and morals."

CNA has reached out to the Irish Catholic Bishops' Conference for comment.

Pope Francis announced a Synod on Synodality in March 2020 in order “to provide an opportunity for the entire People of God to discern together how to move forward on the path towards being a more synodal Church in the long-term.”

The synodal process to prepare the synod started with consultations at the diocesan level in October 2021. A continental phase is scheduled to commence in March 2023, according to the Synod on Synodality’s website. The final and universal phase will begin with the XVI Ordinary General Assembly of the Synod of Bishops, on the theme “For a Synodal Church: Communion, Participation, and Mission,” at the Vatican in October 2023.

1) About the pastor's advice to you about finance and pastoral advisory councils, I disagree but I understand the point.

My view is that there are two key decisions with advisory bodies: first, who you choose and why, and then, what your mission is for them. Too often, such groups are poorly chosen. Either by elections, which risks people thinking they are akin to a legislative body and they all push their particular agendas, or they are there automatically and stick around forever, in which case, again, they tend to push their own, particular agenda.

Instead, folks on such bodies should be carefully chosen with a view to their commitment to a common mission, as well as other virtues and experiences; and by no means should they be rubber-stamps. Too often, the mission of the pastoral advisory council is very poorly articulated, and the results are equally lacking in focus and impact. Ultimately, the pastoral advisory council and the pastor have to share a mission, which means in practice that the pastor should be able to choose the membership. If he chooses well, his actions gain credibility; if not, then not.

2) About the young Irish Catholics. Their comments do not surprise me. In my (US, midwestern) diocese, a relatively small number showed up for the meetings, and those who showed up had their particular agenda. The young were very poorly represented, and those over 60 were way over-represented, as were clergy and religious. The observations that resulted will surprise no one.

If what the bishops and the Bishop of Rome really want is to hear from those who haven't much been heard from, you wouldn't do it the way it seems to have been done in many (who knows about all) places.

I'd be really curious to know what, if any, bishops first even considered whether they wanted to go the extra 10 miles it would take to hear from the true "peripheries," as opposed to either helping along the agenda they favor, or simply being able to say they did the minimum and then get back to whatever else they have to work on. Then I'd be curious to know what bishops, if any, sought the expertise and spent the time and money it would take really to do that. But to have a few meetings and just write down whatever those who showed up said? Nope, that's not going to reach the true peripheries.

Regarding your first point, your nicely worded response sounds like the ideal - the way it should work. More often, it comes off like "After consulting with the Finance and Pastoral Advisory Councils, and based upon their recommendations, we will pursue project "x" spending approximately "y". Almost like, "Don't get mad at me because of the extra collections/capital campaign, THEY told me to do it!"

Regarding your second point, well said. It was a bewildering exercise in both the East and West as I read the questionnaire my mother received as well. It just felt like an exercise to get people together and write down some stuff - not thoughtfully consider what the best path forward is, or, how we'd like to leave it so the next generation has a fighting chance of maintaining it. In the East, I couldn't attend the meeting but, I provided written answers to the questions - about 1/3 of which I honestly didn't understand and I was far from alone. I feel like I submitted a dead questionnaire that will be compiled into a dead report. It's a shame as it could have been better orchestrated to curb the agendas and to be inclusive.

As always your comments are well worth reading and display both wisdom and common sense.

The whole exercise probably cost the laity a lot of money, paying consultants millions for something that should spring naturally from the exercise of the priestly ministry. The more the Church uses secular tools, the less people care.

I don’t know if you saw the article I posted on another thread disclosing polling results where it was clear there was strong support for the TLM at a couple of time periods following the Council which might provide a clue as to why so many Catholics stopped coming to Mass. Polling of course is a secular tool yet in that case the Church leaders in the US chose to ignore it because it reflected an inconvenient fact.

This article is a must read for you both. Dr. Kwasniewski knocks it out of the park.

Thank you for that link, TJM.

Dr. K, as always, is flat-out excellent with that effort.
Catechist Kev

I'm afraid that after so many years of witnessing wishy-washy priests imported from Ireland (and their legacy of alcoholic rectories) and reading so many stories of the horrors of the Church there, including the notorious Maynooth seminary, my attitude about the Church in Ireland has deteriorated to something between disgust and cynicism.

However, reading an article like this injects me with new hope--something I never should have lost in the first place. This great island nation preserved our faith for centuries. They sent courageous men to all corners of the globe to spread the gospel and give us the sacraments. I suppose that, given the depravity and deterioration of our modern culture, it is unfair to expect Ireland to be any different, but, by gosh, there IS hope. The boldness, courage and faithfulness of these young Catholics is what we need right now. Let's hope it's contagious.

Unlike the lefty geriatrics, young people thirst for authenticity - that is why the young are attracted to the TLM. I hope you are familiar with Juventutem. In 20 years they will probably be the last Catholics standing, other than young people exposed to priests like Fathers Fox and McDonald who are doing their best to preserve the Faith.

“Behind those who accuse the Church of Christ of being too rigid there is only the perversion of the false prophets who attempt against the Truth of Christ himself.”
Pius XII

Now where have I heard about "rigid" Catholics?