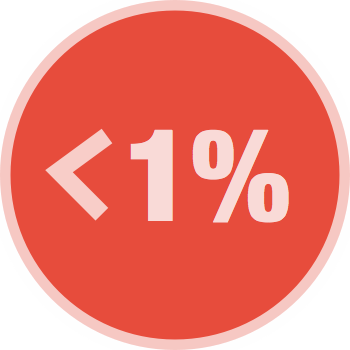 The National Catholic Reporter has a silly progressivist’s article on the direction of the Church that those who have participated in the synod discussions would like to see the Church go, and that is a Church that fails to be the Roman Catholic Church and her perennial Magisterium and Deposit of Faith.

You can read the full article by pressing its title:

Here’s the money quote which makes the case at how unsuccessful the listening sessions have been so far with less than 1% of the nearly 52 million Catholics there are in the USA:

"I'm delighted to see that every single report I've read expresses an appreciation for and a desire to continue the synodal listening, to enter into a sacred space and engage in deep listening and discernment with one another on a regular basis," McStravog said.

Still, the estimated 650,000 synod participants represent a little more than 1% of the roughly 51 million Catholic adults in the United States. The diocesan reports indicate that about two-thirds of those who attended listening sessions were 55 or older, and that most of those participants were women. An overwhelming majority of synodal participants were also white — 94% in the Diocese of Worcester, Massachusetts, for example — and were more likely to be married and attend Mass weekly.

Are the bishops of the USA going to send their findings to Rome based upon less than 1% of Catholics who were 55 and older, predominantly white and aging liberals, who want to continue the dysfunction of the Catholic Church in the USA for the past 50 years so that even fewer Catholics will attend Mass in a Church where anything goes, neo-gnosticism  I think that is called?

I ask, you react.

I have read several online reports from "listening sessions" that were conducted by parishes across America.

In that regard, I have encountered repeatedly the following themes:

-- The Church has excluded women.

-- The Church has excluded homosexuals.

-- The Church has excluded divorcees.

-- Liturgy is too rigid and formal.

-- The Church has made little effort to have reached out to lapsed Catholics.

The following is typical...from what I've encountered. This is from Richmond, Virginia.

I quote from the report:

"Gender, marriage, and sexuality was a big topic. The Church doesn’t listen well to
women. Many have left the church because of women’s roles in the church; their voices aren’t heard.

"The problem of largely-male leadership and clericalism (and lack of female
representation) was mentioned multiple times.

"The Church needs better outreach/accompaniment to divorcees, and it needs to accompany LGBTQ folks better and listen more to their experience.

"There is also a sense that “money talks” and that those who donate are listened to more than others."

Yes, that is the 1% of 52 million, mostly female senior citizens with a 1969’s mentality and very neo-gnostic. A mere fraction of that 1% were men and a smaller fraction young people. But what the heck, this is why there is a synod on synods so that aging Catholics will continue to get their way.

I consider as interesting the following from "listening sessions":

The Faithful view "picnic-style events and coffee-and-donuts-type informal gatherings" as very important to the life of a parish.

99% of Catholics absent themseyfrom listening sessions and fellowship as it is not important to them. The less than 1% who do want it complain about the 99% who don’t. They whine about it. Non liturgical or sacramental churches have only three draws, fellowship, good preaching and music. None of these are sacraments.

Most churches, even if they do not like to admit it, have litgugical worship. I had this conversation with the pastor of a large Baptist church in Effingham County many years ago. His Sunday morning service followed the same pattern every week. They also observed a Christmas season and an Easter season, though not as extended as ours.

Many non-litgrgical churches also have a pretty significant draw - the Word of God, also known as the Bible. I have heard very fine preachers who do a comnpletely respectable job presenting the Word of God in their preaching, connecting it to the lives of their congregants, and challenging them to be more God-centered in the way they live.

I attended one of these sessions at my church. Old, white women dominated. Men like me were a minority. That said, I bounced around to different tables and didn't hear a peep re: women in leadership positions as being a problem. I didn't hear one word re: LGBTQ. I heard a lot about preaching and teaching the faith, stop watering things down, bishops speak up, the desperate need for adult catechesis because what most of us got in the 70's was beyond terrible. In short, I noted a general tone of 'stiffen your spine clergy, we can take it'.

Do I think any of this will make it's way to Rome? Not a prayer. Francis has already decided what he wants and all this is window dressing.

"...this is why there is a synod on synods so that aging Catholics will continue to get their way."

That summarizes this sham in its entirety. All the rest of our "conversation" here is superfluous.

Two points: the reports sent to Rome will reflect whatever the bishop wants it to reflect regardless of the degree of participation; second: the Pope of surprises will do whatever he wants and point to reports no one can see to justify it.

Bishop Stephen D. Parkes has portrayed the Synod as a Holy Spirit-filled, wonderful initiative that will serve well the Holy People of God.

He has emphasized that Synod/listening process is the Holy Spirit speaking to the Church.

"In this light, the objective of the current Synod is to listen, as the entire People of God, to what the Holy Spirit is saying to the Church."

"In this sense, it is clear that the purpose of this Synod is not to produce more documents.

"Rather, it is intended to inspire people to dream about the Church we are called to be, to make people’s hopes flourish, to stimulate trust, to bind up wounds, to weave new and deeper relationships, to learn from one another, to build bridges, to enlighten minds, warm hearts, and restore strength to our hands for our common mission.

"Thus the objective of this Synodal Process is not only a series of exercises that start and stop, but rather a journey of growing authentically towards the communion and mission that God calls the Church to live out in the third millennium."

"In the end, this Synodal Process seeks to move towards a Church that is more fruitfully at the service of the coming of the kingdom of heaven."

Bishop Stephen Parkes' upbeat assessment of the Holy Ghost-guided Synod/Synodal Process echoes that of my bishop. Beyond that, one bishop after another has spoken in similar fashion.

Bishop Parkes is not listening to the people who attend the TLM. Instead, he listened to his mean old boss in Rome