WOW! THIS ARTICLE PRETTY WELL CAPTURES WHY POPE FRANCIS IS GOING BACKWARDS (REVERTING) TO THE 1970’S AND THE SPIRIT OF VATICAN II AND IT IS NOT JUST ABOUT LITURGY AND ECCLISOLOGY, BUT AND MOST IMPORTANTLY THE NEW MORAL THEOLOGY OF THAT ERA WHICH HIS HOLINESS EMBRACES 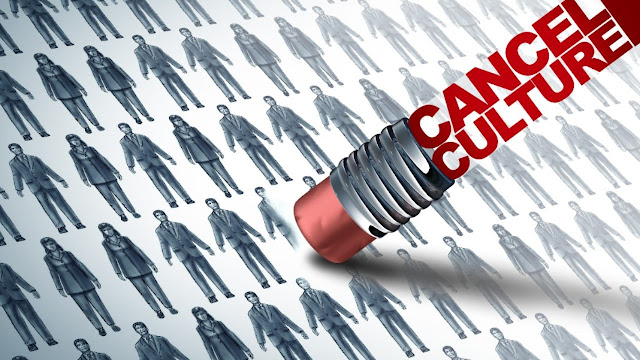 The suppression of the pre-Vatican II Mass is not just about liturgy and ecclesiology, but also morality. Traditional Catholics rigidly ascribe to the moral theology of the Church prior the the new moral theology of the 1960’s and 70’s which I was taught in the late 1970’s at my liberal seminary. They may not always live by it but they ascribe to it and see it as a goal to attain in the process of becoming truly holy and saved. It is a part of the pre-Vatican II morality and spirituality of attaining perfection, perhaps in this world but certainly in heaven.

I was quite surprised as a first year seminarian in 1976 at St. Mary’s in Baltimore to have a rector’s conference where the "Catholic" homosexual rights group “Dignity” was invited to teach us seminarians that homosexuals and their form of sexual union must be seen as a grace-filled experience.

That was news to this neo-southern good ole boy brought up in a conservative pre-Vatican II and Post-Vatican II parish in Augusta, Georgia. But it was a part of the new morality that embraced homosexuality on an equal footing with heterosexuality and sacramental marriage. This was 1976.

This article by a scholar is quite telling and yes he hits the nail on the head. The progressive theologians he writes about are the ones who we studied, back in the day, at my seminary. And yes, they gave us the new morality, what conservatives back then called the "old immorality"! It was also situational ethics which I recall our now deceased former bishop, Bishop Raymond Lessard, railed against in the 1970's and 1980's when he had his "mini-retreats" throughout our diocese and he chose to hold up as bad examples the Jesuits of that period who were promoting it.

Back to the 70’s we go to move forward as though Popes John Paul II and Benedict never came to the papacy. They are canceled!

Press the title for the article:

Here is why I believe that Pope Francis—slowly and brick by brick—is attempting to subvert the theological hermeneutic of the previous two papacies.

Larry Chapp, originally from the Diocese of Lincoln, the author of that item, was a couple of years behind me in seminary I always wondered what became of him!

I thought you would enjoy this statement of Archbishop Aguer

"It has been predominantly young people who have decided to worship God by attending the “Mass of Ages,” without taking into account the ukase of the current Successor of Peter. They have done so without a spirit of sedition, guided not only by the Benedictine permission but also by the Constitution Sacrosanctum Concilium of Vatican II. The gesture of the faithful who prefer to attend the Holy Sacrifice of the Mass celebrated according to the Missal published in 1962 by John XXIII is a sign that the authority constituted by the Lord in his Church is not an absolutist power, but is at the service of the people of God in continuity with the great ecclesial Tradition, and not against it. Those faithful—I insist: young people especially—quietly demand that tradition not be contradicted beneath a casuistic disguise. They appeal to the tribunal of God. I recall that Muslims often say “God is great.” He is, indeed, the One and Triune God.

The notion that one form of the rite is the "Mass of the Ages" and one is not is false.

If you celebrated both forms you would know this, but alas you don't and thus you wallow in ignorance about it.

McElroy is truly despicable. This Pope is equally so in many, many ways. I had so hoped we were on the tail end of the 1970's crowd but alas, there is still runway left. Francis is vindictive and authoritative. We know this. His removal as Jesuit Superior in Argentina stemmed from his many character flaws. Can't teach this old dog new tricks.

Fr K you are always good for a laugh. Calling the OF the “Mass of the Ages” is like calling abortion “healthcare.” You must glory in your ignorance!

Fr. ALLAN McDonald - The misappropriation of "Mass of the Ages" to refer to THIS rite and not THAT rite is theologically unsupportable, a tactic used by the devotees of the Extraordinary Form to denigrate the Ordinary Form. Why not simply say "Extraordinary Form?"

So, when the term is misused, that misuse shold be pointed out. I am only to happy to oblige.

Al due respect, Father Kavanaugh, a number of liturgists who are far more educated than me and maybe even just a little tiny bit more educated than you have pretty much concurred that the term "Extraordinary Form" was more or less an invention or construct of Pope Benedict to try to "keep peace in the family". Unlike you, I will not presume to read your mind and accuse you of feeling or thinking a certain way, but I have to say that if you honestly think that the Novus Ordo Mass that you celebrate every day is even 50% like the Masses offered by St. Augustine of Hippo or St. Gregory the Great or Innocent III or St. John Vianney or any other priests and bishops throughout the ages...well, courtesy restrains me from publicly stating my conclusion!

The OF is not the "Mass of the Ages," but as Pope Benedict stated:

"The liturgical reform, in its concrete realization, has distanced itself even more from its origin. The result has not been a reanimation, but devastation. In place of the liturgy, fruit of a continual development, they have placed a fabricated liturgy. They have deserted a vital process of growth and becoming in order to substitute a fabrication. They did not want to continue the development, the organic maturing of something living through the centuries, and they replaced it, in the manner of technical production, by a fabrication, a banal product of the moment. (Ratzinger in Revue Theologisches, Vol. 20, Feb. 1990, pgs. 103-104)"

In addition to the foregoing, maybe the reason people denigrate the OF is that it is celebrated in a puerile fashion in most places AND only 30% of the people who bother to go, believe in the Real Presence. I guess that is no biggy to you. Does not happen with the EF.

And a perfect description of postconciliar parish life in the west.


Let's get out those banners, get rid of those altar rails and start some serious hand-holding! It's RENEWAL Time! We're on the road to holiness, Peter, Paul and Mary style! Right Mark? Right Father K? Hooray!!!!!!

(If you think I'm being cruel, just think about how disparagingly future generations are going to be laughing at us)

Jerome - The mass I celebrate is the SAME mass celebrated in ANY rite. It is the sacrifice of Christ to the Father for the salvation of the world. That's what makes it the mass. Not the language, not the rubrics, not the vestment style or the gender of the altar servers or the type of musical accompaniment.

The languages differ, the rubrics differ, but the mass is the mass in whatever legitimate form it is offered.

When advocates tout the mass they prefer as "The Mass of the Ages" it is meant as a put-down to those of us who do not celebrate or attend the Extraordinary Form. Mistakenly, they confuse their personal preferences and the accidents of history for the theology of the Church regarding the Sacrifice offered in the mass.

I know one person who has rejected the claim that Pope Francis has attempted to subvert Pope Benedict XVI's former Pontificate:

I do not accept the validity of the article (hit piece) in question.

"The Church does not engage in proselytism."

Exactly Father IT IS A PUT-DOWN!

Yes, the sacrifice of Christ is the same!

No, THOSE PRAYERS AREN'T THE SAME!

IN THE MASS OF THE AGES (putdown consumption pause) THERE ARE MORE PRAYERS, THE PRAYERS ARE MORE PROFOUND, THE RUBRICS ALLOW FOR NO IMPROVISATION AND THE CONGREGANTS SHOW A DEEPER REVERENCE, MOST LIKELY BECAUSE THE PRIEST ISN'T TRYING TO BE BOB BARKER!

Have a nice day.

I have not encountered in my diocese any move "back to the 1960s."

Throughout his reign, in union with Pope Francis, our diocese has witnessed an improvement in liturgical celebrations (the priest as an entertainer has ceased)...increased time set aside for Confession...tremendous emphasis upon the Culture of Life...great devotion to the Blessed Virgin Mary...Saints...restoration of beauty to ugly churches.

In communion with him, we have moved forward, in positive fashion, with Pope Francis.

Jerome - I had no doubts about the term. I'll have a nice day and you do the same.

You still have not told us if Pope Francis has shut off his air conditioning. I assume you have since your are an obsequious adherent to all of his utterances.

You still have not told us if Pope Francis has shut off his air conditioning. I assume you have since your are an obsequious adherent to all of his utterances.

Sophia Here: Very alarming! CNA - "Vatican asks for suspension of ordinations in French diocese"
"The Vatican has asked a diocese in southern France to suspend its ordinations of priests and deacons scheduled for this month after a 'fraternal visit' of the diocese.
Bishop Dominique Rey of Fréjus-Toulon announced June 2 that the suspension was requested due to 'questions that certain Roman dicasteries were asking about the restructuring of the seminary and the policy of welcoming people to the diocese.'
Rey has ordained diocesan clerics using the 1962 Roman Pontifical, and has used the same book for the ordinations of religious communities, including the Institute of the Good Shepherd...."

60% of French dioceses are ordaining no priests and the EF Church is keeping French Catholicism afloat so of course the idiotic and hypocritical Vatican must snuff these ordinations out!

I cannot help but suspect that the endgame of this entire charade is to drive the only sector of the Church growing, the Traditionalists (Yeah, I know that's propaganda, but it's TRUE propaganda) underground, and probably into the bosom of the SSPX. Once enough have flown the coop to the SSPX, our kindly, gentle, loving modernist superiors will drop the hammer of excommunication one more time.

There's just one problem: There can be a good argument made that their excommunications were not valid in the first place. That is further complicated by the fact that many solid voices in the Church (the late Cardinal Castrillon comes to mind) insisted that they were not in schism and that is was perfectly fine to attend their Masses, so long as it was done with the right intention.

In the final construction of the Ape of the Church, what happens if the "legitimate" Church excommunicates herself by heresy and canonical violations of its own laws?