LARRY CHAP HITS THE NAIL ON THE HEAD 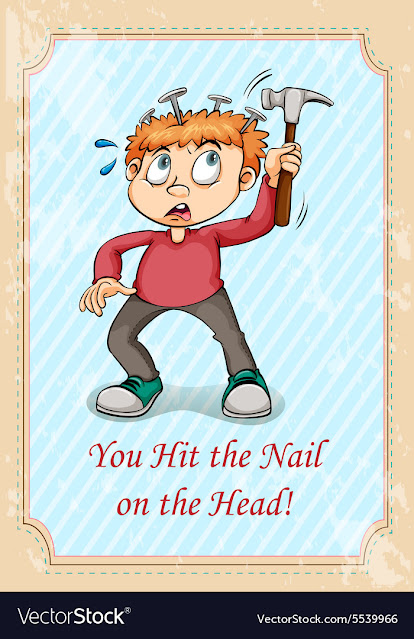 My comment first: I am not a “rad trad” or a restorationist. I am a middle of the road Catholic priest who leans toward tradition and not novelty. I like Latin but prefer the vernacular for most of the Mass. I like religious life that is distinctive, wears habits, etc. I think parishes should have social outreach to the poor and disenfranchised and those on the margins.

I completely endorse Pope Benedict’s Christmas elocution to the cardinals of the Curia on the proper way to interpret the Second Vatican Council, within continuity with what preceded, not in rupture or put more plainly “reform in continuity.

I am not opposed to the older form of the Mass and fully thought the art of trying to allow these two forms to coexist in a parish was very “catholic”. I had hoped for a third Roman Missal to replace both the 1962 and 1970 versions, one that is a synthesis of the two maintaining the good, reverent and holy in both.

Pope Benedict once stated in this very sane analysis of Catholicism:

“Catholicism, a bit simplistically, always has been considered the religion of the great ‘both/and’ – not of grand exclusivities, but of synthesis. The word ‘catholic’ means precisely ‘synthesis.’

“A good and truly Catholic pastoral approach means to live in the both/and; to live one’s own humanity and the humanism of man … and, at the same time, not to forget God. … Therefore, I’d say simply to commit myself to the great Catholic synthesis, to this ‘both/and.’

Thus this article really sums up what I feel and I think it hits the nail on the head:

The false binary between progressive accommodators and “rad trad” restorationists

Many formerly conservative Catholics have been red-pilled by the current papacy, which has, sadly, led to extreme and wrong positions about Vatican II and the Church at large.

Chapp’s article is a tour de force. I recommend Mark Thomas read it with an open mind

I don’t buy it. The article reminds me of someone who enters a room where two people are fighting and attempts to calm the situation by claiming they are mutually at fault. The straw-man of ‘restorationist’ is a weapon of definition. The Pope uses the term with a definition of his own choosing forcing his target to defend themselves from the definition rather than discuss the problem of a failing Church.

It is an interesting thought experiment to allow a hated category to have a correct position and address the position without addressing the individual. We know this is as ad hominem argument, but in in this case the Pope uses the name-calling as an entry point to draw energy away from addressing the failure of Vatican II. Would we change our position on Vatican II any more than we would change our view of broccoli based on the concurring opinions of a Nazi? Similarly, there are people who post here that hold the position that the Church has failed because the society failed around it, nothing to do with Vatican II. if we accept that position as valid then we can ask ourselves if Vatican II had never happened would things be any different? It seems unlikely using that version of reality, so what use, then, has been Vatican II?

You have a different perspective of the article than I do, because at my advanced age, I can safely say that for any Catholic writer to take on the Pope in print as this one has, let's say in the 1950s or early 1960s, would have left us all aghast. The author is being sharply critical of Santita and is not letting him off the hook. He also gives ample justification why it is this Pope who has made Vatican II an issue for folks who weren't even around during the Council. The Pope is fighting the last war.

Initially I had high hopes for Pope Francis, but he dashed them rather quickly. The most stunning thing he has done is to repudiate his predecessor's peace treaty, Summorum Pontificum, by issuing a declaration of war, Traditionis Custodes, while his predecessor is still living. Bad form, as the Brits might say. It also serves as the best evidence that
"mercy, accompaniment,etc" are meaningless buzzwords with no substance.

Santita should be very careful going after the American Church. After all, we contribute the lion's share to Peter's Pence and I note his country contributes a paltry amount.

We will survive this papacy and hopefully it will become just a bad memory, a blip on the road to recovering our Catholic heritage.

TJM, that is fair assessment. I am trying to avoid attacking the Pole, but keeps hiding behind the target.

I think the author tries to be fair by attacking restorationists or traditionalists in a misguided attempt at fairness. Some trads hate the Pope so all trads hate the Pope. Some trads use their parishes to attack the Pope so we should suppress all TLM parishes just to be sure we stamp them out. The difference is that trads who attack the Pope, etc. are wrong within the rule boundary of Traditional Catholicism, as your example shows. But attacking traditional parishes and their members under false pretenses is wholly within the boundary of progressive practice.

Larry Chapp's article in question is filled with nonsense. His article is inaccurate to a mind-boggling degree.

Example: The following is incorrect beyond comprehension:

"The irony is that the very radical traditionalists the Pope clearly dislikes are of his own making. He is the one who has radicalized them."

The radtrads existed decades prior to Pope Francis' Pontificate. Said folks, have spewed their venom at Popes — from Saint Paul VI to date.

It is mind-boggling that Larry Chapp declared that Pope Francis radicalized "conservatives/traditionalists."

Within just a few minutes of his having been announced as Pope, the radtrads had flooded the Internet with hatred and lies directed at Pope Francis.

Nevertheless, the radtrads had spread the lie about Pope Francis' (nonexistent) hatred of the SSPX.

New Catholic has boasted the he/Rorate Caeli had been first on earth to have denounced Pope Francis on the day of his (the Pope's) election as the Bishop of Rome.

Therefore, well prior to his having "radicalized" trads supposedly, "conservatives/traditionalists" had initiated their war against His Holiness, Pope Francis.

But then, radtrads had been radicalized well prior to Pope Francis' Pontificate.

In regard to the article in question: Larry Chapp said of trads/rad trads:

"Furthermore, included in their bestiary of the monstrous fruits of the Council are: the deep Masonic perfidies of the liturgical reform, the crypto-heresy of all post-conciliar popes (for some of them even Pius XII was “squishy”)...ecumenism (the denial of Catholicism as the true Church), interreligious dialogue (religious relativism as we saw with Pope John Paul II at Assisi), and finally, a full throated condemnation of Pope Francis as a heretic or even, some assert, an anti-pope who is the head of the false “Vatican II Church”.

"Many of the people who now call themselves traditionalists and who harbor some or all of the positions outlined above were people who a mere ten years ago would have been content with being called “conservative JPII Catholics”; they harbored no such deep resentments toward the Council....and found in Pope John Paul II...stalwart defenders of orthodoxy."

"Some of them...were not the implacable enemies of the Mass of Paul VI they later became."

"What happened? Pope Francis is what happened...the rise of a Pope...was the final straw..."

-- Prior to Pope Francis' reign, many of today's "traditionalists" believed that Vatican II, and the Novus Ordo were orthodox.

-- Said folks were on board with Popes Benedict XVI, and Saint John Paul II.

But now, said folks have denounced Vatican II. They believe in the "crypto-heresy of all post-conciliar popes"..."for some of them even Pius XII was “squishy”...they reject ecumenism, as well as interreligious dialogue.

The folks in question have turned against Holy Mother Church...against all "post-conciliar popes"...all as the result of Pope Francis.

If anything, what degree of faith does a Catholic possess to have moved from a loyal Catholic supposedly, to one who, as the result of Pope Francis supposedly, has denounced all post-conciliar Popes, Vatican II, the "Masonic liturgical reform...?

I find it difficult to believe that anybody within his or her right mind...that any stable Catholic...has reversed course in such extreme, bizarre fashion.

I find it difficult to believe that a stable person would within his or her right mind would reverse course in such extreme, bizarre fashion.

It is preposterous to pin upon Pope Francis the acceptance by "traditionalists" of such nonsense...such utter, bizarre, unstable nonsense, as Larry Chapp has delineated.

From Larry Chapp's article in question:

"Many of the people who now call themselves traditionalists and who harbor some or all of the positions outlined above were people who a mere ten years ago would have been content with being called “conservative JPII Catholics...”

Larry Chapp said that prior to Pope Francis' reign, "traditionalists" had found:

"...included in their bestiary of the monstrous fruits of the Council..." the..."religious relativism as we saw with Pope John Paul II at Assisi..."

Larry Chapp also said that many of today's Rad Trads believe in the "crypto-heresy of all post-conciliar popes..."

But it is all Pope Francis' fault.

Your cut and paste approach and lack of reasoning is utter nonsense. Your obsession with PF is sick

"The Lefebvre folks existed but were an extreme and marginalized minority and their “soft schism” was rejected by almost all conservative Catholics as a dead end."

I did not realize that the grave sin/situation of schism is "soft."

"With great affliction the Church has learned of the unlawful episcopal ordination...This affliction was particularly felt by the Successor Peter...In itself, this act was one of disobedience to the Roman Pontiff in a very grave matter and of supreme importance for the unity of the church...Hence such disobedience - which implies in practice the rejection of the Roman primacy - constitutes a schismatic act."

Larry Chapp: "The Lefebvre folks existed but were an extreme and marginalized minority and their “soft schism” was rejected by almost all conservative Catholics as a dead end."

Then-Cardinal Ratzinger: "We must reflect on this fact: that a large number of Catholics, far beyond the narrow circle of the Fraternity of Lefebvre, see this man as a guide, in some sense, or at least as a useful ally."

Sorry, Mister Chapp, but I do not believe that the "Lefebvre folks'" "soft" schism "was rejected by almost all conservative Catholics as a dead end."

Sorry, Mister Chapp, but many on the right-wing viewed, and have continued to view, Archbishop Lefebvre/"Fraternity of Lefebvre" "as a guide, in some sense, or at least as a useful ally."

Notice how no one comments on your comments other than me who is hoping you can be saved from the sin of papalotry!