IT REALLY HAS BEEN AND IS A SETTLIING OF SCORES WITH POPE SAINT JOHN PAUL II AND HIS PROXY, CARDINAL RATZINGER 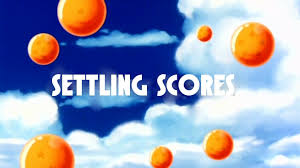 If you wish to have some context for what Pope Francis is doing, read this Time Magazine article from 1981 and you will know. It truly is a settling of scores and the Jesuits' arrogance, elitism and independent ways that Pope St. John Paul tried heroically to curb and in doing so set the stage for revenge beginning with 3/13/13:


The Pope picks his own team to head the powerful order

The Jesuits swear an oath of obedience to the papacy but, throughout their 441-year history, their independent ways and elitist style have ruffled many Popes. John Paul II, no stranger to controversy, last week took a bold step to bridle the Society of Jesus. In a move interpreted as a warning to all religious orders, he suspended the normal workings of the Jesuit Constitutions, removed the acting leader of the organization and replaced him with two Italian Jesuits who enjoy the Vatican's confidence: Paolo Dezza, 79, and Joseph Pittau, 53.

John Paul has entered a high-stakes game. The Jesuits are the largest (27,000) and the most dominant of the men's orders, with far-flung influence in education, theology and missions. The Superior General of the society is considered the second most powerful figure in Roman Catholicism.

Pontiffs have intervened in the past by dictating the elections of Superiors General. In 1773 Pope Clement XIV even dissolved the society, a 41-year-long humiliation that some Jesuit intellectuals close to the Vatican are comparing with John Paul's treatment.

The current conflict has been building ever since the Second Vatican Council, when some Jesuits began busying themselves in social action and in questioning papal teachings. In 1973 a harried Pope Paul VI wrote Superior General Pedro Arrupe to "express our desire, indeed our demand," that the Jesuits remain loyal to the papacy. In 1979 Pope John Paul II directed Arrupe to wipe out secularism and other "regrettable shortcomings."

Last year Arrupe, Superior General since 1965, cited age and health in asking John Paul's permission to resign. In August, felled by a stroke that left him partially paralyzed, Arrupe, 73, followed Jesuit legal procedure and selected a Vicar General (interim leader), American Father Vincent O'Keefe, 61, to run the order. O'Keefe is a former president of Fordham University. Unable to speak intelligibly because of his illness, Arrupe has not replied to John Paul's announcement that he was naming Dezza as "a delegate who will represent me more closely in the society" until a General Congregation elects Arrupe's permanent successor.

When Arrupe was chosen Superior General, Dezza and O'Keefe were among his four advisers. Dezza, no reactionary but well to the right of both Arrupe and O'Keefe, is a philosopher and onetime rector of Rome's Pontifical Gregorian University. John Paul named the energetic Pittau to assist the aged, partially blind Dezza and take over "should he be impeded or die." Pittau, considered a moderate, is the sort of well-trained, efficient academic who catches John Paul's eye. A Harvard Ph.D. in sociology, he is rector of Tokyo's Sophia University and, since last year, leader of the Japan province. O'Keefe remains an adviser to the new team and refuses to comment.

In a letter to Arrupe, John Paul saw a need for "more thorough preparation of the society" before a General Congregation is held. That is being read as a signal that John Paul wants the Jesuits to shape up before the election of a new leader. As a result, no one in Rome sees a replacement for the Dezza-Pittau administration until at least 1983 and perhaps years beyond that.

There were about 38,000 Jesuits in the early 1960s and around 14,000 now. Another Vatican II “success story.” It has not grown since the Jesuit pope was elected.

Malachi Martin's book on his former order is quite revealing. For anyone who found this post interesting, I highly recommend it.

Off topic, but a report on the "Party of the Little Guy!"

In a periodic transaction report signed last Friday and appearing on the House of Representatives' website on Monday, the California Democrat disclosed that her husband, financier Paul Pelosi, on May 13 bought Apple call options for between $500,001 and $1 million.

Users on social media platforms including Twitter, Reddit, Youtube and TikTok have scrutinized Pelosi's trade disclosures in recent months, believing her position as House Speaker gives her and her husband an edge."

No doubt the proceeds will go to organizations supporting pregnant, but unmarried women!

Off topic, but a report on the "Party of the Little Guy!"

In a periodic transaction report signed last Friday and appearing on the House of Representatives' website on Monday, the California Democrat disclosed that her husband, financier Paul Pelosi, on May 13 bought Apple call options for between $500,001 and $1 million.

Users on social media platforms including Twitter, Reddit, Youtube and TikTok have scrutinized Pelosi's trade disclosures in recent months, believing her position as House Speaker gives her and her husband an edge."

No doubt the proceeds will go to organizations supporting pregnant, but unmarried women!

John Paul’s weakness was he wanted to be a rock star and a stage actor and not so much the Vicar of Christ. Yes for the Vatican II Popes he was better then most, but not what he could have done in truly returning the church to pre-Vatican II. Now the Ape of the Church is not much better then a NGO no longer concerned about the Salvation of Souls.

He also did nothing on the report of the Masons in the Curia. Again he brought people the Vatican square, but not into the Vatican. In that sense he failed to save souls though I believe he had good intentions he simply let the rot continue in the Curia which had already been ongoing for years. A must read is Murder In the 33rd Degree by Father Charles Murr.

Our Lord will save his bride but boy he’s taking his time, much in the way Biden stealing the election allows the American people to see the evil of the Demonrats. It’s all painful but necessary for our salvation prayer and fasting along with penance.