My comments first: I am conflicted here. On one hand, I believe in forgiveness and reintegration back into one’s normal life independent of addictions be it alcohol, drugs, sex or gambling. When it comes to clergy, public scandal that leads to public censure, that leads to treatment and rehabilitation is one thing. Reintegrating a priest or religious back into the public life of the Church and her leadership is another question.

While there is a witness to forgiveness and rehabilitation, what does reintegration into Church leadership say about corruption in one’s personal and professional life and its acceptability. Forgiveness always involves penance. Penance could be returning the cleric to the lay state or putting him in a monastery, if he cooperates, to do penance there and not be in a leadership position.

The sex abuse scandal is two pronged. The clerics who committed the abuse, but bishops who sent these clerics to cushy rehabilitation mental hospitals in order to return them to ministry to unsuspecting parishioners who knew nothing about the corruption and psychosis of these clerics. They often abused again and many are in jail now, so serious the corruption which was not only immoral but illegal.

It seems that the parish receiving this priest knows what he did. Thus there isn’t the secrecy that characterized the sex abuse era prior to 2002.

But what sins and crimes should lead to lacization or non assignment? Where is the line, just children and vulnerable adults? I ask because I wonder and I am conflicted about all of this: 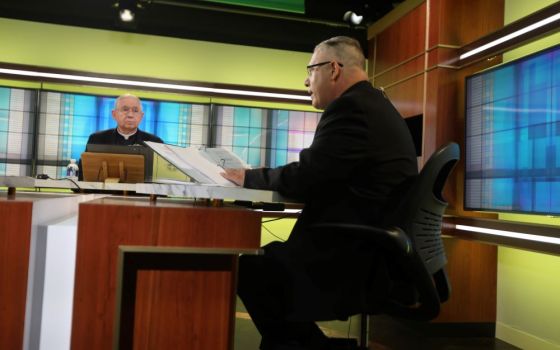 Msgr. Jeffrey Burrill has returned to parish ministry in the Diocese of La Crosse, Wisconsin. He resigned July 20, 2021, as U.S. Conference of Catholic Bishops general secretary after allegations of improper behavior.

And this commentary/opinion piece:

Burrill, who resigned in July 2021 as General Secretary of the USCCB, clearly wanted a hidden life, and now he should have one. Instead, he has been restored to public ministry.

I think we have fundamental misunderstanding of forgiveness.

This is the same bishop who sidelined Father Altman. This is why I'm more convinced than ever that when good priests abandon their brother priests in some misguided devotion to being obedient to their bishop, they are on a slippery slope. When Father Altman made his statements about voting for scum and being Catholic are mutually exclusive , he was 100% correct and he should have been supported by all good priests. What we see here is that the bishop in LaCrosse is a dishonest shepherd and if we had Christ's justice in this world, Father Altman would now be bishop in that diocese. Grindr boy needs to make a public confession and be sent off to a monastery for the remainder of his priesthood to do penance. And don't let him within 100 yards of any male under the age of 70.

Not the best idea. It will turn off many of the Faithful and his ministry will always be under a cloud. Perhaps there is a role for him in some capacity but not in a parish setting. He deserves our prayers.

The reinstatement of this priest to public ministry is a scandal and a great source of sorrow to me personally and to all Catholics of good will. I know of cases of priests who broke their vows of celibacy with willing female partners of legal age but who were permanently barred from public ministry. They either reside in a diocesan facility for elderly and retired priests or they live on their own.

It is outrageous that the Bishop has allowed this priest to return. To me it means either the congregation to which he is being sent is "gay friendly" and open dissenters and/or this disgraced priest has the "goods" on a number of people and threatened to go public should he not be permitted to return to active ministry.
It appears that this priest has no sense of shame and perhaps doesn't even believe in the judgement of God.
If he were a humble man he would recognize the great damage his double life has done and willingly remove himself from public ministry for the rest of his life choosing instead to do penance and withdrawing permanently from any type of public life. The pride and arrogance of such "men" is without bounds.

Finally, how can this bishop simultaneously sanction Fr. Altman and restore this "Msgr. Grinder" except for the possibility that the bishop is sympathetic to the homosexual life style?

And that is why the Church is bleeding millions of Catholics. The laity is voting with their feet. I think this priest could do something, but not in a parish or school setting, provided he can prove that he is now committed to his vow of celibacy. This bishop is playing with fire.

What is the evidence that he has been "cured" of his addiction? As James Martin, SJ would tell us, he cannot be cured of his desire to have sex with other men. He has already vowed celibacy once...so another promise from him is meaningless. People will vote with their feet (and hopefully their wallets).

What is the evidence that he has been "cured" of his addiction? As James Martin, SJ would tell us, he cannot be cured of his desire to have sex with other men. He has already vowed celibacy once...so another promise from him is meaningless. People will vote with their feet (and hopefully their wallets).

He should have asked to be incardinated in the Chicago Archdiocese - he’d fit right in!