SHOULD WE EXPECT MORE INTELLECTUAL INTEGRITY FROM THE PREFECT FOR THE DICASTERY FOR DIVINE WORSHIP? 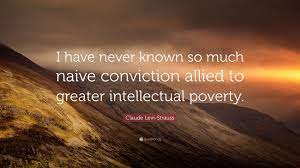 When priests actively abused minors, one of the things they told their victims was that what was taking place wasn’t wrong, that somehow the Holy Spirit was involved in it. Does anyone know how to spell “blasphemy” of the Holy Spirit?

What the good-cardinal-designate said yesterday about Vatican II and the liturgy is a pure lie but told to manipulate people to buy a tunnel under the Atlantic from Vatican II to God.  Why do we have to put up with this stuff?

I have to agree with Father Z on this. What a dreadful state of affairs we are in at the Vatican:

Thus, the Cardinal-Elect indicates that the desire of Vatican II to give us the 1970 Roman Missal to replace all previous Missals was infallibly decided by the Fathers of Vatican II. Creeping infallibility anyone? Creeping dogmaticism as to how one interprets the Council.

And, let’s name it what I have named it over and over and over again: IDOLATRY, where Vatican II is divinized and worship as though it is the Holy Spirit.

If your arguments in support of this, that and the other aren’t being accepted by a significant number of people, then manipulate them by saying it is God’s decision! That opens so many of us up to abuse, doesn’t it?

Let’s take the traditionalists off the list of those who don’t like the revised Mass. They love the 1962 Roman Missal and are very faithful to the obligation to attend Mass each and every Sunday and Holy Day of Obligation.

But what about the nearly 90% of Catholics, and in some places even higher, who don’t attend Mass at all. They don’t like the new Mass either and have elected to reject it with their feet. They don’t like being Catholic. Why not focus on them?

The Roche is a company man. He was for the TLM when Benedict was Pope and now he’s against the TLM because Pope “Merciful” is pope and he does not like it. For his loyalty he received his 30 pieces of silver, i.e., a cardinal’s hat. The OF is a flop. As Father Fox says: no one likes it because people keep trying to change it. The hierarchy are “bitter clingers” to borrow a phrase from the secular world. So the Holy Spirit inspired the destruction of the Roman Rite. Utter balderdash

Off topic but I thought you would like to see how the Bishop of Worchester MA dealt with an alleged Catholic School. Of course the secular press thinks he is a big meany!

Said Pope insisted that the Liturgical Movement, as well as liturgical reforms, were the work of the Holy Ghost.

"The liturgical movement is thus shown forth as a sign of the providential dispositions of God for the present time, of the movement of the Holy Ghost in the Church, to draw men more
closely to the mysteries of the faith and the riches of grace which flow from the active
participation of the faithful in the liturgical life."

He noted that in regard to liturgical reforms issued via his "new decree on holy Week, dated November 16, 1955, which has helped the faithful to a better understanding and closer participation in the love, suffering and triumph of our Lord."

"We have recalled the role which the Magisterium, the depository of the truth of Christ, carries out through the liturgy; the influence of the authority of government on it is also evident, since it belongs to the Popes to examine current forms of worship, to introduce new ones and to regulate the arranging of worship..."

The above referenced his 1947 A.D. Encyclical, Mediator Dei.

The Holy Ghost is found within liturgical reforms, according to Pope Venerable Pius XII.

Obviously the "progressives" were listening to a different Holy Spirit, because this is what Pius XII said about Latin in Mediator Dei:

"The last major document issued by Rome regarding the sacred liturgy prior to the Second Vatican Council was the encyclical Mediator Dei by Pope Pius XII. Regarding the use of Latin within the Mass, Venerable Pius XII wrote:

“The use of the Latin language, customary in a considerable portion of the Church, is a manifest and beautiful sign of unity, as well as an effective antidote for any corruption of doctrinal truth.” (MD 60)

While the Holy Father recognized that “the use of the mother tongue in connection with several of the rites” may be of advantage to the faithful, nowhere did he advocate for the removal of Latin from the Holy Mass."

I guess PF and Roche missed this.

Cardinal-designate Roche is on firm ground in regard to the following:

-- Pope Saint Paul VI insisted that the Holy Ghost inspired Vatican II's teachings in regard to the liturgical reform/renewal.

Cardinal-designate Roche has linked the Holy Ghost to the Liturgical Movement/liturgical reforms. That is in line with Papal teaching.

I am patiently awaiting your response.

"The typical OF Mass does not resemble in any substantive way what the Council Fathers desired nor what the documents say."

Amen to that! A study of Sacrosanctum Concilium shows that there was no call for a new mass, nor for a change to the vernacular. What did appear, and is clearly the loophole through which we were all dragged licking and screaming, was the allowance for some "adaptation" in mission lands where there were no cultural references for the concept of a creator.

And if memory serves, America ceased to be formally a mission land over one hundred years ago.

Should have been ...kicking and screaming...

Sorry for not checking more closely.