THIS POST SEEMS TO SUPPORT MUCH OF WHAT I WROTE ON THE POST BELOW IT BUT I READ THESE COMMENTARIES WELL AFTER I WROTE MY POST EARLY IN THE MORNING. 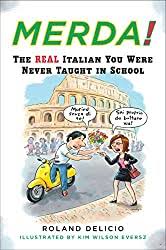 Being Italian born in Italy to a fully Italian mother and scads of Italian relatives in Italy, I know that there is a saying in Italy about certain Italians. One saying involves the “vulgar” Italian who has no social skills, is poorly educated and spews forth what he thinks and in a vulgar, earthy way.

One of my mother’s war bride friends in Augusta was from Trieste. I loved that woman as a child and she loved me. She and her American army husband never had children. But she was a vulgar Italian, made us laugh and we were shocked at her mannerisms and way of communicating. She was thoroughly Italian and what you saw is what you got.

Pope Francis is a vulgar Italian.

Here are two commentaries below which are examples that capture this. When I hear Pope Francis speak vulgar Italian, he makes me laugh because he is thoroughly Italian with many of his tongue-in-cheek comments or language. But there is a true ugliness hidden under the humor and a point being made that is often insulting but accomplished in a humorous way.

But it isn’t always funny.

Here are two article from Rorate Caeli this morning worth reading.

I happen to agree with Damian Thompson that the liberal cardinals from the periphery that the Holy Father has chosen may like this pope’s liberalism but they don’t like his divisiveness and ugliness and the polarization he had brought to the Church greater than what it was in the 1970’s.

Sicily is almost a nation in itself, and Sacred Art and liturgical beauty have always flourished in that island, in times of Christian freedom. Much of the liturgical beauty of vestments has been preserved in Sicily and elsewhere in Italy since the invention of the 1969 New Mass, and it is still used.

The Cruel Pope: The End

Damian Thompson has a very interesting piece on Unheard on the cruelty of the Francis pontificate, a cruelty that is a reflection of the man himself. Even many of his liberal supporters are hoping for a new pope, as liberal as him but that is at least a kind man.

This horror was foreseen by a few on the day of his election, and is summarized by Thompson thus:

You have to be an obsequious lackey not to notice PF’s nastiness.

I can’t think of a single Pope in my lifetime, starting with Pius XII, who could be this petty. I am embarrassed for him

I mourn that loneliness. I have no way of knowing but surely in low Italian culture there are people who can ‘give as good as they take’. Italian literature is full of witty people skilled at double entendres and other modes of addressing the fool if not the man. It is a high art in Appalachia after nearly three centuries, surely there is some one who can match his tongue as easily as his wit.