ARE YOU A CHASTE PERSON BUT LIVING THAT LIFE IN THE CLOSET? MAKE TODAY YOUR COMING OUT OF THE CLOSET DAY! 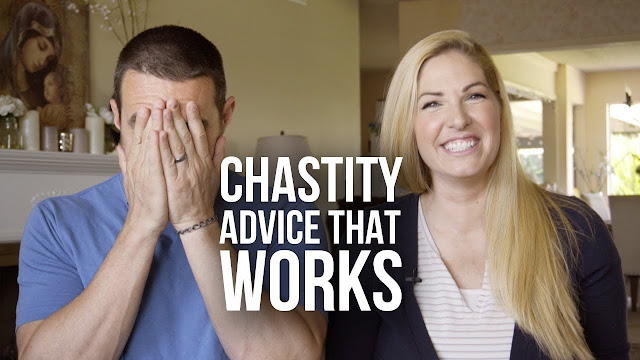 Fox and Friends this morning just had a segment on LBGTQ+++ person. (Yes, Fox and Friends, you read that correctly!) The segment was about a man who works in the country music industry and said he knew he was gay his entire life but having been brought up as a conservative Christian in South Carolina and then as an adult converting to Mormonism, in his desire to show he was a heterosexual (when he wasn’t) he married a woman and had two children with her.

But then he decided to come out to his wife, whom he said was very supportive, and then went public and was amazed at the acceptance of so many in the entertainment world and otherwise. Of course he divorced his wife and is planning now to marry his boyfriend. He says that he and his wife are still friends and he and his boyfriend even vacation with her and his children.

The Church has lost its narrative in the public forum as it concerns human sexuality. Maybe it is now time for Holy Mother Church to flex her muscles and make herself a part of the sexual narrative as it concerns God’s call to everyone to be chaste depending on their state in life. And that God’s law trumps social mores and developments.

Perhaps the Catholic Church needs to have a meaningful witness to chastity and those who are chaste but live in the closet and pretend not to be chaste. How damaging is that to their psyche?

The Catholic Church has certainly capitulated to the secularism of sexuality and that anything and everything goes. But chastity, in their minds, is a no, no and should remain in the closet. But how fair is that and isn’t it hypocritical?

Maybe the LGBTQ+ community should add another letter to their + size name, that of C for Chaste. What do you think?

(I googled “chastity” for the photo above and now I want to pull my eyes out! Do it if you dare! Lord, have mercy!)

There is an emerging sun-sub culture calling themselves “asexual.” I reckon I support that particular subset, as chaste living is what it’s all about. Sexual orientation is a lot like Baptists — everyone of them is subjective and different. Conduct is what counts.

Father McDonald said..."The Church has lost its narrative in the public forum as it concerns human sexuality. The Catholic Church has certainly capitulated to the secularism of sexuality and that anything and everything goes."

But our Popes have announced said teachings to the Faithful...to the world.

Today, we have been blessed by Pope Francis' loud, powerful declarations in regard to the Church's teachings on human sexuality.

The only reason that convoluted story is in the news is because of how hard that guy had to work at being stupid.