PROGRESSIVE CARDINAL KASPER TORPEDOS THE SYNODAL WAY OF GERMANY, A SIGN OF HOPE IN A CHURCH GOING CRAZY? 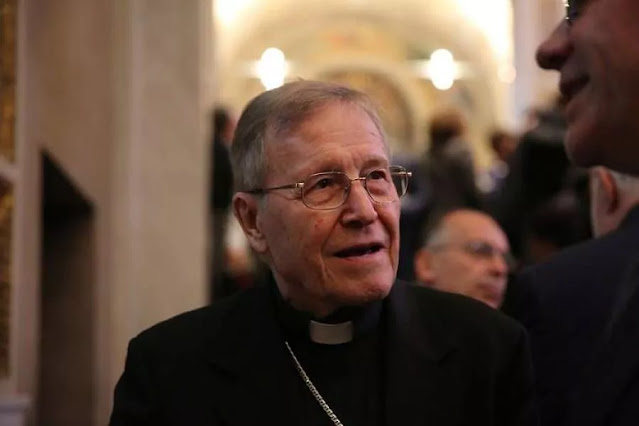 If Cardinal Kasper is concerned, and make no mistake, his comments are strong and what is implied is that the pope needs to be as strong with his words as well about what is happening in Germany:

Cardinal Walter Kasper also said organizers were using a “lazy trick” that in effect constituted a “coup d’etat” that could result in a collective resignation, reported CNA Deutsch, CNA’s German-language news partner.
The Church can never be governed synodally, Cardinal Kasper stressed: “Synods cannot be made institutionally permanent.” Instead, he said, a synod constituted “an extraordinary interruption” to ordinary proceedings.
The Jesuit Magazine, America, places even stronger language on the Cardinal’s lips:
Posted by Fr. Allan J. McDonald at Thursday, June 23, 2022