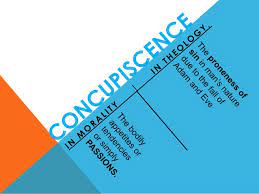 This is from the Deacon’s Bench. I’m not sure how to deal with this although I have always taught, especially in Macon where a homosexual teacher in Macon’s private school was fired for his same sex “marriage”, that when it comes to Mass and the Sacrament of Penance, there is no one at the doors of the Church checking people’s sexual identity.

Mature Catholics know when they sin sexually and God gives them a conscience to pursue repentance and holiness.

Apart from using the term “fidelity” to all that the Church teaches in the areas of faith and morals, I have seldom preached on homosexuality or most sexual sins. I do that in a class setting where people can ask questions.

But this is what we all know. The question is how to make Catholics, young, old and in between know that we are to despise sin but love the sinner?

Read the whole thing from the Deacon’s Bench here.

The biggest disconnect involves LGBT rights. About 71% of youths said they care about gay rights, but feel that 44% of religious communities care about the same issue, according to the survey of 10,274 people across the country representing various faiths.

…Many young people consider themselves spiritual—the Springtide study found that 78% described themselves as such, even if they don’t identify with an organized religion….

…Jesse Brodka, a 22-year-old special education teacher in Buffalo, N.Y., says he is frustrated by many social teachings of the Catholic Church but remains a part of it. “It’s something I wrestle with,” says Mr. Brodka, who attended Catholic schools and leads the local music ministry at the Jesuit College he attended.

“I hear what priests and pastors say at the pulpit and say to myself, ‘No, that is not what I believe in my heart,’ ” he says, referring to messages that people who are gay need to be “guided” away from homosexuality.

He says he is reluctant to wear a cross, even though he feels a strong connection to Jesus, because he is afraid people will think he is judging them. “The fact that the Christian faith has become a symbol of judgment speaks to that gap between religious organizations and the non-judgment that we value as young people,” he says.

Non judgment?????????? Young people don't like this? Do they not serve on juries either? Do they think they are excused from traffic fines, law enforcement and being brought before a judge and jury?

It would be nice to live in a non judging world and when we face the four last things, death (and here's a dirty word to them, JUDGMENT)heaven and hell, it would be nice if judgment and hell were erased as we don't like being judged or condemned to a traffic fine, prison cell, or meeting our just Judge at the hour of death, who makes no mistakes about His judgement and could well send us to hell after His judgement.

Let's not get into judging anyone, right?

We used to say “judge the sin, but not the sinner .” Still pretty good advice

Anyone interested should listen to this talk given by Fr. Chad Ripperger, a well-known exorcist and popular speaker:

In the early part of the talk, he discusses 5 specific demons or evil spirits and names them (I won't)--demons who he and other exorcists have come to refer to as the "Five Generals". He mentions them as being the five top demons directly below Satan in the demonic authority structure and what their jobs are in corrupting the world.

The first demon has the job of promoting impurity. According to Fr. Ripperger, this demon promotes the idea of sex being separated from its intended end of procreation, so that people begin to think about it in terms of pleasure and/or recreation. Thus he accomplishes his job in corrupting cultures. His principal goal is promoting fornication--which the Father notes while letting us know that in the last 50 years unmarried cohabitation has increased in our country by over 900 percent! The free love movement of the 60's helped drive his agenda.

The next demon who then moves in to influence the culture is the demon of homosexuality in men. Once a culture stops believing in what marriage is for, sex, divorced from its purpose, becomes all about pleasure and this allows homosexuality to grow. It is also a result of contraception.

The third demon then gets to work, which is a demon that drives people to seek "empowerment" and drives the masculine type of homosexuality we see in women--the "butch" types. (Note that BLM was started by 3 Lesbians, one of whom openly admits her occult activities--who embrace Marxism, feeding the demon's appetite for chaos)

The fourth demon who then spreads its influence is a demon of a more "feminine" type of homosexuality.

By permitting homosexual "marriage" our Supreme Court has delivered our country into the hands of these three demons. But it gets worse:

The fifth demon is a demon of child sacrifice. This demon normally goes to work after the other four are well-established in a culture. However, in America, OUR OWN SUPREME COURT DELIVERED US OVER TO THAT DEMON IN 1973 BY LEGALIZING ABORTION.

So our "leaders" have delivered our nation's legal system and culture into the hands of the 5 worst, filthiest demons in Hell. And once they are entrenched, they are nearly impossible to eliminate, barring an extraordinary divine intervention.

Judgment? We'd darn well BETTER START JUDGING and repenting. We are living in the culture of God's judgment now. He is allowing us to live with the consequences of our entrenched rebellion against His natural order.

As far as the kind of people who enable this...their lives and their works speak for themselves.

Yet we have a priest who posts here supporting the Party of Intrinsic Evil. What are your thoughts about him?

The priesthood is under attack like never before. You don't need me or anyone else to pontificate about the horrible examples, bad teachings and other horrors some priests have managed to present to the Church. We need to remember the one reality that the vast majority of priests have long since stopped warning us about: Our life as Baptized Catholics is one of SPIRITUAL WARFARE. The #1 target of this conflict are priests.

There have always been priests who scandalize the faithful, but after Vatican II, they seemed to come out of the woodwork. The "surprising" revelations of 2002, for some of us, were little surprise at all, because the obvious growth of effeminate, homosexual priests was happening right under our noses and we didn't dare speak up about it. Who would we complain TO? Why should they listen to us anyway? So in an age when we need the priesthood and a GOOD priesthood to teach us, to hear our confessions, to give us solid advice, instead we have a priesthood that has been discredited in the press. Low-information citizens, including Catholics began to publicly display their contempt for priests in places like airports and restaurants, operating on the presumption that they must all be perverted sex fiends and child abusers. Even though only about 2-3% of priests had any credible accusations brought against them, the broad brush of blame tainted the reputations of them all, with plenty of help from a demonic media that hungers for scandal, outrage and sensationalism, consequences be damned.

More priests exit. More priests are jailed. And ALL suffer. And if that is not enough, we have a Catholic populace that is more poorly catechized than any in history throwing out inane proposals such as, "I think we should let them marry" or "Why do we need a priesthood, anyway?" or "This is why we need women's ordination!" and other brain-dead suggestions. And it's not just priests heading for the exit door--so too go the faithful. And since I mentioned a priest who is an exorcist, we need to be aware that many times, the entire point of demons manifesting themselves in a possessed person is because they WANT a priest to attempt exorcism--because any experienced exorcist will tell you that the demons try to use the exorcism as a chance to try to take the priest and possess him--one of many reasons why only ordained men with special training can and should get faculties from their bishops to do this dangerous work.

That parish priest you see every week is carrying a terrible burden that you and I can barely begin to imagine. He listens to sins and absolves them. He officiates at funerals on a weekly basis, often the funerals of people who have been killed or funerals of children and babies. He is despised by the general public. He has an obligation to his parish that he must answer to God for, yet if he says or does something that one of his low-information parishioners doesn't like, his bishop will hear about it and he risks being cancelled. Can you imagine giving your entire life to the Church and, out of the blue, your faculties are taken away as well as your income?

My thoughts about the priest you mention are the same as my thoughts about the rest of the priests--the good, the bad and all shades of in-between: He needs our prayers. If you disagree with your priest and you can't communicate with him in a satisfactory way, put him in God's hands. God may not always do things the way WE want Him to, but He IS in charge. And when He moves, you'll know it.