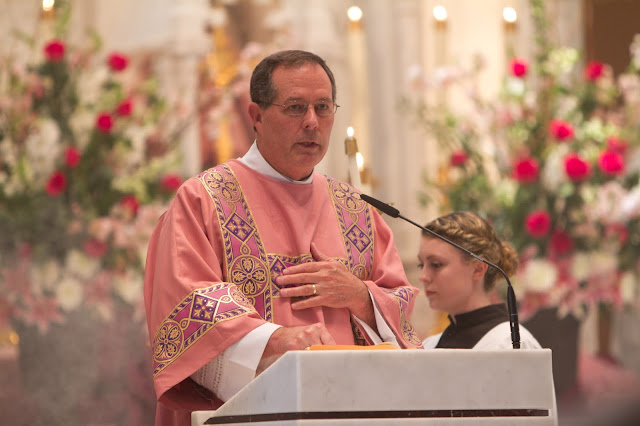 I was taught that with most things in Catholicism, it isn’t either/or but both/and. Can’t a permanent deacon serve the altar and also the ministries assigned to him and work a secular job and be a husband, father and political figure? One of our p. Deacons is a Judge.


Pope warns against deacons who are ‘wannabe’ priests

Deacon Kendra updates his post with what Pope St. John Paul II said about clericalzing the laity. Please note that there is no need here to scratch your head and squint your eyes 👀:

And he’s hardly the first pope to complain about “clericalizing the laity.” John Paul dealt with the topic, as well, discussing the issue of the priesthood in 2002:

Wary of a clericalization of the laity and a laicization of the clergy, John Paul II insisted that the relation between priests and faithful is one of complementarity, not equality.
The Holy Father clarified the Church´s position on this matter when he met with the bishops of the Antilles at the end of their quinquennial “ad limina” visit to the Holy See.
In his farewell address to the bishops, the Pope reminded them that “first and foremost, you are priests.”
“[You are] not corporate executives, business managers, finance officers or bureaucrats, but priests,” he said.
“This means above all that you have been set apart to offer sacrifice, since this is the essence of priesthood, and the core of the Christian priesthood is the offering of the sacrifice of Christ,” the Holy Father added.
The Holy Father reminded the bishops that the Second Vatican Council resulted in “the awakening of the lay faithful in the Church,” but that this does not signal an alteration in the laity´s irreplaceable role.
Specifically, the Pope said, some “persons, we know, affirm that the decrease in the number of priests is the work of the Holy Spirit, and that God himself will lead the Church, making it so that the government of the lay faithful will take the place of the government of priests.”
“Such a statement certainly does not take account of what the Council Fathers said when they sought to promote a greater involvement of the lay faithful in the Church,” the Pontiff stressed.
“In their teachings, the Council Fathers simply underscored the deep complementarity between priests and the laity that the symphonic nature of the Church implies,” the Pope explained.
“A poor understanding of this complementarity has sometimes led to a crisis of identity and confidence among priests, and also to forms of commitment by the laity that are too clerical or too politicized,” the Holy Father continued.
John Paul II warned that the involvement “by the laity becomes a form of clericalism when the sacramental or liturgical roles that belong to the priest are assumed by the lay faithful, or when the latter set out to accomplish tasks of pastoral governing that properly belong to the priest.”
“It is the priest who, as an ordained minister and in the name of Christ, presides over the Christian community on liturgical and pastoral levels,” the Pope pointed out. “The laity can assist him in this in many ways.”
However, “the premier place of the exercise of the lay vocation is in the world of economic, social, political and cultural realities. It is in this world that lay people are called to live their baptismal vocation,” the Holy Father stressed.

I am to the point that i don't pay much attention to what that heretic says anymore, he is worse than the Borgia's for the church. All he knows is criticize and demean... unless of course your pachamama

....and there was me thinking that deacons are clerics and their principal vocation is the service the word and altar......

I must keep up with this modern church

This is 'bob and weave' tactic... say something that kind of sound a little critical of permanent deacons, and then give us women deacons and witchdoctor priests...

Wait till the final synod document comes out and is fully approved.

Father, where was the picture that captions this article taken?

Thank goodness he left off ‘scientific’. The ecologists would be a mess without his guidance. Unless that falls under ‘politics’, I can never tell.