MAYBE THE AUTHOR OF THIS DIATRIBE AGAINST THE EF MASS MIGHT LEARN ONE DAY TO IMITATE POPE FRANCIS AND HIS POLICY OF "WHO AM I TO JUDGE?"

I'm sure the author is perfectly fine with pachamama being incorporated liturgically, though, because we must never judge or critique indigenous culture. 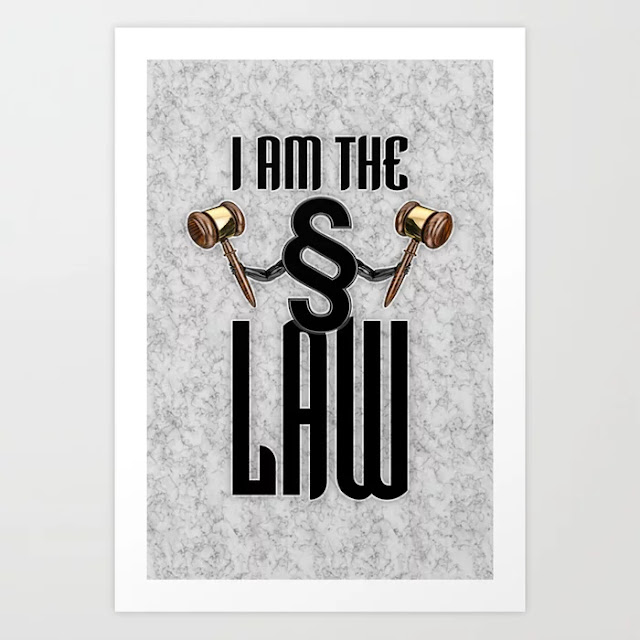 The Latin Mass becomes a cult of toxic tradition

by Zita Ballinger Fletcher
One culture within the Catholic Church needing major reform is that surrounding the practice of the Latin Mass.

In a previous era, the Latin Mass was merely a uniform and standard way of celebrating the liturgy in the United States. In the wake of much needed reforms instituted by the Second Vatican Council, the Latin Mass has become a rallying point for change-resistant sects within the church. The ultra-conservatism practiced by these Latin Mass groups is radical and narrow-minded. They utilize the Latin Mass structure to wield control over believers — particularly women, who are reduced to a state of discriminatory subjugation in Latin rites. The stubbornly resistant, anti-modern practices of these Latin Mass adherents border on cultism.

The Latin Mass fosters clericalist structures in the church. The liturgy — spoken in an ancient language no longer in modern vernacular usage — places all power in the hands of the priest. The priest keeps his back turned to the people for most of the ceremony. Aside from making occasional responses, the congregation plays no active part in worship. All people inside the church are expected to kneel on cue at various points. The priest is at the center of the spectacle. He is separated from the people he is supposed to serve by an altar rail — a barrier that gives him privileges. To receive the Eucharist, people must kneel at his feet.

Instead of a unifying form of worship, the Latin Mass has become an instrument of oppression and a gathering point for Catholic fundamentalists.

Meanwhile, the Latin tradition oppresses women. Women are expected — indeed, in some cases commanded — to wear skirts instead of trousers, cover themselves with long clothing and wear veils over their heads. No such rules exist for the men. It is discrimination, and therefore the Latin Mass actively endorses sexism. Instead of a unifying form of worship, the Latin Mass has become an instrument of oppression and a gathering point for Catholic fundamentalists.

If you can take it, read the rest of it at the National Chismatic Reporter and consider the source and pray for them.
Posted by Fr. Allan J. McDonald at Tuesday, November 05, 2019

If you're not keen to read the whole article, it can be summed up by stating that the author dislikes that women who assist at the traditional mass wear veils and dresses.

I bet the women at my parish would be surprised to learn they're being oppressed by doing what Christian women have always done and by having husbands who work hard to support them and their children. Terrible, terrible oppression to be able to live one's vocation as a mother, free from the artificial materialistic constraints that modernity places on women.

We traditionalist husbands and fathers really should be ashamed of ourselves...

I didn't think I could stomach the whole article, so I clicked for her bio instead. Oh, she's German. That explains a lot. I'm sure she's eagerly awaiting the demise of the last few orthodox German cardinals, not to mention Pope Benedict. Then Cardinal Marx can be unopposed as he finishes off the German Catholic Church in a manner that not even Martin Luther could have dreamed.

A few months ago one of the ladies of our sewing group was (forgive the idiom) "manning" the bookstore in the parish church on a day when architectural tours were being conducted in our church.

My sewing group friend was informed by what I suppose was a "liberated" woman visitor that she was being oppressed, abused, and relegated to unworthy subservient positions that denied her the power and authority she deserved, by the male patriarchal structure (big red flag here, no pun intended) that ran the church (Church).

I think my friend told the visitor she was in no way oppressed, was not forced or coerced to be there and certainly could exercise her choice not to attend this church if she were unhappy.

When she related the story to the rest of us, one of the other ladies quipped, "Funny, but I have never met or spent time with a happier or more content group of ladies, as these in this sewing group, in my life."

And we all agreed. We find great peace, joy, and contentment doing what we are doing. We LIKE to sew. We LIKE to make beautiful things to be used at the altar. We find ourselves humbled and honored to be able to make or repair things that are used in the service of Our Lord at the Eucharist. None of us seems to be plagued by ambition or envy of those who have other roles.

I really mind that no one asks the ladies who attend the TLM, or who volunteer in service to the parish, what they think.

Isn't it kind of oppressive and bossy of someone from outside the experience to tell us what to think, or how to dress? Isn't that the same domineering attitude they claim we put up with from men?

The authoress of this diatribe is good for a laugh, but I wouldn't waste prayers on her or her ilk.

In calling traditions 'toxic,' it seems to me that the author HAS learned from Francis.

Typical 1960's--70's victimspeak from what sounds like an embittered, unhappy woman. Her experiences with people associated with the Latin Mass sound extreme and caricatured. They are not typical of what I've encountered in people who attend the Latin Mass (and I've been to quite a few in several U.S. states and years ago in the U.K.). You're right, Father, she needs our prayers . .

"much needed reforms" which had the effect of chasing many away and the "new and improved" Mass is not exactly packing them in!

Every once in a while, a person will show up to our SSPX parish clearly unaware that it's a traditional community. They're easy to spot with their casual dress, women in pants, men in shorts, no veil, etc. Usually, they make it to the beginning of the Gloria before excusing themselves and leaving. I've only seen one couple make it all the way through.

The sad part about this is not that these people are being ostracized by the parishioners. No. It is that they have been fed a false faith that has nothing to do with actual Catholicism. So when they show up at an actual Catholic mass, they don't fit in.

Because, through no fault of their own, they belong to a completely different religion.

You are right. This happened at a TLM Mass on All Souls day. The individual was a male, conservatively dressed with a shoulder bag. He lasted just past the Kyrie.

From the article: "I feel it necessary to point out — lest readers be confused by his illogicality — that the Byzantine and Coptic rites originate in the traditions of distinct Catholic churches in foreign countries. The Latin Mass, by contrast, is merely an extinct model of tradition practiced in the United States and other countries, and was never a separate church nor imported from a foreign country."

After all these years, we learn that the Latin Mass is indigenous to the United States.

How people in their right minds could allow something like that to grace the pages of a news outlet they control is beyond comprehension.

Are you sure the headline wasn't penned by someone in the Chancery in Savannah?

You realize that modern "liberalism" is a mental disorder. How else can you explain how they love murdering babies in the womb, selling their body parts, yet, get all misty eyed over hardened killers?

Hat-wearing by both men and women was usual in the 1950s but more or less died out in the 1960s. At traditional Masses in England younger women often assume mantillas, but many women do not cover their heads and no-one thinks the worse of them for it.

Some years ago at Brompton Oratory I witnessed a parishioner leave his place to tap a boy on the shoulder and ask him to remove his baseball cap. The boy was with his parents, who had either not noticed or couldn't be bothered to tell him themselves.

"WOMEN IN PANTS" This is an issue for "traditional" Catholics?

Actually, one doesn't. The purpose is crystal clear.

"Women in pants" is actually a relatively major bone of contention amongst traditionalists (in America, at least). As far as I can tell, this exists as an issue, at least partly, due to the influence of Bp. Richard Williamson, formerly of the SSPX. I gather that, during his long tenure as the rector of the Society's North American seminary, he instilled in the seminarians the necessity of women not wearing pants. Of course, the Church has a longstanding moral tradition that women are to dress like women. See, e.g., Pope Pius XI, "The Marylike Standards for Modesty in Dress" (1930) ("Slacks or 'jeans' are not to be worn to church").

In my experience, it is extremely unusual to see a woman wearing pants at a traditional mass in America, and I have been to mass in several states (11) with all the major traditional groups.

Pius XI was born in 1857 and like most of his generation would have found women's fashions in the 1920s shocking. A woman in trousers suggested she was a lesbian.

Actually, trousers are a more modest attire for women than short skirts, which is why Moslem women favour them.

In England, 'pants' are underwear, and if a woman chooses not to wear knickers that's her business. Perhaps Williamson, an odd cove, found it a turn-on.

While trousers could be more modest attire for a woman than short skirts, a short skirt is, at least, women's attire, whereas trousers are not.

A woman wishing to dress modestly and like a woman would wear neither short skirts nor trousers, though, so the comparison is somewhat meaningless.