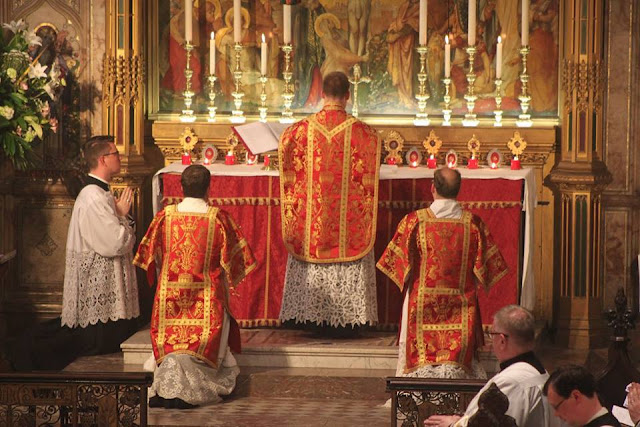 Press the title for all the letters, many are quite good! I print an excellent one.

Your thoughts on traditional Latin Mass

I feel compelled to write in response to an article I read this morning through your website. I have heard through many people that NCR is fair and thoughtful in the way that it discusses topics surrounding the faith and events in the world, but this article completely altered that well-earned view.
As a lifelong Catholic, I found the Latin Mass as a single woman at the age of 28 (four years ago) and it had a profound effect on my faith, deepening and strengthening it. I found in all of the communities that celebrate Mass in the extraordinary form the reverence and devotion to living the faith that I had found so lacking in my mainstream Catholic churches. I chose to veil out of love for our lord in the eucharist after years of prayerfully considering it and was not forced by a "chauvinistic" man to do so as this article so vehemently implies.
I honestly thought this article was a parody with how intensely angry and condemning it was toward a group of Catholics that take their faith seriously and from whom enormous amounts of vocations are flowing.
SARAH FITZPATRICK
Portland, Oregon
Posted by Fr. Allan J. McDonald at Saturday, November 16, 2019

Seems like the NCR should stop their paper version. Might be bad for the environment, and worse, CAUSE people to sin if they don't carefully recycle the paper.

I like the photograph, but it clearly shows a Novus Ordo Mass, albeit in its most solemn manifestation.