BECAUSE OF ADAM AND EVE, WE LIVE IN A DISORDERED WORLD WITH EVERY HUMAN BEING WHO IS DISORDERED IN ONE WAY OR ANOTHER, COME MORE SERIOUSLY SO, AND WE NEED TO TAKE PRECAUTIONS AND WE NEED A SAVIOR! OH, WE CATHOLICS HAVE ONE AND ONLY ONE, JESUS CHRIST! 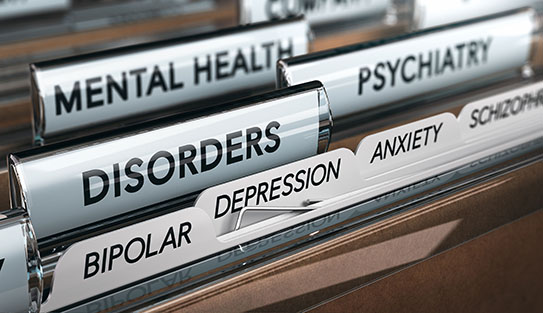 Because of Original sin, which leads to actual sin, we live in a disordered world where every aspec of human life and the human person can be disordered, depraved, perverted, and unnatural.

In this world we need laws, both in and outside the Church to protect individuals and communities. It doesn't help that Pope Francis' 1970's religious ideologies leads him to call those who support canon law and stronger sanctions against those who break these, "doctors of the law," a derogatory statement against rules and regulations and laws of the pre-Vatican II Church and her adherents where following rigid rules and being rigid about morality was a hallmark of pre-Vatican II clerical, religioius and lay life. It (name calling) is in and of itself an abuse, spiritual abuse, when directed towards religious people and Pope Francis has made name calling a humorous art, but there isn't anything really funny about it.

I have three long articles below, but the first one by Cardinal Schonborn is the most interesting. But it is one sided and maybe the Austrian experience is different than the American one where an outside firm discovered that the peak of the sexual abuse crisis in the USA was 1974, post Vatican II whereas Schonborn says in Austria it was prior to Vatican II.

Yes, clergy formed prior to Vatican II in this country which respected law and order both in society and the church, were the ones guilty of sexual abuse in 1974. But what had happened with the sexual and cultural revolution of the 1960's in this country, respect for communal laws and rules and a rule of life both in secular and religious institutions collapsed giving clergy who needed these laws to keep them in check free reign with their sexual disorders.

And yes, part of the problem today from the Vatican to local dioceses is the refusal to name immaturity as it concerns homosexuality and Catholic priests as one of the culprits in the Catholics Church were more minor males are abused than females. The opposite is true in relgious traditions with married clergy, where females are in the majority of those abused. In other words, you can't take anything off the table when trying to find solutions to this scandal and curse and ways to protect the young and vulnerable.

The Jesuits have had some very significant scandals in high places in this regard, a very progressive order. So we need to point this out to Cardinal Schonborn too!

Cdl Schonborn: "In Austria, 60 per cent of the clerical sexual abuse cases had been committed between 1940 and 1969."
I find that peculiar because it does not correspond much to elsewhere in the Catholic world. What evidence does he present for this and what does it mean, 60% of all known cases? "Known" is problematic here going that far back: Does it mean merely accused or actually proven? Moreover what about 1962-1969, could this time period represent 59% of all "known" cases? After all the Germanics were very steeped in Modernism prior to and during the Council with and acute dislike for pre-Vatican II times. Many still remain so like perhaps the Cdl himself and some involved with the PT blog. Just thinking out loud...

Schonborn is using 1940 as a way to cover for the disaster that was Vatican II. I seriously doubt there was a lot of this going on during WW II. Sexual abuse likely heightened as the sexual revolution reached fever pitch in the 1960s - "if it feels good, do it!"

I know you are desperate to defend the failed post Vatican II church, I was just picking up on Victor's comment. Schonborn used 1940 to mislead. He could have easily used 1920 or 1930. Although sex abuse has always existed in the Church, from 1940-1965 it would have been much more difficult to do, given full rectories and full religious orders where there were a lot of watching eyes as well as structures designed to keep priests busy. Post Vatican II when rectories and religious orders began to empty out and there were less watching eyes and less structure, it makes sense that there was a lot more sexual abuse, particularly because of the 1960s mantra, "if it feels good, do it!"