MORE ON THE CONDEMNING PRIEST?

UPDATED WITH CRUX'S TAKE ON IT

USA Today has the following headline and you can read the story by pressing the title:


A Catholic priest condemned a teen's suicide at his own funeral. Now, his mom is suing 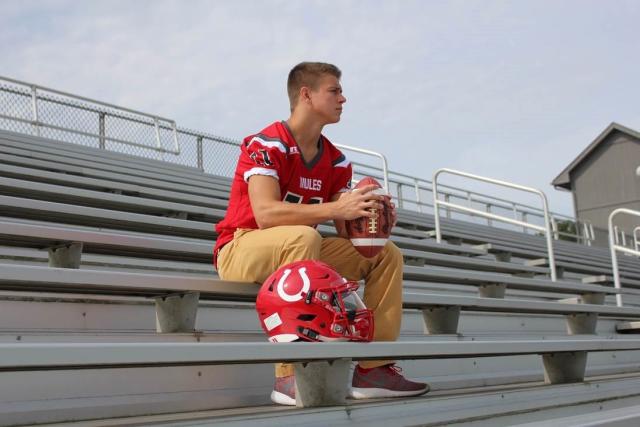 A Michigan mother is suing the Archdiocese of Detroit alleging that the priest who spoke at her son’s funeral questioned whether her son would go to heaven after dying by suicide, adding to the family’s suffering.

My question is to those who read his homily, which I haven't. I suspect that any priest in his right mind and any Catholic in their right mind would condemn suicide. Was it prudent to do it at a funeral Mass? I think it depends on how one frames it.

Wouldn't it be more scandalous if the headline read:

"Priest supports a teen's suicide at his own funeral Mass?"

At any rate, isn't the title a bit misleading and does the priest have a lawsuit against The USA Today paper?

UPDATE: This is how Crux reported about this at the time:

My embedded comments in RED.

“We wanted him to celebrate how Maison lived, not how he died,” said his mother, Linda Hullibarger.

The priest began by saying there was “hope in eternity even for those who take their own lives.”

He went on to say that “taking your own life is against God who made us and against everyone who loves us. Our lives are not our own. They are not ours to do with as we please. God gave us life, and we are to be good stewards of that gift for as long as God permits.” (This would be best not said at a funeral for a suicide victim unless the parents wanted to prevent anyone who knew their son from imitating what he did. It would be better at a generic homily on suicide at a Sunday Mass.)

The priest also said the “finality of suicide makes this all the worse. You cannot make things right again,” adding that the pain for the family now is that so much is unresolved when they would like to “turn the clock back and say, ‘Please don’t give up. We can work through this pain together.’”

He said the family now will have to work through this pain by themselves or “with those close to you now who will need to lean on you even as you lean on them.”

He ended by repeating what he said earlier in the homily: “Nothing - not even suicide - can separate us from the unconditional love of God.” But by that point Maison’s father, Jeff Hullibarger, frustrated with the repeated message of suicide, had already gone to the pulpit asking the priest to stop.

Jeff and Linda Hullibarger said they spoke to the media about what happened so that something similar wouldn’t happen to other families. They also have asked the archdiocese to remove LaCuesta as their parish pastor.
Posted by Fr. Allan J. McDonald at Wednesday, November 20, 2019

Anyone can sue anyone for anything in America. There's no minimal bar for meritoriousness at the initial stage of a lawsuit.

Quiz: How many anti-Catholic statements can someone find in that article?

"I suspect that any priest in his right mind and any Catholic in their right mind would condemn suicide."

I would not "condemn" suicide since, in many circumstances, one might be understood to condemn the person who commits suicide. Yes, suicide is always wrong. But given what we know about suicide, and given the Church's lifting of the ban on celebrating a funeral mass for a suicide victim, "condemning" it is probably the wrong way to go.

"Was it prudent to do it at a funeral Mass?"

No, it was am imprudent and, in my estimation, very callous choice that Fr. LaCuesta made.

"I suspect that any priest in his right mind and any Catholic in their right mind would condemn suicide."

I have a hard time imaging any priest condemning anything, except for the border wall and being unwelcoming to gays.

Probably any trial lawyer would take up such a case. You see so many of them on the Atlanta airwaves, you about want to turn off the television. "If you have been in a wreck, you're going to need a big check. One call, that's all!" (Ken Nugent). Then there is "Morgan and Morgan: for the people." (Who is "against the people?"). and Montlick and Associates, and "John Foy, the strong arm." One time I saw a number for some personal injury lawyer that read 1-800-GOT_HURT. Greed, anyone?

I read the homily a while back when it was first in the news. I can’t tell if the priest felt this was something the family needed to hear or if he is just insensitive or both. He should get Fr Rutler to ghost-write for him.

In my own insensitive way I have to observe that we are asking the priest to speak in hopes that he will tell us the Truth. Perhaps someone could have suggested a more private gathering for this particular message with no homily at all for the requiem Mass. A child might have blurted out similar thoughts and hurt feelings might give way to honest introspection. They family is lashing out at the wrong person, as if it was a botched performance of ‘Wind Beneath My Wings’. The poor kid had problems and was not equipped to deal with them. We see these things happen and don’t want to look for what we might have done.

Of course, there's no mention of the writer speaking to the priest and getting his side of the story....

I agree with Bee, we've interestingly only heard one side of the story...

A recipe for disaster quite frankly.

Perhaps given this,, for the funeral, i should pre-write what I want said during the Homily :p

Off the topic---watching some of the Democratic "love fest" last night here in Atlanta (not many differences between the liberal and ultra liberal candidates), and toward the end, Rachel Mardow mentioned the victory last Saturday of Democratic Governor John Bel Edwards in Louisiana and noted he was pro=life. She asked Elizabeth Warren whether there was any room for pro-lifers in the Democratic party. Warren dodged the question the first time, mentioning that a woman she be able to consult her rabbi or priest when deciding but government should stay out. Maddow sought clarification but Warren refused to say there was such room. Ah, diversity in the Democratic party. Hopefully no one reading this blog plans to back a Democratic presidential candidate next November, even with the personal flaws of the incumbent.