HMM, AM I THE ONLY ONE WHO SEES THE CONNECTION BETWEEN THESE TWO MORTAL SINS? 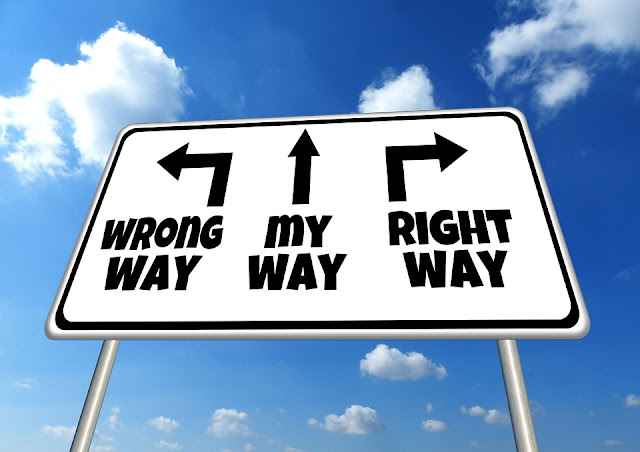 Survey: Most Catholics in U.S. say living together before marriage is acceptable

From my own admittedly limited and anecdotal experience, everyone I ever knew who lived together, whether they eventually got married or not, regretted it.

I was most surprised when my own brother confided his regret for having lived with his wife before marriage.

Maybe it's because all of the people who expressed regret were baptized and raised Catholic, even though they for the most part fell away as young adults. I can't say if other categories of people also feel that way.

You guys are really bad Catholics. Don't you remember this from His Humbleness:


“I’ve seen a lot of fidelity in these cohabitations, and I am sure that this is a real marriage, they have the grace of a real marriage because of their fidelity...."

People will put a huge amount of effort into something they lust for but not always as much into what they need. So rationalizing sex outside of marriage is an attractive task.

I *think* I understand what our Pope is trying do for these people and I think he believes he is modeling Christ. But Christ did not fear rejection for telling the truth. He kept company with sinners but I don’t get the impression he soft-peddled anything. Ask the woman by the well.

Yes, TJM, if we had only not had Vatican 2, all would be well...abortion would be illegal, no one would be talking about same-sex "marriage", there would be no adultery or cohabitation...there would not have been a Vietnam War...

One product of Vatican 2 is Catholic-Jewish dialogue, which would have been mostly non-existent before then. We had such a dialogue at Temple Sinai in Sandy Springs (Atlanta) last night, wondering sharing of views with Jews, Protestants and even some Catholics. Atlanta's apostolic administrator concluded the remarks.

And I have no objection to a Latin Mass if folks want it or and OF Mass ad orientum, with some modifications (like the epistle read from the lectern or pulpit and the Gospel read from the pulpit or with a procession "Anglican-style" in the middle of the sanctuary.

Well if Vatican II had not occurred, the Kennedy's may never have become pro-abortion since the Church would have remained stronger for longer notwithstanding the evil 1960s. There would have not been the political power to advance the cause of murdering babies. The Vietnam War was underway when Vatican II was taking place. You really need to up your game.

I would rather the hierarchy and clergy focus on rebuilding the shambles that they wrought, but that would take time and effort, and won't get your pictures on the news pages for being a "virtue signaller." A houses divided against itself cannot stand.

"Yes, TJM, if we had only not had Vatican 2, all would be well...abortion would be illegal, no one would be talking about same-sex "marriage", there would be no adultery or cohabitation...there would not have been a Vietnam War..."

One cannot help but notice the sardonic tone of this opening volley, but does its author really understand what he is suggesting.

The fact is, as TJM observes, the Church very likely WOULD have remained stronger for longer--perhaps it could have been the one force to stand up to the moral meltdown the world, especially America, experienced in the 1960's. Excluding the Vietnam War, for reasons already given, public sympathy for baby-killing very probably would not have escalated to the point where weak supreme court justices (including the "Catholic" William Brennan) could have formed a majority to legislate abortion-on-demand from the bench. The "compassionate tolerance" that has led us to accept every sexual perversion under the sun as "normal" would not have been encouraged either. Living in Sin would still be recognized for what it is...LIVING IN SIN.

In other words, the moral leadership of the Church was compromised after Vatican II. The Geritol Clerics who still insist on singing the praises of their failed revolution will never admit it (pride is a formidable weakness) but Vatican II was an unmitigated disaster. Its preliminary outlines for discussion were hijacked by radical Cardinals from Northern Europe, the Council produced vaguely written documents, lacking precision so they could be misinterpreted (and they have been) and the entire enterprise was sold to the mouth-breathing Catholic populace like a box of soap. Vatican II renewed the Catholic Church about as well as Bonnie and Clyde renewed the banking system. If any corporation had a restructuring program that had caused as much dissension, loss of prestige, and overall collapse as Vatican II has caused Holy Mother Church, its CEO, Board Members and several levels of managing executives would have been fired. Yet we still have wide-eyed laity (especially loyal readers of The National Catholic Reporter and U.S. Catholic) and jittery geriatric priests and bishops insisting that this "new evangelization" --you know, the program that has resulted in the logarithmic drops in Mass attendance, parish and school closings, priests leaving the priesthood and nuns leaving their orders--this "new evangelization" needs to keep doing its "great work".

It's been 50 years. You know B.S. by its smell. The smell has been so bad, that many of us walked away. Unfortunately, I'm still tolerating the stench of Vatican II clinging to the words of Jesus that the gates of hell will not prevail against His Church. But it still stinks. Anonymous's sarcastic hyperbole misses the mark by a longshot.

Bravo for summing it up nicely. I no longer tolerate these miserable failures and their prattle. They need to leave the stage and allow the young to rescue the Church from PF and his ilk. Ironically young Catholics want to recover what these braying jackasses worked assiduously to destroy.

"The fact is, as TJM observes, the Church very likely WOULD have remained stronger for longer..."

Why would the Church have remained stronger?

Anonymous rather than trolling, why not give your evidence that culturally things would be similar had V2 not occurred?

The Church on the eve of the Council, publicly at least, spoke with one voice. None of my teachers differed in the presentation of the Faith. The faithful were not being confronted daily with confusing theological and liturgical divisions. When those divisions became manifest after Vatican Disaster II, many lost confidence in the Church and their Faith. And what many of us saw, was that far from influencing the world for the better, the Church was being influenced by the world for the worst.

OK--maybe I was too verbose. The Church has only been weakened because She surrendered her moral authority and chose to take a weaker position--the Pontificate of Paul VI is the blueprint for such a path.

If the Church had not had Vatican II, it would not have, in the name of "updating", surrendered itself to the world's vision of what the Church should be.

Before Vatican II, the Church spoke with a unified, respected voice that drew criticism, but also respect and admiration and seldom had public dissent of the vile nature that we have grown so used to.

"Anonymous rather than trolling, why not give your evidence that culturally things would be similar had V2 not occurred?"

That would be an exercise in speculation, a wild goose chase, with no way to determine facts. Silly suggestion.

The idea that the Church spoke with one voice before Vatican II is historically inaccurate.

The Judaizers of Apostolic times, Marcionism, Arianism in the early centuries, Iconoclasm in the 700's, Waldensians in the early second millennium, we have had divisions from Day One.

The longing for the "Halcyon Days" of the Church when all was right, when no one dissented, when not one jot or tittle of "novel" theology was uttered - are futile exercises in pipe dreaming.