WHEN THE POPE INSERTS ECOLOGICAL SINS INTO THE CATECHISM, WHAT WILL THESE SINS BE? 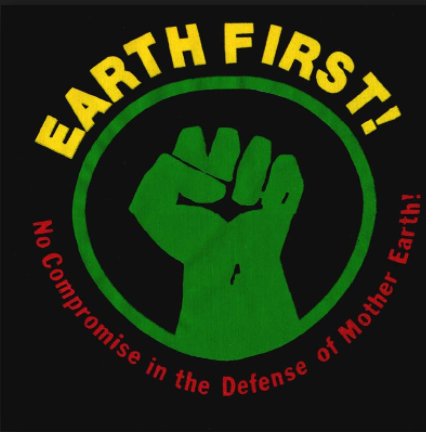 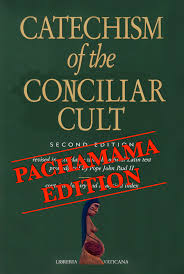 I was taught in pre-Vatican II times that it was a sin to waste food, harm the environment for no purpose other than harming it, like chopping down a young tree just for the fun of doing it or tearing off a budding branch in the spring for no reason whatsoever. It was under the category of vandalism.

Thus I hate cooking shows that make cooking into a contest where there is a great deal of waste for the viewer's entertainment. I hate when brides and groom smash the cake into the face of their spouse at the wedding reception. I hate when someone doesn't eat all the food on their plate and throws it away. I hate when leftovers are not creatively used at another meal.

He said to me there was no such thing as social sin or sinful structures as sin as the Church teaches is always personal to the person committing it. It isn't collective.

He said anything collective pertaining to social issues and structures has to be classified as "evil" not as sinful. The evil must be addressed by the Church collectively to call for change so that society or the Church herself changes course to prevent social evil and evil structures.

If I can vote for a candidate who supports the evil structures of government and its executive, legislative and judicial branches which support and encourage abortion because that candidate also supports the good things that the Church upholds like avoiding ecological evils, why can't I also support a candidate who is against the evil structures that support abortion but could care less about legislation eleiminating the evil of ecological disasters?

Just what would be ecological sins in the collective sense? Shouldn't it be more accurately described as evil structures and the evil of destroying the universe?
Posted by Fr. Allan J. McDonald at Saturday, November 16, 2019

So do we condemn the Almighty for volcanoes, floods, and fire? This is absurd and the height of ignorance and paganism.

I wonder how many trees died because Jesus and his father Joseph were CARPENTERS? The horror!

This article you may find interesting. In Bolivia at least, Pachamama is tied to socialism (hence PF's fondness for Pachamama) and is not considered a benign figure.

PF is truly a disgrace. His words and actions are making the Papacy all about him, notwithstanding his feigned "humbleness." He is clericalism on mega steroids.

I just saw pictures from the meals given out to the homeless and attended by His Humbleness. It looks like there are PLASTIC bottles in use! LOTS of them.

Can we NOW expect Cardinals to act?

Fr. McDonald states:"If I can vote for a candidate who supports the evil structures of government and its executive, legislative and judicial branches which support and encourage abortion because that candidate also supports the good things that the Church upholds like avoiding ecological evils, why can't I also support a candidate who is against the evil structures that support abortion but could care less about legislation eleiminating the evil of ecological disasters?"
A Roman Catholic cannot in good conscience (which means a conscience properly formed vis-a-vis Biblical and constant Church teaching not just how one feels or thinks) vote for a candidate who supports abortion regardless of whatever other putative good he/she may espouse, because abortion is an intrinsic (by its very nature) evil. Conversely, a Roman Catholic can in good conscience vote for a candidate who is against all abortion (or if there is no such candidate then for the one who supports policies etc. which result in the fewest pre-born babies killed) regardless of whether he/she supports any of the other social goods on an ever growing list favored by this Pope, certain Cardinals, Archbishops, Bishops, Priests, influential laymen (women) etc. There can be no moral equivalency between anything on that list of other social goods and the killing (of personally innocent) pre- born and in some cases even post-born babies.
Archbishop Humberto Medeiros-Boston was one of the first to use the phrase "Consistent Life Ethic" in a speech in 1971 in opposition to abortion. It was subsequently sometimes called "seamless garment" in the early 80's by Cardinal Bernadin of Chicago. This phrase was expanded to mean almost anything on the list of Catholic social teaching goods since they all had to do with life. Worse than that though, the ideology began to mean for some, including in the hierarchy, that all these things were equivalent with none taking primacy, a notion which is patently absurd. Unfortunately it also gives "cover" to pro-abortion Catholic politicians and those Catholics who vote for them. This is why we have the despicable spectacle of politicians like Nancy Pelosi, former vice President Joe Biden, and Gov. Cuomo- to name just a few- shamelessly and loudly proclaiming that they are both Catholic (Pelosi and Biden even claim to be in good standing!) and unapologetically for abortion at all stages of development! Abortion is still the preeminent life issue regardless of what some in the Church hierarchy and others may say. Catechism of the Catholic Church (No. 2271).
The issues that come closest to abortion are assisted suicide/euthanasia and medical treatment (medication and surgery) for gender dysphoria!

"Why can't I also support a candidate who is against the evil structures that support abortion but could care less about legislation eliminating the evil of ecological disasters?" A politician (or a voter) that is against abortion isn't by default against all environmental concerns. That is the great manipulation of the far left. It is true that some that identify as environmentalists promote environmental legislation that is either so vague or flawed that it gets little support from those outside their group. By their extremism, they make others seem intolerant. That has been a very effective strategy. To think that everyone that opposes abortion is ignorant or against every valid environmental concerns is absurd. That is political manipulation.