ARE CATHOLICS OF A PARTICULAR KIND OVERREACTING TO THE WORSHIP OF PACHAMAMA BY SOME AT THE VATICAN? 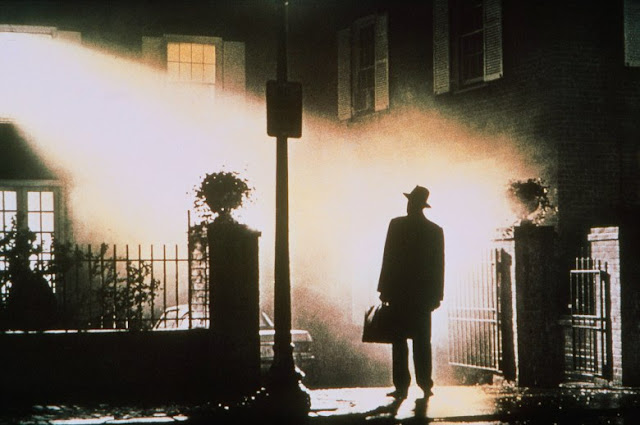 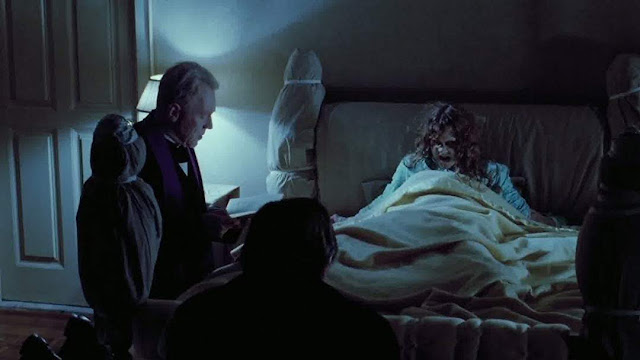 
Exorcists call for day of reparation after Pachamama rituals

WASHINGTON, D.C., November 13, 2019 (LifeSiteNews) – In a joint statement, four exorcists called on Catholics to join a day of reparation to drive out “any diabolic influence within the Church” that occurred as a result of the Pachamama ritual that Pope Francis attended at the Vatican at the onset of the Amazon Synod.
According to the National Catholic Register, where the statement first appeared, the exorcists requested anonymity. They said that Catholics are in the midst of “spiritual warfare” that is “happening with the Church itself” as evidenced by the events witnessed during the Amazon Synod.
Read the rest there.
And this:
In the statement that was released today, the 100 international signatories called upon the Pope to “repent publicly and unambiguously of these objectively grave sins” and asked bishops around the world to “offer fraternal correction to Pope Francis for these scandals.”
READ: 100 priests, lay scholars call Pope Francis to repent for Pachamama idolatry at Amazon Synod

At one time Catholics could be confident that the pope was giving them the Catholic faith. Now confidence has to be based not on reason, but a papolatry that involves 'recognize yet resist' (resist what? Uncatholic teaching from Peter?) Or just acceptance no matter how great the difference between Christ's words and now.

Good luck with that.

No father, that is not the problem. The problem is that another group of Catholics of another particular kind are underreacting to this outrage. Let's call them the Postconciliar Pabulum-Pukers. Their "formation" (actually a lack of formation) and brainwashing has left them insensitive to sacrilege, liturgical abuses and any violation of the Church's basic catechism. The only thing they ARE sensitive about is global poverty and American "imperialism".

We cultivated a weakened Church for 5 decades. The fruit of that cultivation now hangs at the very top of the Church.

"have left them." How embarrassing!

Amen Cletus Ordo!! The ambivalent and blind are leading the blind and I do not see any indication that mainstream Catholics and Clergy care. Look at the nonsense coming out of the USCCB this week. Cupich is a Papal lap dog, Vigneron is a disgrace. The drum beat goes on.

Cletus, I agree. Problem is, I think Bergoglio is the embodiment of VII. And I don't think it's even Catholic anymore. Bergoglio has made me face this. Why in the world would one ever consider anyone, or any entity that undermines and/or diminishes the Kingship of Christ, or Our Lady, in anyway TRUELY Catholic. There is something incredibly BAD going on. Take a look again at the VII documents - some sound okay, but others diminish the need for Christ and His redemptive act.

Would Peter do this? Is this really what Catholics are supposed to believe?

Color me sedevacantist these days.

I wouldn't got sedevacantist, the chair IS filled. However, as I stated, the fruit of cultivating a flavorless, weak Church HANGS AT THE TOP.

For what it's worth, the late Fr. Malachi Martin was privy to the 3rd Secret of Fatima (not the fake one for popular consumption). One night, when he was a guest on the Art Bell show, he was asked what the secret was. He replied that he had taken an oath and could not share it. However, he also said that if someone were to guess what it was, he would not deny it. Several callers called in with various guesses and they were all wrong--according to Fr. Martin. However, one caller finally said, "Are we going to have a pope under the control of Satan?" Fr. Martin replied, "It sounds as if you've read the secret!" or something along those lines.

Now I know Fr. Martin has a somewhat marginalized reputation. I am not trying to sell his reputability one way or the other, so let's please not let this devolve into a forum of whether or not Fr. Martin was credible or a good or bad priest. The point is, if you investigate CAtholic Prophecy, there is an abundance of information pointing to a future age (perhaps our own?) with the Church in utter dissaray. Look no further than the devastating (and approved) messages of Akita, Japan, which our previous pope openly said is essentially the same as the secrets of Fatima.

The Church is in trouble. The good news is that God is in charge and He will not let this go on indefinitely.

Maybe, maybe not. We need to establish the facts first--something almost impossible to do nowadays in a polarized and tribal culture marked by “instant outrage” and, dare I say, “instant demonisation” (an interesting term in the current context, no?). I am sick of it, aren’t you?

Well, I will not play that nefarious game, whether it is in politics, religion, or anything else. And nor should any Catholic.

Did anyone actually read the very balanced and judicious article posted by Anonymous on the earlier thread? Here it is again:

Wanting to establish the facts first is not being “insensitive.” I would suggest that not waiting to do so is what is “insensitive,” as well as not “sensible.”

I see we are back to calling the Holy Father “Bergoglio

VIolations of the 1st commandment seem a big deal....There's much to say but off to Akathist, will wite tomorrow

The Vatican and the Pope and all the bishops involved in that atrocity called the Amazon Synod will respond exactly the way they always respond to correction by the brethren: silence. Massive, stone cold silence.

In contrast, note the very rapid effusive public apology made by the POPE to anyone offended by the throwing of the idols off the bridge into the river. No such sensitivity for those offended by the presence of graven images in holy places. No way.

The clerics spit in the face of their own brethren, while fawning over those who are not even believers in Christ.

I am one of those people that sees this as a proof of the Divine Nature of our Church. I am perplexed, at least, by the Pope and disturbed by many of the Bishops, American, German, European, Honduran, et al, that seem bent on undermining the Church through subterfuge. I am primarily concerned that the Pope is actively “packing the court” to elect a more radical bishop with even weaker character. The Church will survive, but we cannot be patient while souls are lost.

If they truly were graven images, I understand and share the reaction. As yet, I am not convinced they were. There is conflicting evidence. We must first establish the facts with a sufficient degree of certainty.


If you already have evidence that meets this standard, please share it. Also, please explain why the points made in the article I forwarded from Anonymous are incorrect.

A2... so right. We have to establish evidence before we get flustered because many people in the Amazon DO consider Pachamama a goddess. We don't know if the particular individuals that brought the Pachamama into the Vatican felt that way.

Gosh it would be like us getting upset if the Satanic Temple placed a statue of Baphomet on the Vatican grounds. They have plainly stated that their position is that there is no such thing as a REAL Satan figure. Baphomet statues are just a symbol.

And you know what A2, surely you are correct that nobody should be upset at what appears to be reverence and bowing and blessing of just a symbol...

After all, I am sure you are enlightened enough not to get upset if the pachamama symbols had been replaced by another symbol... oh maybe a flag perhaps? American flag?

It's just a symbol after all. We could make symbols stand for anything we want and now to them.. not idolatry at all...

Please stop blowing smoke. The only question that needs answering at this point is: Did you read the article (and the linked update at the beginning of it)? If you didn’t, you have nothing to say. If you did, I would very much like to hear what you have to say about it.

I took the trouble to read Pedro Gabriel's article on the 'hermeneutic of suspicion' and he makes an able defence of the controversial ceremony in the Vatican gardens and the identification of the twin 'pachamama' statues with Our Lady and St Elizabeth (which seemed a bit far-fetched to me).

However, an advocate is neither required nor expected to be 'very balanced and judicious', and Gabriel is no exception. Nor does he convincingly demolish the prosecution's case. One can say that the jury is out, and juries do not have the luxury of sitting on the fence. The blog 'Where Peter Is' was founded to defend Pope Francis from his critics, which is fair enough, although this involves attacking his critics; the article by another contributor on Gerhard Müller was both inaccurate and grossly unfair.

To identify a 'hermeneutic of suspicion' uniting Francis's critics leaves a lot of questions unanswered. What are the grounds for such suspicion, which has by no means peaked? The Pope can be shown to have provided many of these, and the utterances of his confidants (Fernandez, Spadaro, Rosica et al.), which he has never contradicted, have exacerbated them.

Thank you for reading the article, John. I am not surprised that you, unlike many who post here who are not as fair as yourself, would actually take the trouble to do so. I will have to go back and re-read the base article and the update piece, but my recollection is that the author acknowledges that we need to be guided by the evidence and that new evidence may well surface that could be either favorable or unfavorable to his defense of Pope Francis. So, for me, the trial is still being conducted before the jury.

Thank you again. It is truly refreshing to be able to have a civilized and reasoned conversation, even if we end up disagreeing about the particular topic being discussed!

Thank you for the undeserved accolade. I think the significance of the 'ceremony' in the Vatican garden has been given undue prominence in certain quarters. The Pope did not preside over anything; he simply witnessed a folkloric ritual, which (like maypole dancing and morris men) may have pre-Christian fertility undertones, but is essentially 'faux'. The native woman who devised this display and wrote the script produced what appears to have been an eclectic mix of manufactured folk customs, Christian symbolism and 21st century ecological concerns. It's about as traditional as Nazi 'Teutonic' rituals or so-called 'folk' Masses.

Unfortunately it diverts attention away from the genuine concerns raised by many concerning the recent Synod. These people are not deranged conspiracy theorists motivated by a hatred of Pope Francis. Their misgivings are based on what they see, hear and read; in other words on evidence. By all means disagree with or even reject their arguments. But things are far from being played out and the course of events will determine whether or not their concerns are justified.

Interestingly, Francis's admirers and his critics both believe he has an agenda to change the Church in radical, if not revolutionary ways (although admirers prefer the term 'paradigm shift').

I object to them. Pope Francis, it seems, does not. I reconcile those two statements thusly:

There is no need for me at this point, move onto harsh accusations.