SPEAKING OF LAST BREATHS, OF THE TWO, WHICH WILL RISE IN GLORY? 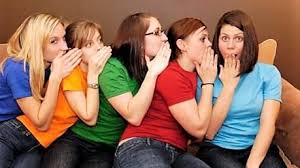 Francis' biggest reform is to shift church from Eurocentric to universal


The National Chismatic Reporter (NCR) has a fascinating gossipy article, a kind of “insiders” tell all.

Too bad the tell all artist and the sister who writes what he says with her own gossipy take, don’t heed Pope Francis’ demand that everyone  stop chatting too much or being way too gossipy.

An unabashed Pope Francis fan, Mickens is a well-positioned insider and shrewd interpreter of Vatican politics. He suggested Francis' decision to live at Casa Santa Marta was one of the most important reforms of his papacy. It allowed him to avoid being controlled by churchmen who wished to preserve Pope Benedict XVI's legacy, which, for Mickens, constituted "the last breath, the last gasp of upholding this unseen regime, Eurocentric Catholicism."

Read all about the juicy gossip there.
Posted by Fr. Allan J. McDonald at Friday, November 15, 2019