SO MANY CONTRADICTIONS AND INCOHERENCE: HOW TO INTERPRET THAT WHICH REALLY CAN’T BE…. 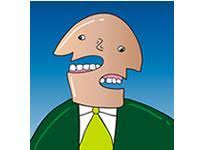 A pope that confuses. He says we must move forward, but trust me, he has brought us back to the 1970’s erasing everything that has developed since that time under two great popes, one a saint and one still living! That’s a contradiction, no?

He uses a figure of speech often used in the late 60’s and 70’s to denigrate those Catholics who did not want to give up much of what the spirit of Vatican II was destroying.

Of course, stereotyping and caricaturing traditional Catholics in this way is abusive. Yes, some may be this way, but is Pope Emeritus Benedict? Is Cardinal Mueller? Are other great theologians, bishops, priests, religious and laity like this? No! No! And No! And thus the Holy Father makes angry and turns off a significant number of Catholics who otherwise would support His Holiness. It’s not their fault, but His Holiness’ fault, let’s be clear on this!

And speaking out both sides of His Holiness’ mouth also alienates many left wing loons, but not all left wingers are loons of course, but even here solid left-wingers scratch their head and wonder, “what the hell is the Holy Father saying?”

Yesterday you also spoke of the fraternity of the Church, a community that knows how to listen and enter into dialogue, that promotes a good quality of relationships. But a few days ago, the Holy See released a statement on Germany's Synodal Way, an un-signed text. Do you think this way of communication contributes, or is an obstacle, to dialogue?

First of all, that statement was issued by the Secretariat of State... it was a mistake not to say that... I think it said [it was] a statement of the Secretariat of State but I'm not sure. It was a mistake not to sign it as Secretariat of State, but an administrative error, not of ill will. And regarding the Synodal Way, I wrote a letter. I did it on my own: a month of prayer, reflection, consultation. And I said everything I had to say about the Synodal Way. I will not say more than that, that letter I wrote two years ago is the Papal Magisterium on the Synodal Way. I  went over the Curia, since I didn't carry out consultations [in the Curia], nothing. I did it as my own journey, as a pastor [on behalf of] a Church that is seeking the way, as a brother, as a father, and as a believer. And that is my message. I know that it's not easy, but everything is in that letter. Thank you.

Here is the unsigned communication for you to read.

Here is the 2019 letter to German Catholics (a synopsis) for you to read.

What does it all mean? It is a head scratcher. The next pope will make clear what this pope is doing or His Holiness, the new pope, will have to rehabilitate the current living emeritus pope and continue to move forward with that vision for the Church.

But let’s be clear, there are two visions and one of them is leading to a major schism similar to what is happening in the Anglican Communion and its long running synodal way.

Read about that here:

"At the time of this tribulation a man, not canonically elected, will be raised to the Pontificate, who, by his cunning, will endeavour to draw many into error and death."

"Well, I’ve been told that, on April 5 — only three days after Karol Wojtyla’s death! — a group of cardinals had gathered secretly to prevent the election of Joseph Ratzinger, the right hand of the Polish Pope for decades."

“The Sankt-Gallen group is a sort of posh name. But in reality we said of ourselves, and of that group : ‘The Mafia’.”

"The election of Bergoglio was prepared in Sankt-Gallen, without doubt. And the main lines of the program the Pope is carrying out are those that Danneels and Co were starting to discuss more than ten years ago.”
-Karim Schelkins, Daneels' biographer

79. Confirming the prescriptions of my Predecessors, I likewise forbid anyone, even if he is a Cardinal, during the Pope's lifetime and without having consulted him, to make plans concerning the election of his successor, or to promise votes, or to make decisions in this regard in private gatherings.

81. The Cardinal electors shall further abstain from any form of pact, agreement, promise or other commitment of any kind which could oblige them to give or deny their vote to a person or persons. If this were in fact done, even under oath, I decree that such a commitment shall be null and void and that no one shall be bound to observe it; and I hereby impose the penalty of excommunication latae sententiae upon those who violate this prohibition. It is not my intention however to forbid, during the period in which the See is vacant, the exchange of views concerning the election.

82. I likewise forbid the Cardinals before the election to enter into any stipulations, committing themselves of common accord to a certain course of action should one of them be elevated to the Pontificate. These promises too, should any in fact be made, even under oath, I also declare null and void.

83. With the same insistence shown by my Predecessors, I earnestly exhort the Cardinal electors not to allow themselves to be guided, in choosing the Pope, by friendship or aversion, or to be influenced by favour or personal relationships towards anyone, or to be constrained by the interference of persons in authority or by pressure groups, by the suggestions of the mass media, or by force, fear or the pursuit of popularity.

“One day Padre Pio said to me very sorrowfully: ‘You know, Gabriele? It is Satan who has been introduced into the bosom of the Church and within a very short time will come to rule a false Church.’”
-Father Gabriel Amorth

"What does it all mean? It is a head scratcher."

DISSENT, CONFUSION, HERESY AND STRIFE are NOT fruits of the Holy Spirit.

You're smart. Draw your own conclusions.

After my first post, I think I should clarify something. Unless I am wrong (and I frequently am) the pope is pope when a majority of the world's bishops acknowledge him as pope. From THAT standpoint, I have no choice but to recognize Francis as pope. However, there is a huge body of evidence that I've barely scraped that indicates rules--serious rules--were broken in his election.

It will be up to a future pontiff and future gatherings of Cardinals to determine whether or not Francis is an antipope. That is certainly not within my competency.

However, like Joe Biden's presidency, Francis' pontificate will always have a huge question mark hanging over it.

I'm not a sedevacantist, but Francis does not help himself much.