WHY CAN'T WE EMBRACE A FULLER EXPRESSION OF LITURGICAL DIVERSITY? ARE WE RIGID DOCTORS OF THE LAW OR A FLEXIBLE SLINKY?

I know it isn't polite to correct the Holy Father, but there is quite a bit of liturgical diversity in the Catholic Church which His Holiness is the visible head. Ecclesial unity is not based upon a single rite and a single rite, as we can see below, can be quite diverse so as not to appear to be even the rite that is being celebrated.

That all these rites are permitted within the context of ecclesiology and ecclesial unity under the papacy makes one scratch one's head as to why the pre-Vatican II rite of the Church cannot be included in this diversity of unity.

Allow Extraordinary Ministers of Holy Communion by way of deacons and officially installed acolytes and as it concerns acolytes allow females. What's the problem with this?

Thus the Roman Missal of 1962 remains as is except for the manner of the Liturgy of the Word and who distributes Holy Communion.

Oh, and yes, allow for some vernacular, only for the changing parts of the Mass. What's the problem with that? 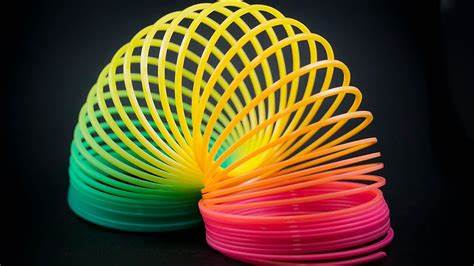 Here is a very diverse Congolese Rite Mass with Pope Francis for the 14th Sunday in Ordinary Time at Saint Peter's:
Posted by Fr. Allan J. McDonald at Sunday, July 03, 2022

Could it be that they are next? Truth be told the problem the trads I know have with the NO is with its watered doen content. The average person heard a lot of Catholic teaching in the Old Form and in the Mass and accompanying explanations. Now they hear only a tiny amount so they drift away and are surprised and even shocked by what is in the Catechism and true Church teachings.

This Congolese Liturgy is a far, far cry from what goes on at St. Sabina's in Chicago.

I can't help but notice that the pope and his cronies continually talk about how "The Spirit" is taking the Church in a new direction. At least they have the decency not to insult us by saying "The Holy Spirit".

What scares the heck out of me is that it's becoming increasingly obvious which spirit they ARE listening to.

Yet my 32 year old pastor carries on re-enchanting the OF (using the Roman Canon in Latin at the Sunday OF High Mass) and saying the EF once a week. PF and his Roche are truly delusional