THIS CONTINUES TO BE A REAL HEAD SCRATCHER! THE VATICAN INSISTS THAT AN EASTERN RITE IN INDIA CELEBRATE MASS AD ORIENTEM AND NOT FACING THE PEOPLE AND AN ARCHBISHOP RESIGNS OVER THIS AS HE AND HIS PRIESTS WANT THIS MASS FACING THE PEOPLE! HOW DO YOU SPELL TWILIGHT ZONE? 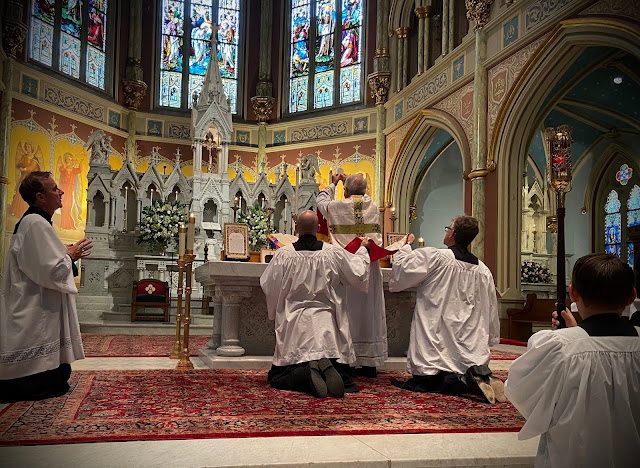 I reprint this from the Pillar. Tell me this isn’t a head scratcher! Ad orientem is just as much our tradition in the Latin Rite as it is in the Eastern Rite. This is just strange unless the Latin Rite is going ad orientem too!

A new development this week in the “other” liturgy war: An archbishop at the center of a fight over whether priests in the Syro-Malabar Catholic Church should continue being allowed to face the people throughout the liturgy has resigned at the Vatican’s request.

Archbishop Antony Kariyil handed in his resignation after a three-hour meeting Tuesday with Archbishop Leopoldo Girelli, the apostolic nuncio to India. We first reported the story on Wednesday, and it’s since been publicly confirmed.

Kariyil is the only Syro-Malabar leader to have issued a dispensation exempting priests from adopting a uniform mode of celebrating the Syro-Malabar Church’s Eucharistic liturgy, which requires priests to face east for the Liturgy of the Eucharist. The majority of clergy in Archbishop Kariyil’s Ernakulam-Angamaly archdiocese want to continue facing the people throughout the Eucharistic liturgy, a practice they have followed for the past 50 years.

Let me just bullet point that for you: the Vatican asked an archbishop to resign because he is NOT requiring his priests to celebrate ad orientem. It’s a big Church in a crazy world.

You can read about Kariyil’s resignation here, and catch up on the whole story of what is happening in the Syro-Malabar Church here.

The Syro-Malabar Church I believe to be the more "reformed" of the two in India. Elements of the Syro-Malankara Church are, in principle, familiar however, I've not been exposed to the Syriac Churches and Rites before.

That said, here in the Northeast, we are blessed to be home to a significant population of the diaspora featuring parishes of both Churches.