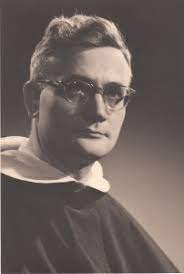 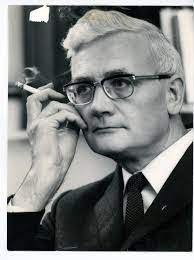 Cardinal Ratzinger and Pope John Paul II put a halt to that. But with the cancellation of these two great popes of sanity and orthodoxy and a return to the ever and always spirit of constantly reforming the Church a la 1970’s mentality, will Pope Francis rehabilitate Father Schillebeeckx and his 1960’s “visionary” spirit of Vatican II theology and change doctrine to accommodate it?
Here’s a time capsule article from an edition of the 1986 Washington Post telling us about a very different Vatican and papacy than what we have today:

The Vatican, in its continuing drive to stamp out dissent, has warned Dutch theologian Edward Schillebeeckx that he is in conflict with church teaching that only ordained priests can consecrate bread and wine for the eucharist.

The rebuke to Schillebeeckx, 71, which was published Tuesday on the front page of the Vatican daily newspaper L'Osservatore Romano and broadcast by Vatican radio, involves no sanctions against the internationally known theologian. But a Vatican official who asked not to be identified told The Associated Press that it was intended as a warning that the Vatican found some of the theologian's views "erroneous." The directive, signed by Cardinal Joseph Ratzinger of the Congregation for the Doctrine of the Faith, said that the "concept of the ministry as set forth by Professor Schillebeeckx remains in discord with the teaching of the church on important points."

Schillebeeckx, a Dominican priest whose writings are widely used in theological education, wrote in a 1980 book, "Ministry, the Case for Change," that in extraordinary circumstances where an ordained priest is not available, a lay person could preside at the eucharist, or holy communion.

In a 1985 letter, the Vatican ordered Schillebeeckx to acknowledge publicly the official church teaching that only ordained priests can consecrate the bread and wine, which Catholics believe become the body and blood of Christ.

The theologian replied that his next book would respond to criticisms and not conflict with church teachings.

In "A Case for People in the Church: Christian Identity and Offices in the Church," published in 1985, he sidestepped the issue by stating neither his view nor the official teaching.

It was his failure to make a formal public retraction in the 1985 work that drew the warning from Ratzinger, who last month rescinded the teaching credentials of Catholic University theologian Charles E. Curran.

In 1979, Schillebeeckx was summoned by Ratzinger to the Vatican for secret hearings on his understanding of Christ's divinity. He was formally cleared of doctrinal error in that case in 1981, but three years later the questions about his doctrine of the priesthood were raised.

The Rev. David Power, who said he uses some of Schillebeeckx's writings in his classes at Catholic University, characterized the conflict as a difference in frames of reference.

First, the Church has alway been "constantly reforming," sometimes urged by gentle forces within the Body of Church, sometimes follwing an impulse that comes from without. Were the Church never in need of reform, not a single Council wold have been called after the death of the last Apostle. Mercifully, God has a different plan.

Second, that "Schillebeeckx...was formally cleared" is important to remember, as some who read of a theologian being "warned" wrongly conclude that that theologian's works are, in toto, suspect or dangerous. This is not the case. Many great theologians through the centuries have been questioned about their beliefs and warned about their manner of expressing doctrine and dogma only to have their ideas vindicated later.

In modern times, people like Teilhard de Chardin (evolution and theology) and John Courtney Murray (religious liberty) had experiences of being "on the outs" with the powers-that-be, but, as time passed, their ideas were seen and understood for what they were - true contributions to our understanding of our Catholic faith.

Third, frames of reference really do matter. How I see/understand a question about doctrine may be considerably different from how someone whose life experience as a Catholoic is very different from my own. Does one approach doctrinal orthodoxy as a means of enforcing uniformity, or as a process of fostering unity among believers? We all experiece the world through different filters. I have to remind myself that not everyone shares the same lenses I use understand and to reflect on a myriad of things.

The view of Rome on what came to be called "Americanism" was the result of a frame of reference held by heads of Roman dicasteries, but not shared by the folks on this side of the Atlantic who were LIVING in the American reality. Cardinal Gibbons received a mild but significant rebuke from Pope Leo XIII in September 1895 after Gibbons participated in the Parliament of the World Religions held during the Columbian Exposition in Chicago in 1892-1893.

Well, the dude looks just like Michael Palin, so it could be an elaborate joke.

Father Kavanaugh, thank you for your comment(s).

The following is among the many interesting points that you have posted here today:

"In modern times, people like Teilhard de Chardin (evolution and theology) and John Courtney Murray (religious liberty) had experiences of being "on the outs" with the powers-that-be, but, as time passed, their ideas were seen and understood for what they were - true contributions to our understanding of our Catholic faith."

That in 1962 A.D., there was a "monitum, or official warning, imposed on Teilhard’s work by the Sacred Congregation of the Holy Office..."

-- "In 1966, just four years after the monitum, Blessed Pope Paul VI delivered a speech in which he said Teilhard was a scientist who “scrutinizing the material, knew how to find the spiritual,” and who had offered “an explanation of the universe capable of revealing the presence of God in it, the traces of an intelligent principle and creator."

-- In 1981, Italian Cardinal Agostino Casaroli, then St. Pope John Paul II’s Secretary of State, published an article in L’Osservatore Romano, the Vatican newspaper, marking the 100th anniversary of Teilhard’s birth, in which Casaroli praised the “astonishing resonance of his research, as well as the brilliance of his personality and richness of his thinking.” Casaroli wrote that Teilhard had anticipated John Paul II’s call to “be not afraid,” embracing “culture, civilization and progress."

-- "Flash forward to 2009, when Pope Benedict XVI publicly praised Teilhard’s notion of the cosmos as a “living host.”

"At the time, the Vatican spokesman, Jesuit Father Federico Lombardi, said, “By now, no one would dream of saying that [Teilhard] is a heterodox author who shouldn’t be studied.”

-- "As for Francis, he cited Teilhard approvingly in footnote 53 to Laudato Si’, suggesting basic admiration for his legacy."

Father McDonald said..."WE TOOK FATHER SCHILLEBEECKX AT HIS WORD IN OUR 1970’S SEMINARY AND BELIEVED THAT BY THE TURN OF THE CENTURY IT WOULD HAVE BEEN SO…"

"Cardinal Ratzinger and Pope John Paul II put a halt to that."

"But with the cancellation of these two great popes of sanity and orthodoxy and a return to the ever and always spirit of constantly reforming the Church a la 1970’s mentality, will Pope Francis rehabilitate Father Schillebeeckx..."

Father McDonald, the 1986 A.D. Washington Post article that you posted noted that Rome's response to Father Schillebeeckx "involves no sanctions against the internationally known theologian."

One online source after another noted that Father Schillebeeckx had died in good standing with Holy Mother Church.

"His most influential work, Jesus: An Experiment in Christology, was considered questionably orthodox by the Vatican in 1984 and the Congregation for the Doctrine of the Faith summoned Schillebeeckx to Rome.

"The congregation questioned him again in 1985 regarding his views on the resurrection of Jesus and again the following year for his understanding of ministry in the church.

"But he was never officially charged or found guilty."

A "monitum" is a warning that a book could be read, but only with the permission of one's superior. It's not a metter of canon law, but one of the prudetial judgment of the superior. It is not an indication that a book contains material contrary to doctrine.

Fr K and Mark Thomas are birds of a feather