HAS POPE FRANCIS WITH HIS NEW LITURGICAL DOCUMENT OPENED THE PATH TO A NEW ROMAN MISSAL THAT BRINGS TRADITION AND NOVELTY TOGETHER? 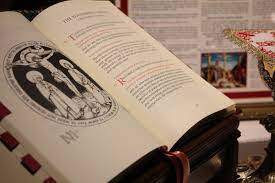 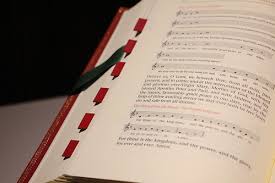 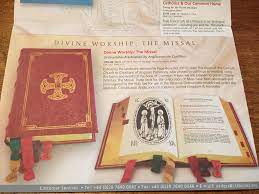 As I have said too many time before, the liturgical way forward is for the normal reformed Roman Missal to follow the order and pre-Vatican II options of the Ordinariate’s Roman Missal, Divine Worship.

The current modern Roman Missal needs only minor adjustments. The current lectionary need not be touched except in a few minor places.

What is the way forward which the Ordinariate’s Missal also allows?

1. The Introductory Rites reformatted to include the option of the Prayers at the Foot of the Altar; the option of the older form of the offertory prayers, the triple “Lord I am not worthy”; The Last Gospel as an option.

2. Mandating the saying or chanting the the proper antiphons, Introit, Offertory and Communion (not to exclude of course, metrical hymns if so desired, but in addition not instead).

4. Reinstate the Season of Septuagesima (with its proper liturgical readings) as well as rogation days.

I think this is a way to liturgical peace with the Traditionalists. I would also suggest that the other Sacraments be allowed in the older form. What would be the big deal with that?

Father, I fear the situation has passed any moderate "Reform of the Reform.It is generally accepted that what the Council Father's wanted was the 1965 Missal.The forces of darkness prevailing in the Church, wanted a more radical ecumenical Liturgy; purged of Sacrificial elements and dumbed down to a Protestant community meal with a presider.That is what we have.No "mutton dressed as lamb" is going to change the nature.I fear only outright rejection of the huge vague gaps in the Novus Ordo (i.e. the Celebrant makes-up the introduction and conclusion (as well as content of Prayers of Fauthful).I have only heard the Roman Canon 2 in last 3 years, the 2nd Eucharistic Prayer , short and quick; rules all.

I agree the 1965 Missal is in line with what the Council Fathers intended except for an expanded Lectionary. If the Mass had remained ad orientem with Holy Communion kneeling and on the tongue we probably would not have lost the millions we did

I encourage you and all who read this blog (Father Fox too), to read this article on Traditionis Crudelis (Custodes). It shows that the current crew in Rome is either abysmally ignorant or simply dishonest:

Here is the money quote:

"Seemingly, though, there are those in the Roman Curia who sincerely believe that Traditionis custodes will result in the disappearance of the usus antiquior from the Church. With all due respect to their Eminent, Most Reverend and Right Reverend persons, they are as out of touch with reality as they are with historical fact. Blind suicidal obedience is a thing of the past. They may rekindle liturgical wars and drive people underground or outside the ordinary ecclesiastical structures; they may well frustrate and even destroy Christian lives and vocations; they may increase division in the Church in the name of purportedly protecting its unity (and for all of that they shall have to answer to Almighty God), but this will only serve to underline the importance and crucial value of the usus antiquior in the life of the Church of today and of tomorrow. So too, the perceived need to resort to such drastic measures to ‘protect’ the usus recentior some fifty years after its promulgation is, perhaps, its greatest indictment."

These photos provide evidence of the utter depravity and dishonesty of Traditionis Crudelis (Custodes).