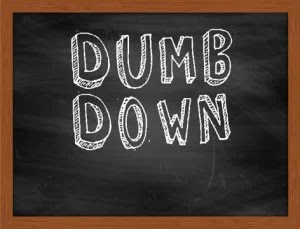 This is an excellent article by Father Z published in 1Peter5. I presume it is a homily and a good one at that for the Gospel of the 1962 Roman Missal for the 6th Sunday After Pentecost, July 17.

It contains some very good biblical scholarship on the Gospel of the day from the lectionary of the 1962 Roman Missal. But more importantly it doesn’t ignite flames of passion against the current Magisterium of the Church thus encouraging many souls to become schismatics or nones. You can read it in full here:

As I write, it is the anniversary of the imposition of Traditionis custodes, certainly the legacy document of the Francis pontificate. While it seems, ultimately, destined for dusty irrelevance, it is now a neuralgic sign of the times. Almost by …

END_OF_DOCUMENT_TOKEN_TO_BE_REPLACED

My comment: I particularly like this passage as what Fr. Z writes/preaches is exactly what I was taught in my Scripture classes at St. Mary’s Seminary in Baltimore in the late 70’s—a natural reason for miracles, thus discounting miracles. It was the meme of the historical/critical method of interpreting the Gospels that is dated to liberal Protestantism  of the late 1800’s and a part of the modernism that Pope Pius X condemned. But this modernism was updated and made palatable to Catholic scholars after Vatican II. But Fr. Z also makes clear the sacramental principle of the Church in terms of the elevation of the natural to the supernatural which post Vatican II liturgical theology also dumbs down:

In these miracles that the Lord performed, using earthly things like mud and spittle, bread and fish, there is an elevation of the natural to the supernatural. It is therefore natural that we should look for supernatural meanings in His actions. For example, St. Thomas Aquinas, in explaining Christ’s encounter with the Syrophoenician woman, says that the five qualities she displays, humility, patience, prayerfulness, perseverance and faith, are sign posts to us: “If we had had these five qualities we should be delivered from every devil, that is, from all sin; which may Christ grant us to be. Amen.”

This sort of elevating explanation is exactly the opposite of what modernists try to do, which is the reduce the supernatural to the natural. For example, in pulpits far and wide when the Gospel accounts of the miraculous feedings come up, priests and bishops will be heard to say that the real miracle was that, inspired by Christ, people took out the food they were all secretly hoarding and shared it with each other. This flies in the face of the account in the Gospel, but that’s modernism for you. This canard was cobbled up some 150 years by a German rationalist who hired Hegel at the University of Heidelberg named Heinrich Paulus (+1851). He explained away Christ’s miracles by reducing them to natural events. His efforts were later taken up by German theologian and musicologist Albert Schweitzer (+1965). He should have stuck with Bach. They both tried to explain away the text by mere natural means. This is the essence of modernism: reduction of the supernatural to the natural.

A clue that you are in contact with modernism is liturgical “dumbing down.” Be wary.

I have never met Father Z but I suspect he is a nice man, just very passionate, like most converts, about the Catholic Faith. We need more priests like him, not more squishes or appeasers.

Father Zuhlsdorf begins with his spewing of venom at the Vicar of Christ.

"Traditionis custodes, certainly the legacy document of the Francis pontificate...ultimately, destined for dusty irrelevance, it is now a neuralgic sign of the times."

Then, Bishop Stephen Parkes is subjected to Rorate Caeli's hatred.

Rorate Caeli, in union with Satan, denounced Bishop Parkes as an "unfaithful bishop"...a coward...who serves "condescending syrup of piffle" to the Faithful.

Welcome to the wonderful world of "traditional" Catholicism.

"While I am an adamant opponent of feminism, I am no less staunch an opponent of chauvinism wherever I see it — and I do see it reappearing in the traditional movement, along with other -isms (e.g., antisemitism, libertarianism, sedevacantism) that are incompatible with Catholic tradition.

"The revival of traditional liturgical practice has permitted the reappearance of some extreme points of view that deserve refutation."

I read it last night, Father.

Thanks so much for posting it here. Appreciate it.
Catechist Kev

Father Z's commentary is very good indeed. I would offer the following about the Lord's encounter with the Canaanite woman, in which he is often thought to have ignored her:

- Our Lord makes a deliberate decision to bring the disciples to a pagan region. He could hardly have been surprised to have a pagan woman approach him.

- Jesus is, at first, simply silent; it is the apostles who say (as they so often do in the gospels): "send her away."

- The Lord's comments about giving food to dogs reflects accurately what the apostles think.

- Notice, after these disparaging comments, the Gospel says, Jesus said "to her" -- weren't ALL the comments to her? Maybe not!

- I think Jesus was simply reflecting back to the Apostles their own thinking, testing their response.

- After all this, the woman makes a praiseworthy response, which Jesus' response highlights; he gives her what she asked, and note well, says: "O woman, GREAT is your faith." Contrast that with what Jesus said to the Apostles, to Peter specifically, just before: "O you of LITTLE faith..."

My conclusion: the trip to Tyre was a field trip in Jesus' seminary, giving the Apostles an opportunity to pracitce what Jesus was trying to teach them. It was in no way about humiliating the poor woman.