LAICIZED PRIEST, NOW IN A SACRAMENTAL CATHOLIC MARRIAGE AND A LAY THEOLOGIAN ON FOX AND FRIENDS THIS SUNDAY MORNING.. 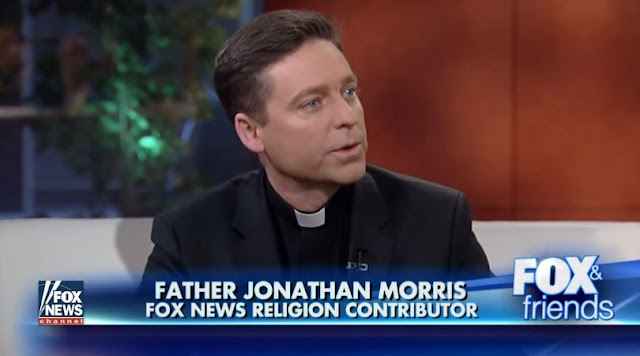 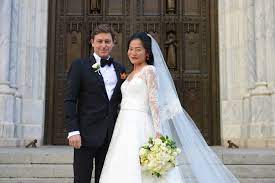 I am uneasy with a laicized priest who as an active priest had a national reputation as being a Church news commentator for many networks and for Fox News. But he hits the nail on the head and says aloud what a significant number of informed bishops, priests, religious and laity feel and think and know. Press title for video broadcast live this Sunday morning, July 31, 2022:

Commentator: "He (Francis) basically was in favor of shutting down churches. He didn't shut down a single church, you ninny. LOCAL GOVERNMENTS - States, Counties, Cities, Villages, Hamlets - were responsible for this.

Vatican City churches were shut down. Pope Francis ordered that.

Increasingly, my mind goes to: "for the good of the Church".

Something seemed off from the beginning, but, I tried to give it a chance. I think even PF himself, as you intimated, realizes something isn't quite right.

It's time for a unifier to bring people together, ALL, Catholics not just picking and choosing based upon ideology. I hope the next pope will address the liturgy wars - the hierarchy might have "won" the short game I guess you could call it, but, that seems to be very short sighted. Roman Divine Worship needs some work, or, a new missal to better bridge the gap with tradition and reforms that were needed around the periphery. When we can't even put up a creche in St. Peter's Square without being controversial, what hope is there? Too much has changed in the world, too much is raw. The Church needs a pastor, someone who isn't always critiquing the most picayune of things, but, someone equipped to teach and spread the gospel, give hope and re-enchant the liturgy so people are again running to it as opposed to the increasing numbers who are running from it, and then, are easily angered if one were to suggest they return. The Church just seems sad anymore. The current occupant of the throne is exhausting with his divisive rhetoric and murky teachings, perhaps he too is about exhausted from the same.

"Excess Mortality in Italy During the COVID-19 Pandemic: Assessing the Differences Between the First and the Second Wave, Year 2020"

Despite my comments that were just honest feedback on how I've been feeling, you tend to keep me grounded, Fr. MJK.

So, if we were having our cigars and discussing this, maybe making the salad while Fr. AJM is charring the steaks whilst enhancing a healthful bronzy glow, I might say the following:

- Isn't it though? "Come and follow me" wouldn't likely have amounted to much longer-term coming from a despot. I might suggest that the message of hope might be negatively impacted. Without providing hope, furthering the faith is difficult, no?

- 100% agree. However, is PF's approach productive? Productive to those who have faith, but, might not have had an opportunity to become learned such that they are able to successfully think through and overcome the complications? Shouldn't a pope be very direct and very clear?

- Agree. He doesn't need to embrace our world view just because.....

- I'm not bothered by criticism by PF. He's free to do so and, perhaps, he might offer a suggestion worthy of reflection.

Byz - The pope could be VERY popular and gain lots of followers tomorrow were he to reverse the decision regarding artificial birth control. No, the pope's job is not to be popular. I suspect there are many people who lead well without being liked very much.

Pope should be very direct and clear when that is necessary or required. As I said, many people think that every issue is crystal clear, that, in terms of doctrine, there's nothing new under the sun, that repeating what has already been said is all that's required. I don't agree.

Jonathan Morris claimed that Pope Francis has, as compared to the beginning of the Pope's Pontificate, lost an "unbelievable amount" of goodwill.

That lady on the panel claimed that Pope had displayed a lack of leadership during the pandemic. She said that his supposed lack of said leadership had resulted in his having experienced a substantial loss of goodwill among Catholics.

The reality is that Pope Francis enjoys a massive amount of goodwill among the Faithful.

1. At least among polls/surveys of Catholics within the United States:

In 2020 A.D., as well as 2021 A.D., surveys conducted by the Pew Research Center had found that Pope Francis' "favorability also has remained steady among U.S. Catholics, with 82% of Catholics in both the March 2021 and February 2020 surveys saying they have a favorable opinion of the pope."

As to the lady panelist, her claim that Pope Francis displayed poor leadership during the pandemic...and that lead to the erosion of the Faithful's level of goodwill will for the Holy Father...

He had instituted worldwide calls for prayers and fasting to entreat our Majestic God to lift us from the pandemic. Pope Francis had brought comfort and love to countless folks throughout the world.

In powerful fashion, Pope Francis had initiated a tremendous spiritual response to the Covid crisis.

Just one of such powerful, numerous examples:

-- Pope Francis’ twin prayers for an “end to the pandemic”

"Pope Francis left the Vatican on Sunday to visit two important pilgrimage sites in Rome to pray for the city and the world, in the midst of the Covid-19 coronavirus outbreak.

"Two intense moments of prayer: one before the ancient icon of Maria Salus Populi Romani at the Basilica of St. Mary Major, and the other at the foot of a wooden crucifix that protected Rome from a great plague."

The folks on the Fox News panel in question trafficked in nonsense.

The panelists' comments in regard to Pope Francis' supposed negativity toward America, as well as his supposed limited understanding of capitalism, are ridiculous.

"Indeed, it can be said unhesitatingly that this is one area in which the Pope will find mostly allies in Traditional Catholics."

The Fox panelists believe that Pope Francis is negative in regard to America. Well...

The panelists would do well to read some of the horrific comments that conservative/traditional Catholics have issued in regard to America.

APARECIDA, BRAZIL — Pope Benedict XVI ended his first pilgrimage to the Americas much as he began it: with a searing attack on diverse forces, from Marxism and capitalism..."

In regard to the supposed confusion that Pope Francis has unleashed within the CAhurch:

Via his communion with Pope Francis, my bishop is not confused remotely as to Church teaching.

Cardinal Sarah is not confused as he declared that Pope Francis has "openly and vigorously defends Church teaching on contraception, abortion, homosexuality, reproductive technologies, the education of children and much more."

Early in Pope Francis' Pontificate, Bishop Morlino (requiescat in pace) noted that "confusion" in regard to Pope Francis had resulted from folks who had misrepresented Pope Francis. That nonsense continues today.

By the way, Bishop Morlino noted in regard to capitalism:

"If we look at the great Encyclicals of Pius the XI and Leo the XIII, and even the Encyclical of John Paul, (they say) to be very careful of capitalism."

That Fox & friends segment was awful.