THE GOAL BY POST-CATHOLIC, POST-CHRISTIAN, POST-COMMON SENSE SECULARISTS IS TO RID SAN FRANCISCO OF CATHOLICISM

Pray for Archbishop Cordileone as he fights the good fight, the spiritual battle, against the devil:

From The San Francisco Chronicle: 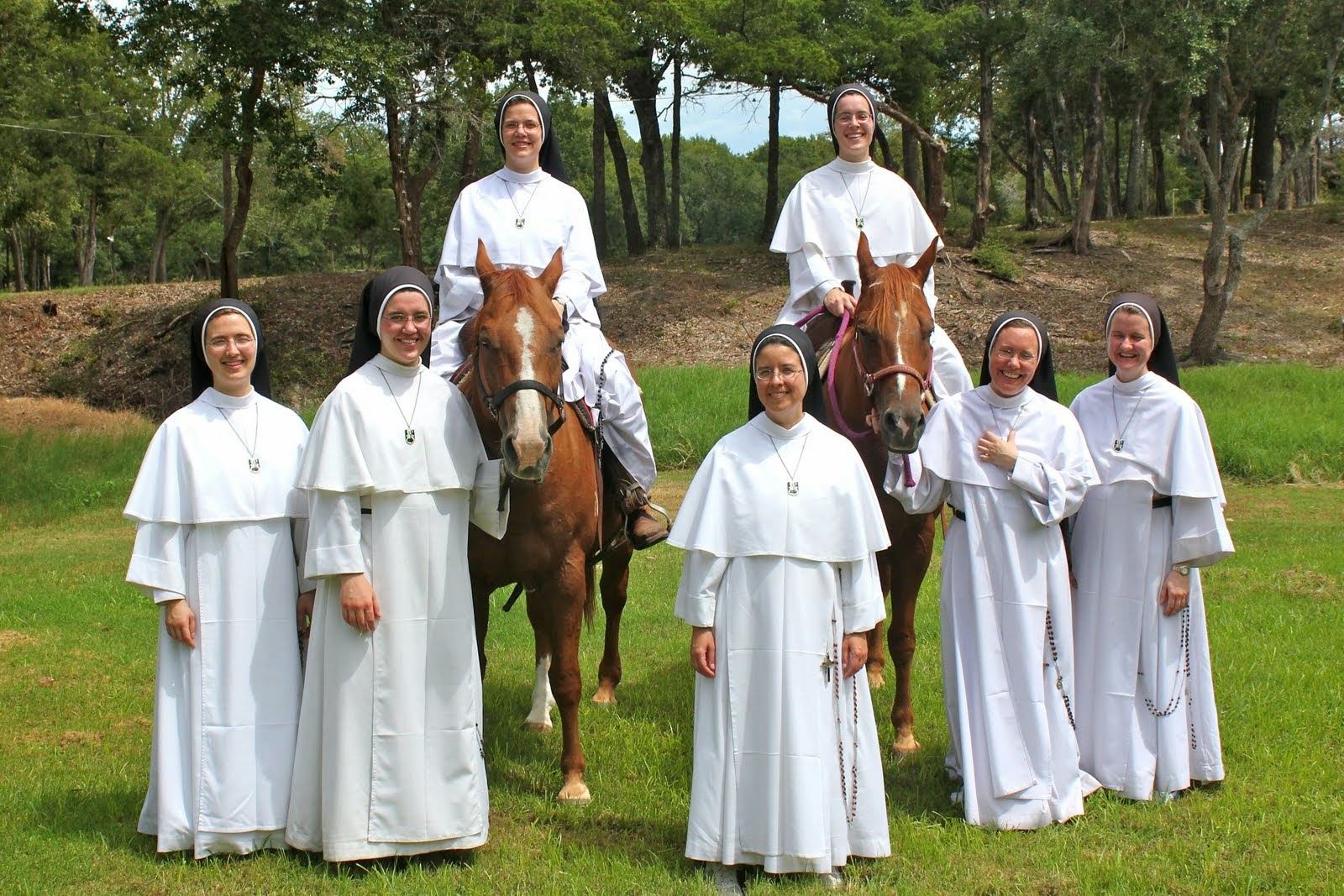 The divisions within the Bay Area’s Catholic community over gay rights hit Marin Catholic High School full force the other day, when a group of nuns walked out of their classes to protest the sponsors of a program intended to protect gay and lesbian teens from bullying.

The five members of the Dominican Sisters of Mary order exited their classrooms Friday as students began handing out flyers at the Kentfield school promoting a nationwide Day of Silence.

Their walkout came one day after 100 prominent local Catholics attracted national attention by taking out a full-page ad in The Chronicle calling on the pope to oust Archbishop Salvatore Cordileone, in part for trying to get teachers at Catholic schools to sign off on a morality clause that characterizes homosexual relations as “gravely evil.”

Marin Catholic High President Tim Navone and Principal Chris Valdez tried to put out the latest brushfire with a letter to parents about “a challenging day on our campus resulting in both students and faculty feeling confused about our mission.”

…When some Marin Catholic High students began handing out Day of Silence-related stickers and flyers on campus Friday morning, the five nuns felt “felt compromised, offended and uncomfortable,” Sister Clare Marie, one of the teachers, later wrote in a lengthy e-mail to her students.

She said the sisters “do not support bigotry or any kind of prejudice,” but that they were compelled to act out against an event promoted by a group that “believes actively in promoting homosexuality in all classrooms, K-12.”

Her e-mail also accused the group’s members of speaking out “against Christians who do not share their views” and handing out materials that “say that any church which teaches homosexuality is sinful is an ‘oppressor’ and should be opposed.”

The can of worms is wide open, we knew this and more would be coming to San Fransisco as soon as His Grace Archbishop Cordileone was elevated to his post. They also attacked the good Father Illo and Father Driscoll at Mary Star of the Sea Church because he wants only boys to serve at the altar for this promotes vocations and he is CORRECT!!!! Enough of the girls running around the altar giggling and wearing ponytails, also his parish is home to the TLM which of course the modernists hate with a passion as does the devil. Pray for him and His Grace the Archbishop for the devil is strong in San Francisco, and support these good sisters for they will be next to be attacked.

If you don't know by now, Archbishop Cordileone has a DUI on his record. It happened a couple of years ago when he was visiting his late mother in another California city. He had too much wine with his meal and it could have happened to anyone. He plead guilty, was place on probation for three years and paid a fine.

I only mention this because it will surely be used as the excuse to bring him down. When the "merciful" liberals have their way and eliminate this good bishop will your support for him then evaporate and re-assert that this pope "means business"?

Christ, the Son of God was fully human, but being Divine, He was without sin even in His humanity. Being God, He would not transgress the very Law of which He was the source.. By special dispensation, His Mother was created without sin but also subject to the Law of which she faithfully obeyed. Does this not tell us that being without sin is what is desired of us by God? Are are we not to imitate Christ and His mother? And are we not to do this by striving not to sin?
The Gentiles having been placed under the New Covenant were likewise subject to the Law. This was not to the rigorist proscriptions enforced by the Rabbinical class but rather the Commandments which were handed to Moses by God Himself. Now God knows that it is not within our power as human beings to keep form sinning and so he gave us the sacraments of Confession and the Holy Eucharist. These instruments of God's Mercy are the Divinely-appointed means for us to strengthen and build up our relationship to God and to repair our relationship to Him, if by our sins it is broken. As Catholics, we should be grateful and give thanks to God that these gifts are available to us and that we know by His grace that we need to avail ourselves of them. With Confession, our sins are forgiven.
With the Holy Eucharist the effects of our transgressions are healed and our defects and wayward inclinations are overcome. God created us from nothing. Christ, the Son of God, suffered and died for our sins. He paid a debt for our transgressions. Everything we have we owe to God. He owes us nothing. It is we who owe Him. God wants us to repent of our sins, and bring to Him our sins with a contrite and remorseful heart.

The secularists won't rid San Francisco of Catholicism. The "Catholics" will.

Post Catholic does not equal Catholic but equals secularists. The former Catholics now secularists but still claiming Catholicism are like communists who infiltrated the Church even as priests and bishops to undermine the Church during the cold and how war periods.

hot war, not how war.

The bishops Pope Francis has removed, even though conservative, have real issues with the sex abuse scandal and it is this scandal, not DUI's that now has a supposed zero tolerance. I happen to think zero tolerance and a one size fits all cases is a bit of an over reaction and a capitulation to those who while victims and advocates now hate the Church and use their hatred to manipulate the Church. They seek revenge not justice.

Is it even possible for religious freedom and homosexual advocacy to coexist? Advocates for contraception, abortion and divorce learned to live with us, but this new movement seems determined to silence us.

Father, I agree, but as far as the secularists (and press) are concerned these people are the face of the "kind", "loving", "tolerant" and "welcoming" Catholics -- not those other kind.

JBS, those other forces are entrenched for the long battle. The homosexual advocates are drunk with Pride and giddy about what they think they are doing -- the first "right" "won" by social media via the manipulated youth.

Pray for California, that realm wherein you labored so heroically to bring the light of the Gospel!