IT'S CHASTITY STUPID! AND WHICH CATHOLICS WILL GENUFLECT TO THE STATE RELIGION OF SECULARISM AND THEIR gOD OF MONEY? 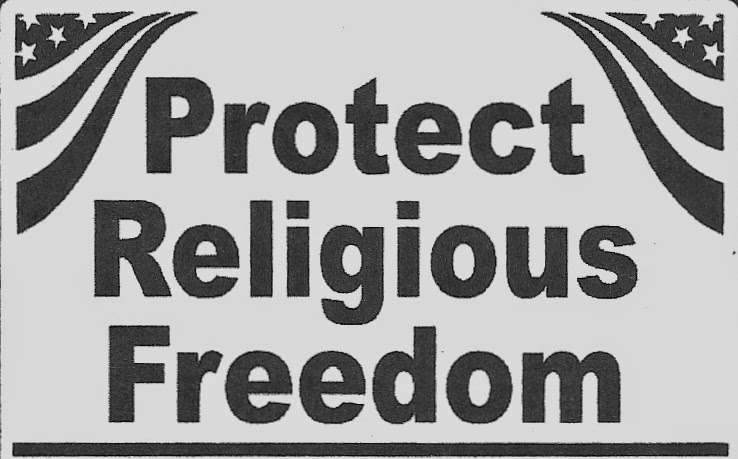 Okay, it isn't nice to call people stupid or ignorant when in reality they actually are when it comes to the Catholic Faith and our moral teachings on sex.

The Catholic Church calls all Catholics and others of good will to chastity, given their state in life. For the married couple, chastity means fidelity to one's spouse.

For the single Catholic, no matter their sexual orientation, it means abstaining from genital sexual activity of any kind.

For any Catholic who fails in chastity and commits sin, if it is determined the sin if a mortal sin, the Church has the medicine for it: acknowledging one's sin, repenting from it with a firm purpose of amendment and going to sacramental Confession.

But I fear the lack of respect that the gay lobby has for religious liberty especially now with powerful backers not only in the media, but also in government and now, the most important of all, the business community where the almighty dollar is to be revered and worshiped, (thus another reason why Pope Francis is so correct on how money in the Capitalistic societies drives morality, amorality and immorality), that they will stop at nothing until every Christian capitulates to the Church of the American Government, Secularism, especially when it comes to sex, marriage and whatever else you want to categorize under sex.

In the Catholic workplace, whether it be the parish, school, pastoral center or social agencies of the Church, if the Church dismisses from employment an openly gay worker who plans to married his same sex partner and make their lifestyle public and in-your-face kind of dissent from Catholic moral teachings, the gay man or lesbian woman would then say that the Church discriminated against him or her or whatever because he or she or whatever didn’t conform to traditional gender stereotypes and was planning to marry their same sex partner.

Just where will all this end? How will authentic Catholics who are not likely to genuflect to popular political and secular opinion and tyranny going to cope? Are we willing to go to jail, be mock, marginalized and ridiculed? I think this is what we are going to have to happily embrace for the sake of Christ and His Holy Church.

This really just needs to come down to the states. Why is that so hard?

It will end with martyrdom, or maybe with arms. But don't be surprized, most people abandoned Christ at the cross and refused to stand firm in the times of roman persecutions. Humans, for the most part, do not transcend their animalistic tendencies and act on irrational behaviors when their security is threatened.

Religious liberty means that each of us gets to live according to our own values and our own religious faith.
It doesn't mean that we get to tell others how to live or to give our own religious beliefs the weight of law.
Jews don't to tell us we can't eat pork. Muslims don't get to order women in the U.S. to wear chadors. Catholics don't tell Mormons how to live. And so on. That's how it's worked for 230-plus years, and most people are OK with that.
Being in business means you agree to serve the public. And "the public" means people you don't know, that you may disagree with or who may live their lives in ways you don't approve of.
If that troubles you, then perhaps you shouldn't be working in what they call "the service industries." There are plenty of other ways to make a living.
But we settled this 50 years ago, didn't we? People don't get to decide who sits at the lunch counter based on so-called "religious objections."
Christ dined with the prostitutes and tax men; I'm pretty sure he'd be OK with serving gays in your pizza parlor.

It is more complex than that. I suspect that people would want to put a Muslim out of business who makes tee shirts but refuses to place an image on it that contradicts his faith, like Mohamed who I understand should not be placed on t-shirts.

Or the piano teacher who hires herself out for wedding receptions, does she not have a choice as to which receptions she will and will not do?

And finally Catholic priests who must discriminate against those who have an impediment to marry as this is a Sacrament of the Church that requires one man, one woman and no impediments, even psychological.

Are you going to go after the Church on this one and force her to eat pork?

We know how it all ends. Not well. But, there is a path to eternal joy. Chose that path and let the rest be as less consequential as a subatomic particle in a universe of sand.