THE ALTAR GATES ARE COMPLETED NOW WITH THEIR MARBLE TOPS! 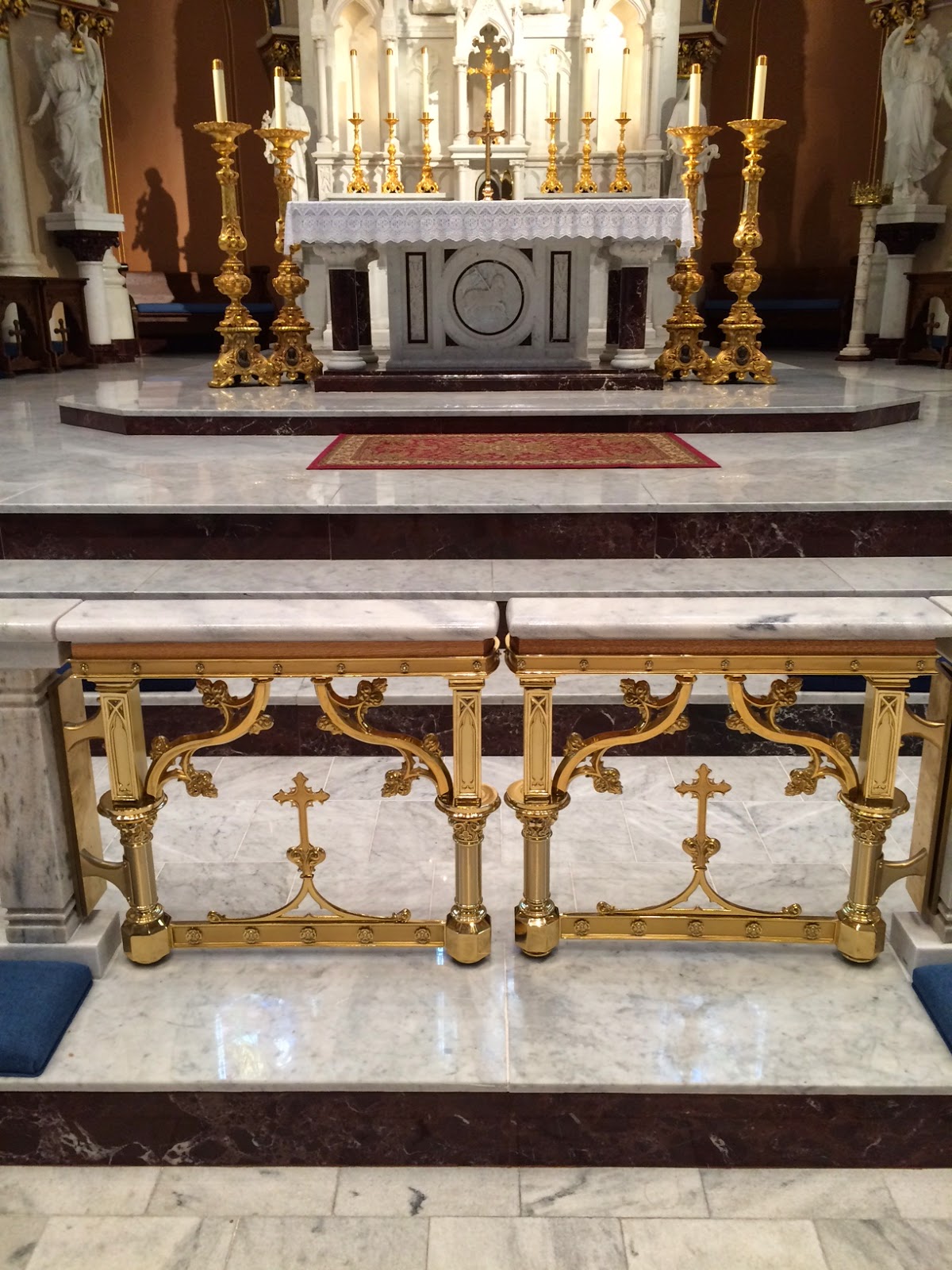 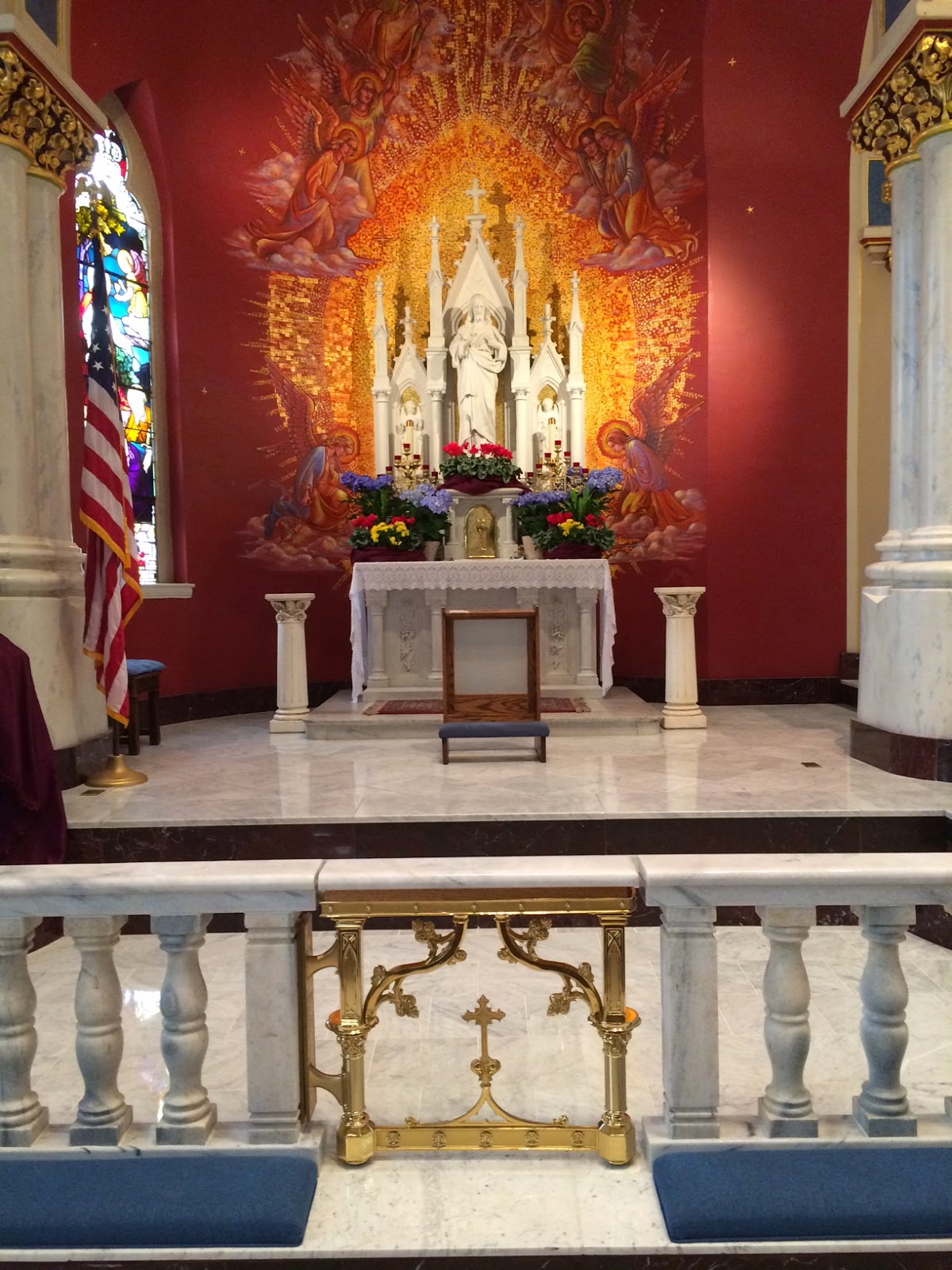 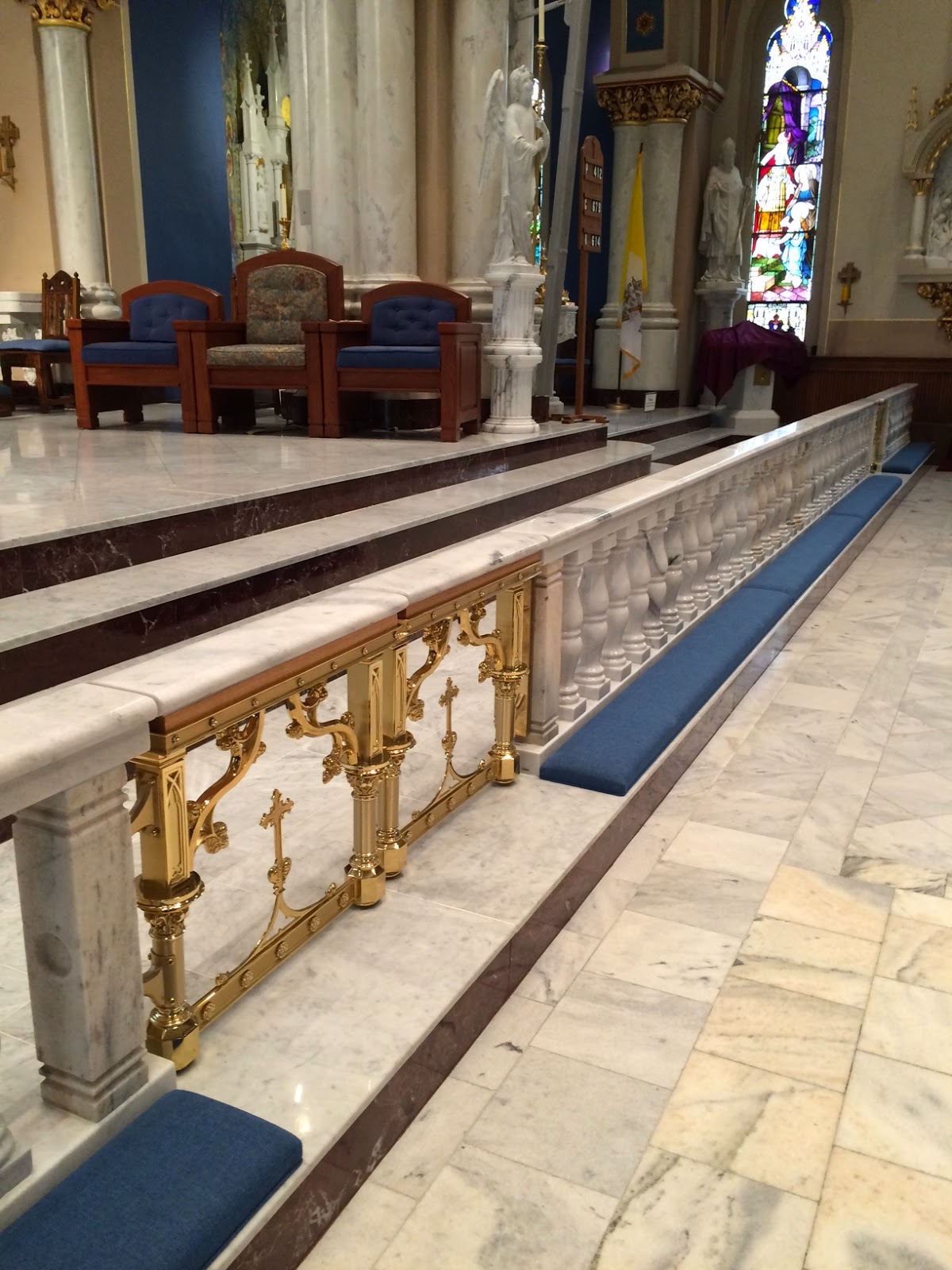 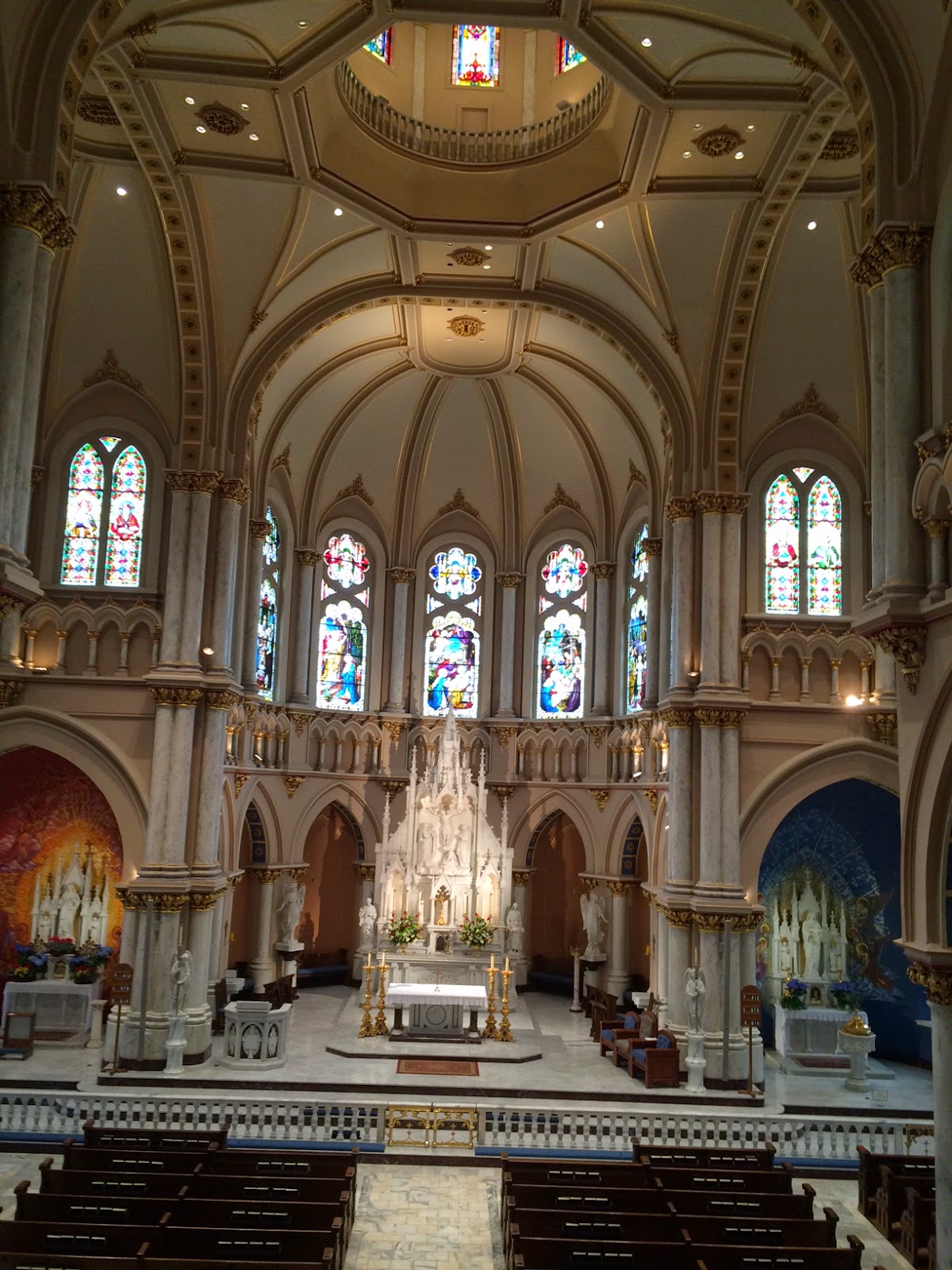 Phenomenal. Now please pray that my parish eventually gets its rail restored, too!

yes, there are four but the forth one isn't visible in the photo, so which one is the original of the three shown?

I guess the second. But it seems impossible to tell.

Actually it is the left center gate which originally had been the only gate that wasn't removed in the early 1970's for some odd reason and it was where the Sacred Heart chapel is, which is the second photo.

Don't ask me why it was used as the center gate and not placed back where it was.

We have no idea where the other three gates are or went to, I suspect they adorn someone's home or were sold to an antique dealer.

I am very happy for you, Father. And for your parish!

Beautiful! Sadly, our gates which are from the same era are mounted in fragments on the parish hall wall. There is a plaque which says something to the effect of "the communion rail and gates were removed when the reforms of Vatican II were implemented.
So happy for your parish!

Very beautiful, Father. I wasn't able to pick which gate was the original. You obviously have very good people in your parish. If only more parishes would do what you have done.