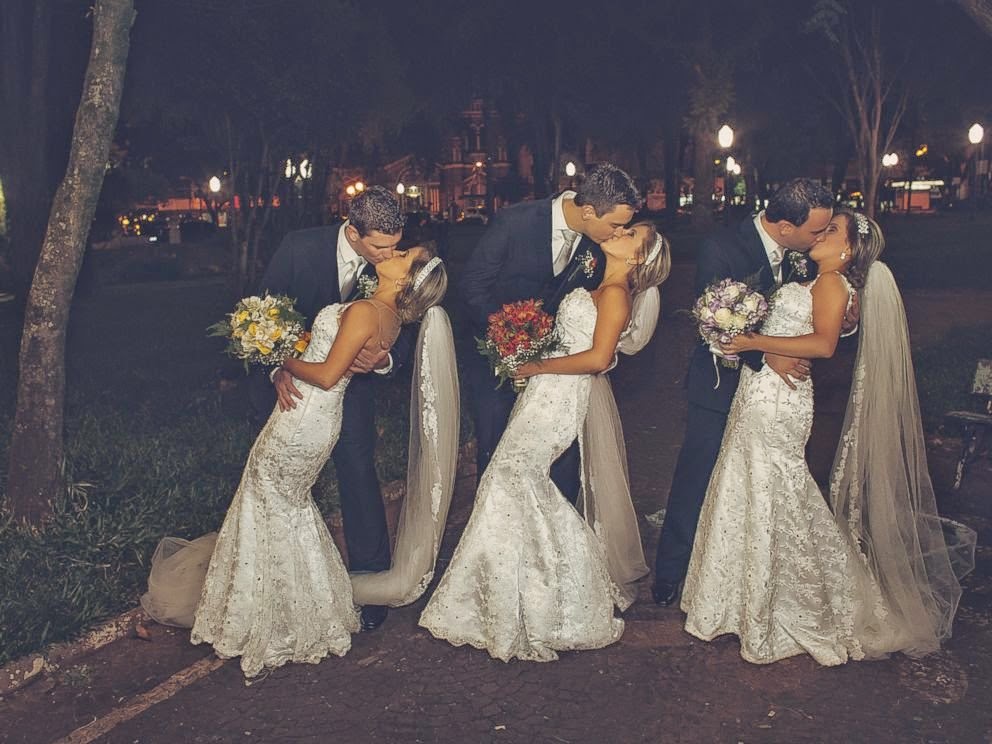 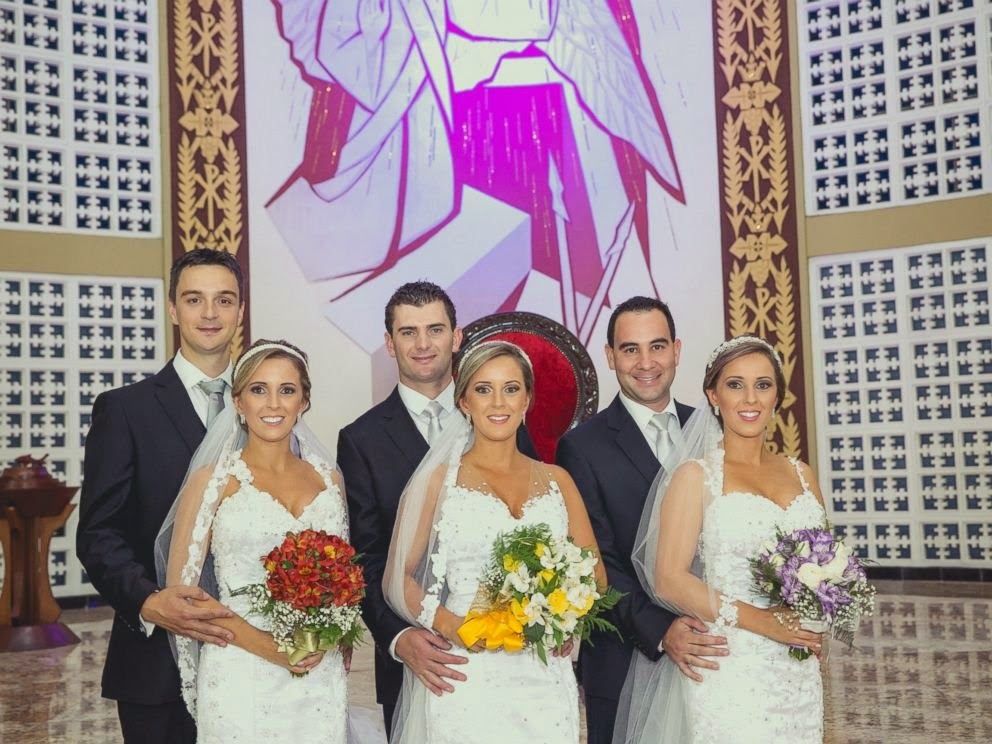 Identical triplet sisters gave guests triple vision when they walked down the aisle and said "I do!" together at their joint wedding in Passo Fundo, Riuo Grande do Sul, Brazil.

Tagiane Bini, Rocheli Bini and Rafala Bini, all 29, wore the same dresses and had the same hairstyle and makeup when they tied the knot. The only difference among them were the colors of their bouquets.

The ceremony, which took place in Catedral Nossa Senhora Aparecida on March 21, was "special and one of a kind," wedding photographer Diovane Moraes told ABC News today. There were over 600 guests, he added.
Posted by Fr. Allan J. McDonald at Wednesday, April 01, 2015

And oh, yes. I knew of a brother-and-sister team who married a sister-and-brother team. Their two sets of children do look and act more like siblings than cousins.

The children are my grandson's cousins. Since they only have two sets of grandparents between them, they used to "borrow" my [late] husband and me [from our grandson] as "extra" grandparents. We loved it.