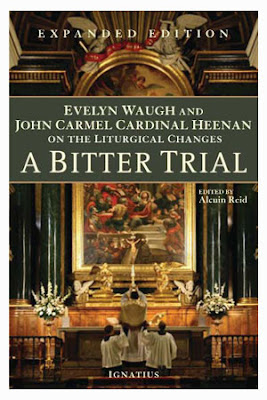 THE OXFORD DECLARATION
(1996)
(The appearance of the Oxford Declaration and the immediate response to it is one indication of the fact that a revived liturgical movement is now gaining strength and confidence in England as well as the United States. The Declaration was published in the name of the Liturgy Forum of the Centre for Faith and Culture, constituted under the chairmanship of Mgr Peter J. Elliott, a Vatican official and author of Ceremonies of the Roman Rite, at the conclusion of the Centre's summer conference).

1. Reflecting on the history of liturgical renewal and reform since the Second Vatican Council, the Liturgy Forum agreed that there have been many positive results. Among these might be mentioned the introduction of the vernacular, the opening up of the treasury of the Sacred Scriptures, increased participation in the liturgy and the enrichment of the process of Christian initiation. However, the Forum concluded that the preconciliar liturgical movement as well as the manifest intentions of Sacrosanctum Concilium have in large part been frustrated by powerful contrary forces, which could be described as bureaucratic, philistine and secularist.

2. The effect has been to deprive the Catholic people of much of their liturgical heritage. Certainly, many ancient traditions of sacred music, art and architecture have been all but destroyed, Sacrosanctum Concilium gave pride of place to Gregorian chant, yet in many places this "sung theology" of the Roman liturgy has disappeared without trace. Our liturgical heritage is not a superficial embellishment of worship but should properly be regarded as intrinsic to it, as it is also to the process of transmitting the Catholic faith in education and evangelization. Liturgy cannot be separated from culture; it is the living font of a Christian civilization and hence has profound ecumenical significance.

3. The impoverishment of our liturgy after the Council is a fact not yet sufficiently admitted or understood, to which the necessary response must be a revival of the liturgical movement and the initiation of a new cycle of reflection and reform. The liturgical movement which we represent is concerned with the enrichment, correction and resacralization of Catholic liturgical practice. It is concerned with a renewal of liturgical eschatology, cosmology and aesthetics, and with a recovery of the sense of the sacred--mindful that the law of worship is the law of belief. This renewal will be aided by a closer and deeper acquaintance with the liturgical, theological and iconographic traditions of the Christian East.

4. The revived liturgical movement calls for the promotion of the Liturgy of the Hours, celebrated in song as an action of the Church in cathedrals, parishes, monasteries and families, and of Eucharistic Adoration, already spreading in many parishes. In this way, the Divine Word and the Presence of Christ's reality in the Mass may resonate throughout the day, making human culture into a dwelling place for God. At the heart of the Church in the world we must be able to find that loving contemplation, that adoring silence,which is the essential complement to the spoken word of Revelation, and the key to active participation in the holy mysteries of faith.

5. We call for a greater pluralism of Catholic rites and uses, so that all these elements of our tradition may flourish and be more widely known during the period of reflection and 'ressourcement' (going back to the sources) that lies ahead. If the liturgical movement is to prosper, it must seek to rise above differences of opinion and taste to that unity,which is the Holy Spirit's gift to the Body of Christ. Those who love the Catholic tradition in its fullness should strive to work together in charity, bearing each other's burdens in the light of the Holy Spirit, and persevering in prayer with Mary the Mother of Jesus.

6. We hope that any future liturgical reform would not be imposed on the faithful but would proceed, with the utmost caution and sensitivity to the sensus fidelium, from a thorough understanding of the organic nature of the liturgical traditions of the Church. Our work should be sustained by prayer, education and study. This cannot be undertaken in haste, or in anything other than a serene spirit. No matter what difficulties lie ahead, the glory of the Paschal Mystery - Christ's love, his cosmic sacrifice and his childlike trust in the Father - shines through every Catholic liturgy for those who have eyes to see, and in this undeserved grace we await the return of spring.

This was a wonderful read. If you look to my reading list several threads ago, it is included. I strongly recommend everyone read it.

May perpetual light shine upon you, Evelyn Waugh!